Volkswagen Vento 2015 Facelift to be launched this Month 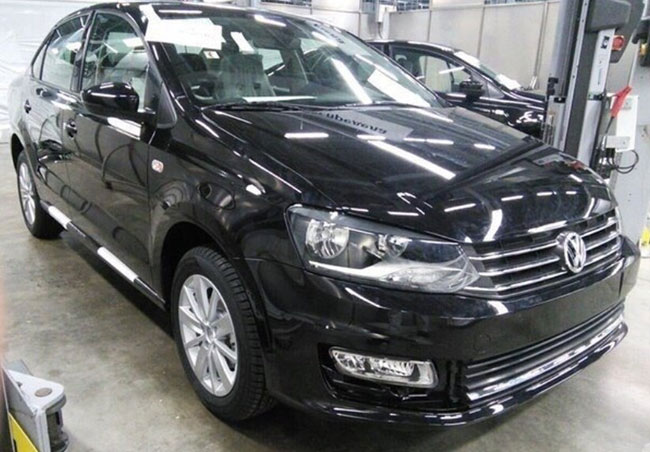 Popular Automotive brand, Volkswagen India will officially launch the facelift of Volkswagen Vento in India by the end of this month. A report by AutoCarIndia confirmed on this.

Volkswagen Vento 2015 Facelift to be launched in India this month

The Vento facelift was found on numerous instances around Pune. There are minor cosmetic changes on the car’s exterior and few tweaks in the interior of car. When it comes to exterior features of new Volkswagen Vento Facelift – the car comes with a unique front triple slate griller, a very visually pleasing Volkswagen badge, much flatter bonner. fog lamp enclosure, brand new wing mirrors that integrates well with the indicators. Updates done to the rear side of the car include a well-redesigned boot lid, chrome strip which is horizontal across the boot. The interiors of Vento facelift has changes in terms of shades of colors.

As far as engine powering the new Vento is concerned, do not expect any change. 2015 Volkswagen Vento will continue to be powered by one diesel and two petrol engine options. Diesel engine is in the form of a 1.5 liter four cylinder, turbo, with peak power of 105 PS and peak torque of 250 Nm. This engine is mated to a 5 speed manual or 7 speed DSG.

When it comes to the new Volkswagen Vento engine, there are no changes at all – it same engine as that of the original Volkswagen Vento. The 2015 edition of Vento is powered by 1 diesel engine and 2 petrol engine. The diesel engine of this car has a capacity of 1.5 litres, consists of 4 cylinder which is turobocharged. The engine of new Vento delivers a peak torque of 250 Nm and power of 105 PS. The car’s engine has been coupled with 5-speed manual transmission or 7 speed DSG.