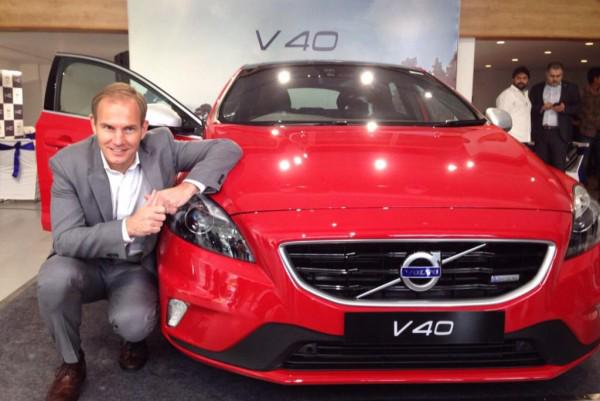 Talking about the specs, the imported Volvo V40 hatchback would powered by the diesel engine which is present in Cross Country. It is a 2.0 litre D3 diesel 4 cylinder engine which generates a peak power of 152 PS at 3,750 rpm and a maximum torque of 350 Nm at 1700 to 3000 rpm. The engine of new Volvo V40 transmits the power to front wheels via a 6-speed automatic transmission. The mileage of Volvo V40 is expected to be at 16.8 Kms per litre.

While the Volvo V40 Cross Country is available with a T4 petrol engine since April 2015, the V40 hatchback is not. V40 hatchback shall only get a diesel engine as of now. The petrol variant of Volvo V40 is expected to be launched in future. 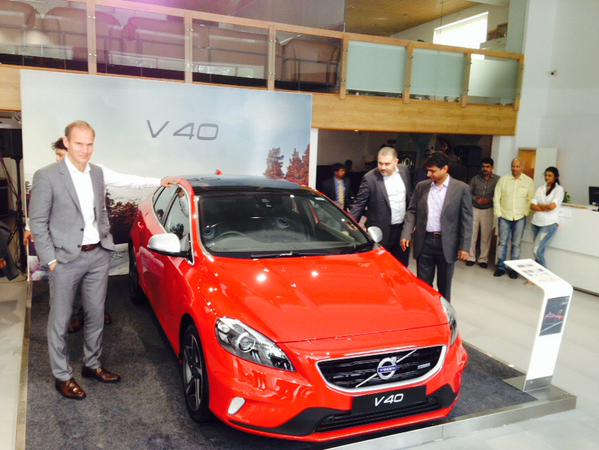 Mr Tom von Bonsdorff who is the new Managing Director of Volvo Auto India was present during the launch of new Volvo V40 hatchback today in Hyderabad.