India’s leading car manufacturer, Ford India launched the all new Ford Figo few days back (Read: Ford launches New Figo hatchback in India at 4.29 Lakhs). What is making news is a TV commercial launched by Ford India to advertise the newly launched all new Ford Figo hatchback. It is a very small TVC which is cleverly done keeping the general Indian situation in mind – couple getting struck in a traffic jam when they are on the way to visit friend’s birthday party and how cleverly they commute on their Figo without failing to surprise their friends with flower.

In the new Figo ad video, you would notice the young man dialling up the free delivery of bouquet service phone number with the help of new Figo’s voice assistance feature ( Read about SYNC feature ) to get the flowers delivered to friend’s location when they are on the way. You must watch this new Figo Advertisement yourself to understand. This ad is cleverly done and nicely executed providing a great mileage for next generation Ford Figo’s promotion. 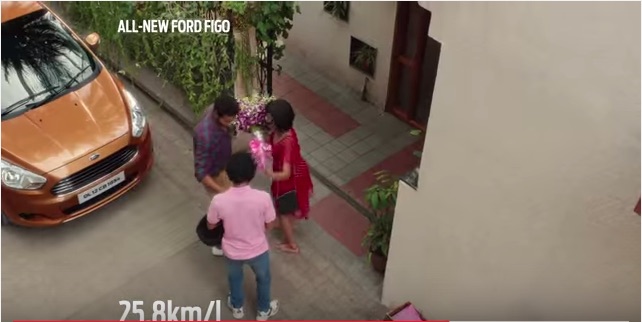 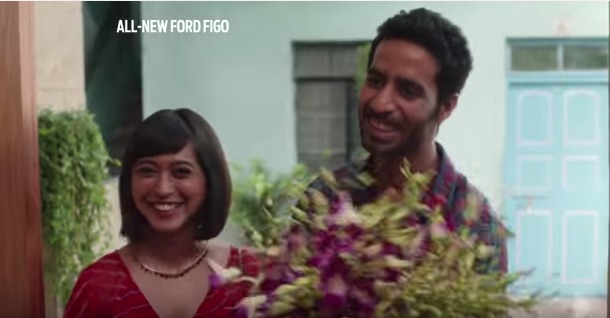 The next generation Ford Figo hatchback was introduced after the launch of Ford’s compact Sedan Figo Aspire which happened last month. While there was a huge pre-launch marketing campaign featuring Farhan Akhtar was involved while bringing the new Aspire, there were no such heavy pre-launch campaigns done for all new Ford Figo as the Figo hatchback brand is quite well-known among Indian audience as the car is present in India right from 2010.

A couple, running late for a brunch and stuck in traffic. Watch how cleverly they reach their destination in the All-New Ford Figo. It’s Clever, Just Like You.

Let us know what do you think of this new Ford Figo TVC. Do comment below!

Mercedes Maybach sold out even before India launch