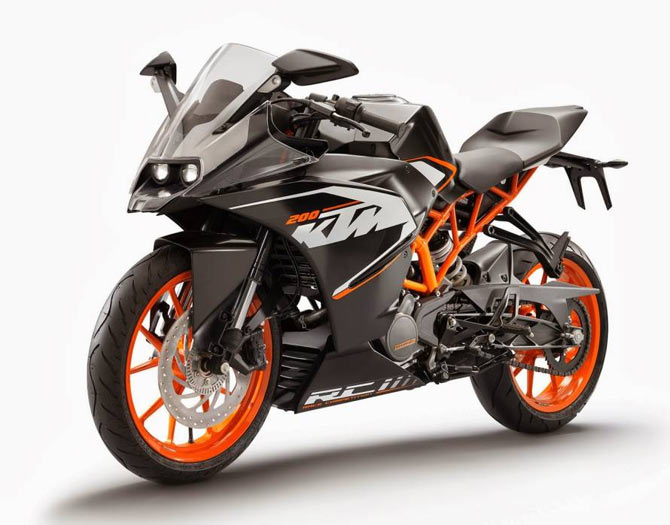 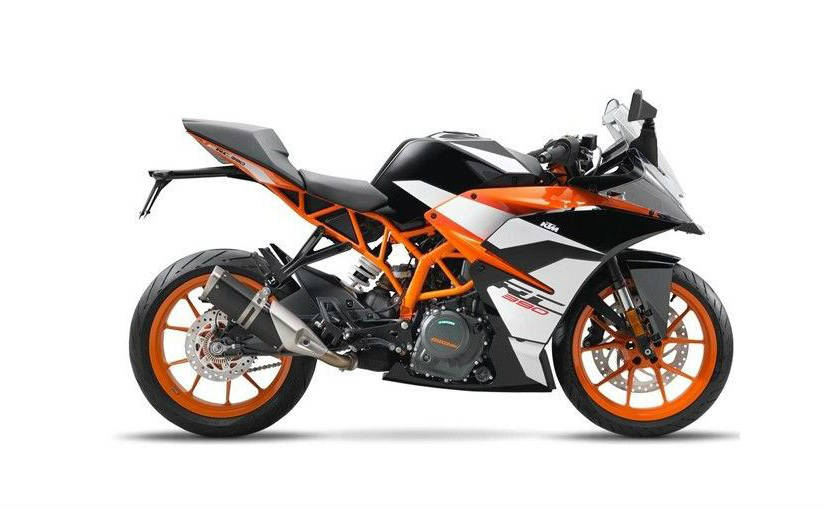 Bajaj has just made an announcement that they will be launching the much awaited 2017 edition of the KTM RC range in India on 19th of January. Currently, KTM sells the RC 200 and RC 390 from its supersport category of motorcycles in India. The upcoming 2017 editions of KTM RC motorcycles were first unveiled by the company at the 2015 EICMA motorcycle show which was held in Milan.  Both 2017 RC 200 and RC390 are expected to get mechanical upgrades.

As per the 2017 update, the all new RC 390 would be getting a black-orange color scheme  that comes with fresh graphic design in white . The orange color which is used for trellis frame and wheels are now made prominent  on body panels.  There is also going to be mechanical upgrades – the bike motorcycle will be getting a larger 320mm disc instead of 300mm on current version and also a side-mounted exhaust which replaces the underbelly unit to comply with new emission standards.  Features like slipper clutch, ride-by-wire and switchable ABS remains the same.

The motorcycle will be officially launched / announced on January 19th.