The updated 2019 Figo is a vastly better car than the earlier model plus it is cheaper now. 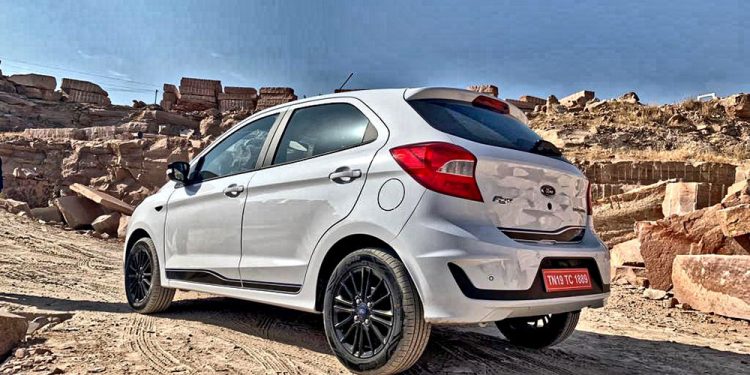 The Figo changed Ford India when it was first launched and it was a solid hit. It has been a success for India apart from the EcoSport. However the current gen when it came in, could not replicate it. Competition has been tough in the hatchback space with features and styling being sought after. The current Figo was lagging behind in the features department and was getting a bit old. Ford has now revived it and with that has given it a fresh new look, added equipment and crucially a new petrol engine.

As is with the new Aspire, the new Figo borrows its look and it sure carries it off. The styling is premium now especially in the signature maroon like shade. There are aggressive looking new bumpers, grille and lights. However if you want more there is the new Titanium Blu top-end trim which has the styling much like the earlier Figo Sports with the blackened grille, contrast roof and new 15 inch alloys. Build quality is very good too.

The interiors of the earlier Figo were dated and now finally Ford has updated it. The changes are very important and the whole look is different now. Just like the Aspire, it has a new touch screen and whole graphics, useability is very good indeed. Quality is along with class standard and has a durable/tough build feel. Space is good enough and comes across as airy with three at the back being no issue. The Blu adds some, you guessed it blue touches inside and it is tastefully done being not vulgar.

Here the big change is here with the new touch screen. It is slightly smaller than the EcoSport but the useability plus graphics is very good. The other additions include in-built navigation, auto headlamps, push button start/stop, rain sensing wipers, electrochromic inside rear view mirror (IRVM), 6 airbags, climate cotrol, adjustable rear headrests. However it misses out on features like rear ac vents, Apple CarPlay, Android Auto or even the SYNC3 which is there on other Ford’s.

The diesel is the same 1.5l motor with 100 bhp and that continues to entice enthusiasts with its diesel punch. It pulls very well and is fun to drive plus having excellent economy. The new one is finally the 3cylinder 1.2l petrol which comes from the new family of Ford engines. This new petrol engine is crucial and changes the appeal of the Figo. Mileage is improved now (20.4 kmpl) which is very important. The engine also matches to an agile hatchback. For a 3 cylinder refinement is superb and it actually feels like it has 4.

But it is also not as gutless as the earlier petrol, there is punch and you do not need to downshift always and it cruises well. The 96 horses and 120Nm of torque means it is quick and feels like it.

The clutch/gearshift/steering have a satisfying weighty feel. It also handles very well plus the ride is despite bigger wheels is not affected. There is also a 1.5l petrol which is available with a 6-speed torque converter. While we did not drive it, the same gearbox with the EcoSport AT impressed us.

The Titanium is the one to but though the best variant is the Blu. The added styling of the Blu trim does add an element of sportiness which matches to the Figo.

The Figo starts at Rs 5.1 lakh to Rs 8.10 lakh while the Swift starts from Rs 4.9 lakh to Rs 8.9 lakh. The Hyundai Grand i10 starts from Rs 4.9 lakh and goes till Rs 7.6 lakh. The Figo is well priced and offers the most power plus is the most fun to drive. It also looks good while its automatic we suspect is also an asset. Where the Swift has advantage is features, more fuel economy and its styling plus brand. The Hyundai has more features and a more premium cabin but is not as fun as the Ford.

The updated Figo is a vastly better car than the earlier model plus it is cheaper now. The reason we say vastly better is because of its new petrol engine and updated interior. The new petrol engine makes this a great driver’s car while the interior looks better. It is not the most feature rich but makes up in the driving department. If you want a fun to drive package which looks different and stands out from the crowd, get this.