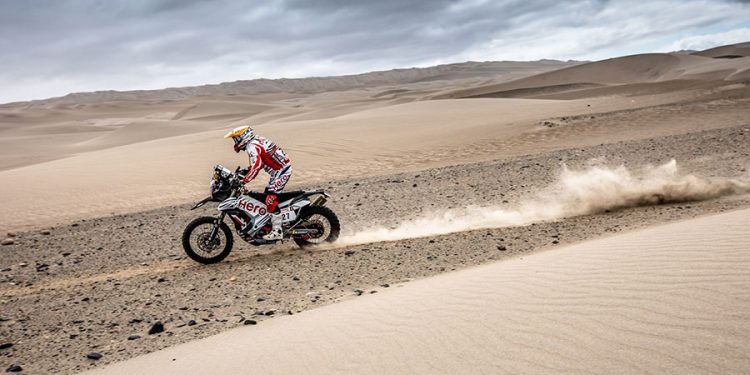 The stage 6 of the Dakar Rally kicked off from the overnight bivouac of Camana with another 267km of liaison before it reached San Juan De Marcona, making a total run of 316 kms in the special stage today.

Oriol Mena, who had also suffered a big crash during the stage 5, seemed determined to make it to the finish line today without another incident. He rode with caution today but ran out of fuel close to the finish line. His teammate, Joaquim Rodrigues, who wasn’t far behind, came to his help, and in the process, both lost some time. 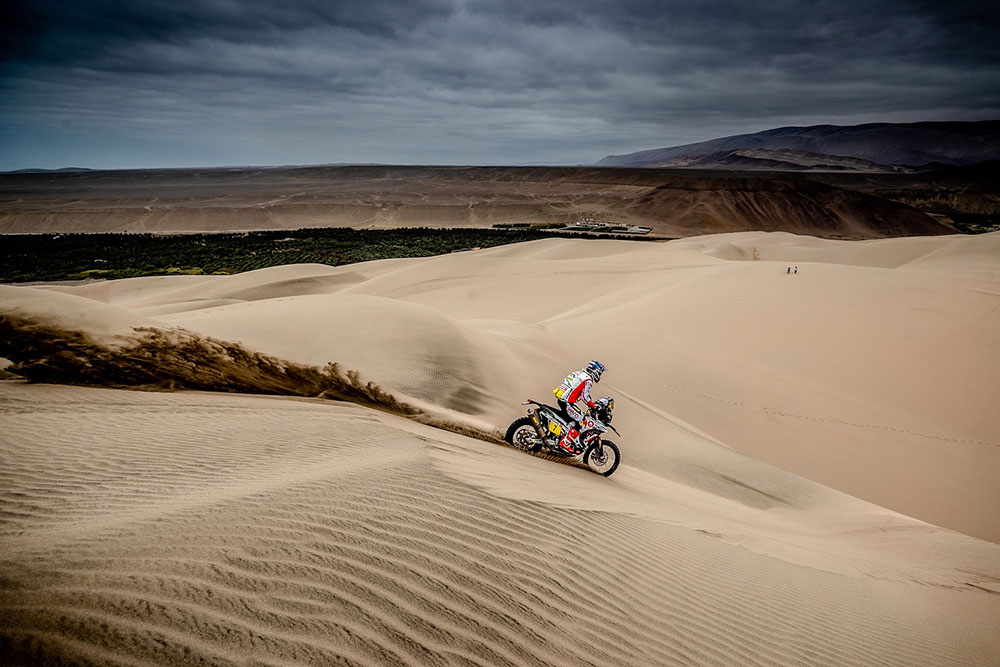 For Joaquim Rodrigues, the day started well as he rode with good rhythm and was poised for a good stage finish. Despite losing some time in helping out his teammate, he managed to climb up several positions today. Oriol Mena finished the stage at 20th position and JRod at 21st position, thus bringing another stage home for the team.

After today’s stage, Oriol Mena stands at 13th position and JRod, climbed eight positions to break into top 20 at 20th position in the overall rankings, at the end of the stage 6.

Leaving behind the memories of one of the most chaotic stages yet, the rally moved forward into its second half with all the competitors making their way to an overnight bivouac at Camana, making a liaison of 177kms, after the half day of rest in Arequipa. The stage 6 challenged the competitors with three quarters of the stretch made of the sandy terrain. The highlights of the stage were the four dune sectors that were designed to cause significant gaps at the finish and bring about changes in the overall rankings. 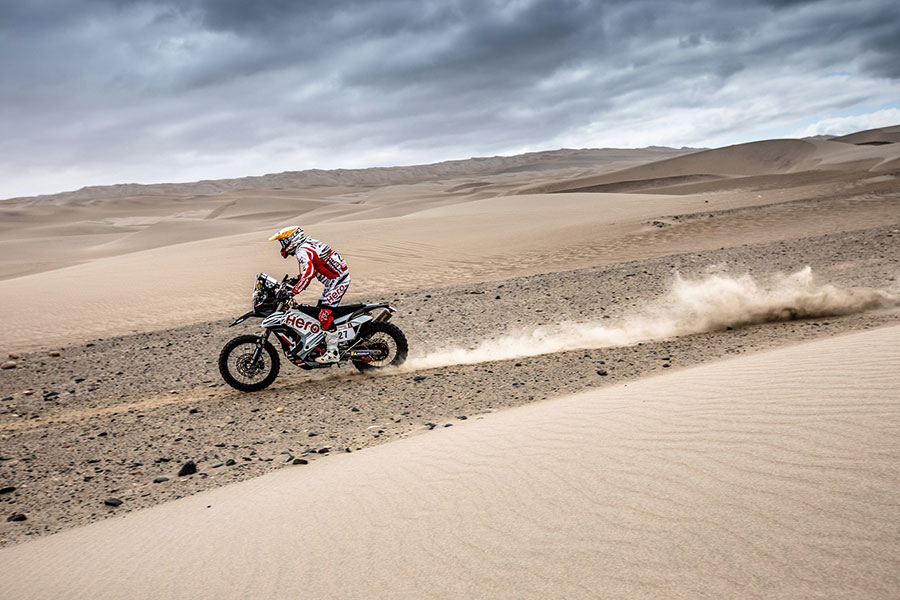 In the present edition of the Dakar Rally, 74% of competitors managed to reach the halfway point of the rally at Arequipa —the lowest percentage since 2007. With two of the three riders still going strong, Hero MotoSports Rally finds itself in strong position as it started the second half of their Dakar campaign today.

Tomorrow, the rally will remain based in the dusty San Juan De Marcona for a 386 km loop around its dunes, to conclude the stage 7 of rally.

My aim was to regain my confidence after the tough last stage we had. I am happy with the way I rode today – it was nice and smooth. But towards the end of the stage, I ran out of the fuel and had to stop. My teammate Joaquim helped me out with the refueling and we made it across the finish line. So one more day gone and one day less to go.

I had a good feeling today with the bike and got into a good rhythm. The stage was fast with lot of sand and was quite dangerous. Towards the end of the stage I stopped for some time to help Mena with the refueling. Lost some time there but it’s ok and I am happy to make it to finish line today. 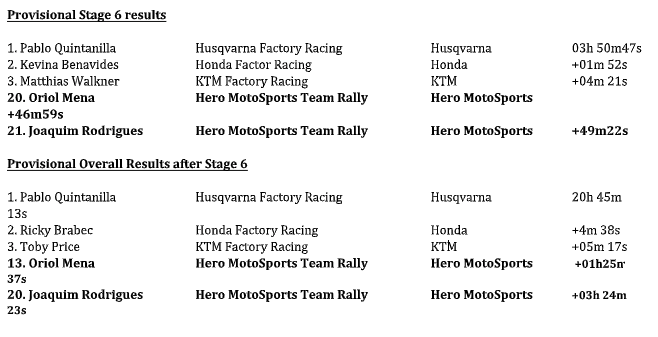