Pilots Ride off the Ceremonial Podium at Lima

The most grueling race on the planet, the Dakar Rally, flagged off its 41st edition in all its glory at Lima, the capital city of Peru.

The three riders of Hero MotoSports Team Rally – Oriol Mena (Competitor no. 7), Joaquim Rodrigues (Competitor no. 27) and India’s C S Santosh (Competitor no. 50) – rolled off the ceremonial podium, in front of thousands of cheering fans assembled at the beautiful seaside district of Magdalena Del Mar to give a warm send off to the participants.

Having completed all the administrative and technical checks successfully, the team is now raring to kick start their Dakar 2019 campaign with the first stage on 7th January that will take the rally from Lima to Pisco for a short warm up special of 84kms.

We are quite excited to be here at the Dakar 2019 for our 3rd year now. We have had good preparations this year with some solid performances in the races and experience under our belt. The team has shaped up well both mentally and physically and we are very happy with the improvements made on the bike as well. JRod is back with the team so there is a lot of positivity in the camp. We can never predict an outcome in the Dakar, so our first aim is still to get the riders and bikes safely across the finish line every day. 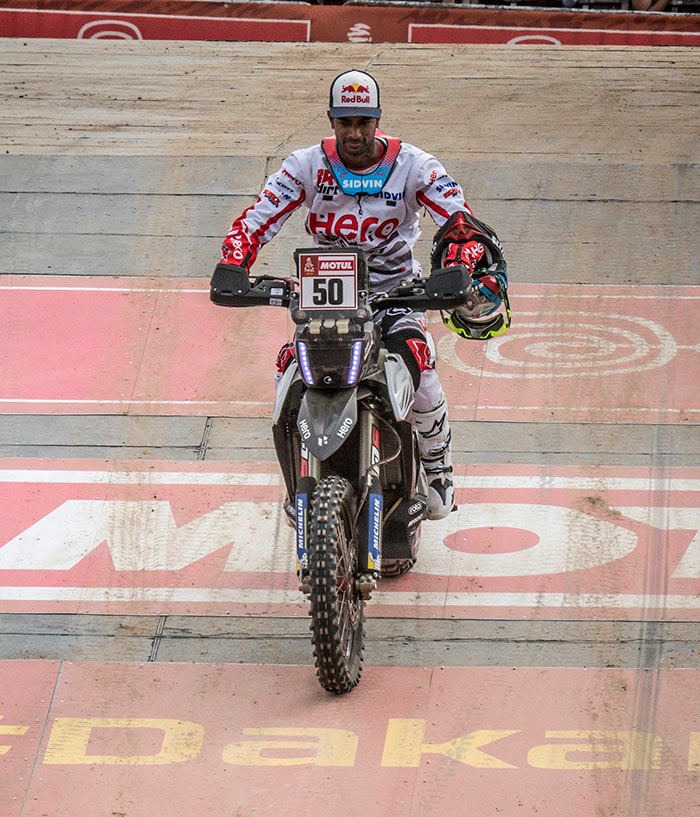 This Dakar, which is set in just one country and includes 70% of the riding in the dunes, is definitely going to be very tough on the body and the bike. However, I am extremely optimistic about our performance at the Dakar this year. There is a positive energy in the entire team and we can feel it here. The preparation has been good and the motivational levels are high. I can’t wait for the first stage to get started.

Oriol Mena (Comp No: 7), who emerged as the ‘Best Rookie of the Dakar’ last year, said:

I had a great year in 2018 and this has definitely upped the stakes for me at Dakar 2019. So I have been training hard and target to advance my performance this year. Dakar is a very exciting and thrilling encounter for a rider. I am feeling thoroughly upbeat about riding with my team amidst an exceptionally talented group of competitors. 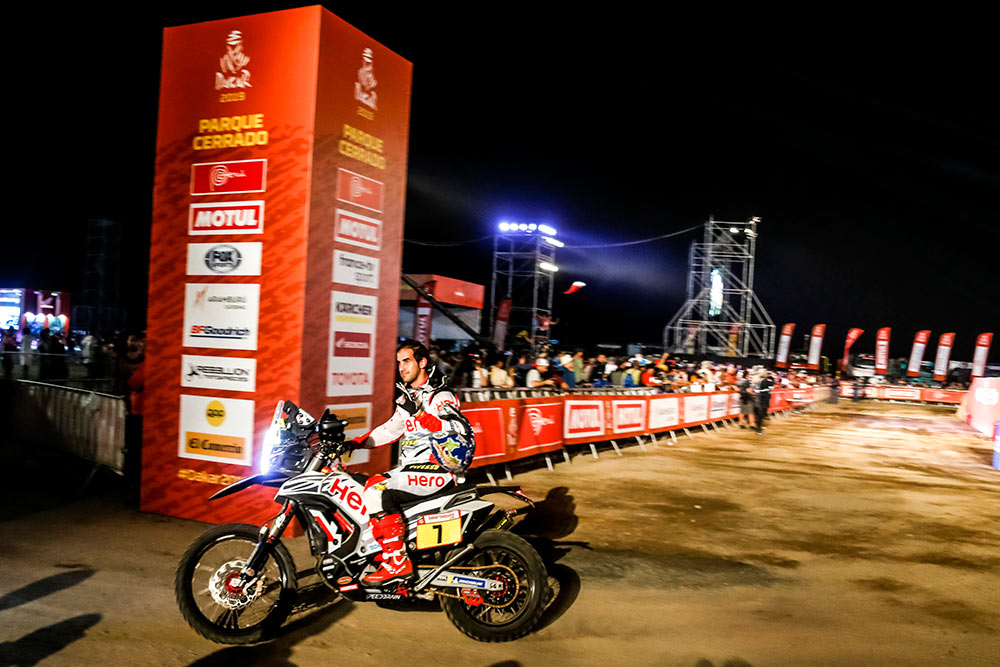 I am extremely excited about the start of my ride again, after my accident at Dakar 2018. The recovery has been tough and long. I have been training particularly hard with a focus on arriving at the finish line safely. This will be my third Dakar and I am very excited to be riding with my team again and hopeful of delivering a good performance. I am charged up and hopeful that I will put-up a great show at Dakar this year.

The entire team is enthusiastic and absolutely ready for Dakar 2019. Considering at this high-octane event, which is anticipated to be even tougher than last year, our focus remains on finishing the Rally. This year has been very good for the Team in terms of trainings and preparations as it has participated in events across the globe and delivered strong finishes, and we are aiming to ride that momentum.