by Pavithra S
in Cars, Mercedes-Benz
0 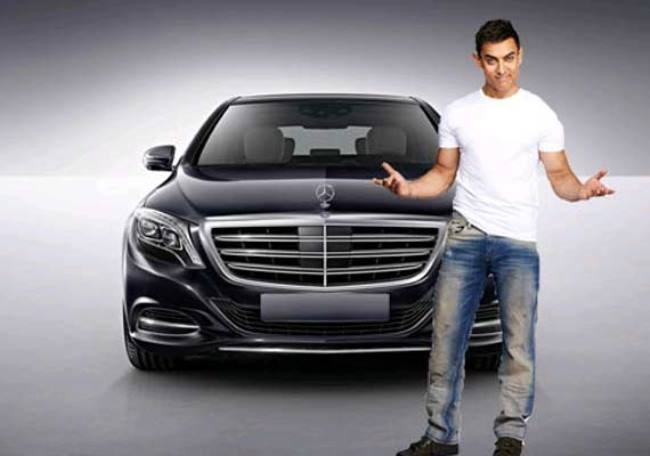 Now a days cars owned by the celebrity matters more than their stylish outlook, because it becomes matter of pride for them.  Celebrity who recently joined this elite group is Amir khan by buying 10 crore rupees Mercedes Benz S 600 which B-town actor become the third man to own bullet proofed S600 in India after Prime minister and industrialist Mukesh Ambani. Many speculation came around this issue as Amir Khan is spending so much for his safety, this is because after grand success of Satyamev Jayate session 1, Dhoom 3 actor is getting more threat calls because of his open and courageous comment he made during the show.  Before starting of the second session of the Satyamev Jayate the family and friends of the Bollywood star want him to buy this armor vehicle for his safety. Even though Amir initially resisted the idea but seemed to convinced in the end by the Mercedes Benz S 600.

Mercedes Benz S600 is loaded with 6.0L bi-turbo V-12 engine with maximum power of 523 hp @4900-5300 rpm which could reach the speed of 0-60 km in 4.5 seconds. Coming to safety aspect this advanced S 600 equipped with 9 air bag that offers  11 way occupant protection. With curb  weight of 5,038 lbs S 600 and ballistic resistant armor it satisfies VR9 ballistic safety norms. Mercedes Benz S 600 can sustain multiple automatic rifle attacks, hand grenade attacks and IED explosives which guaranteed safety for its occupants. So Amir Khan can enjoy both safety and comfort from the Mercedes Benz S 600.