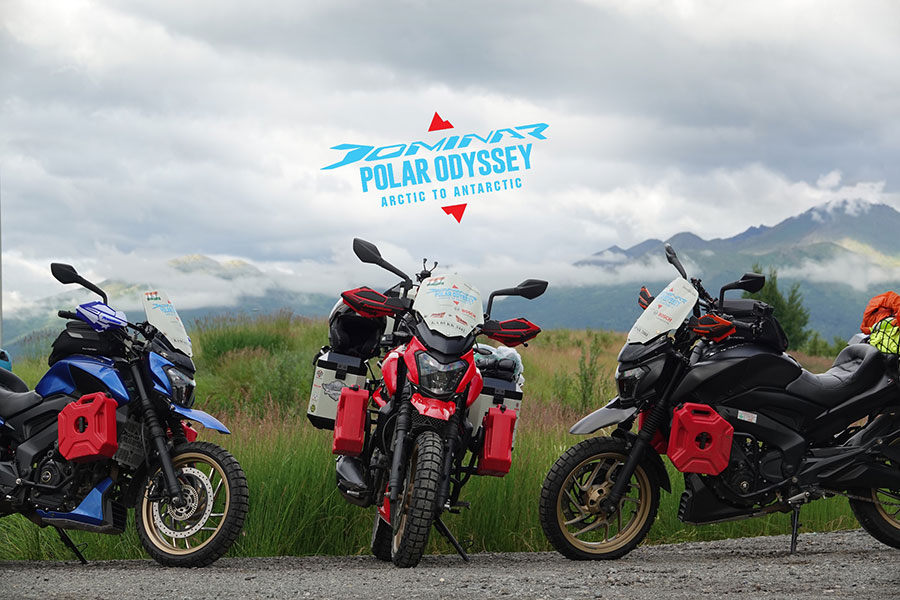 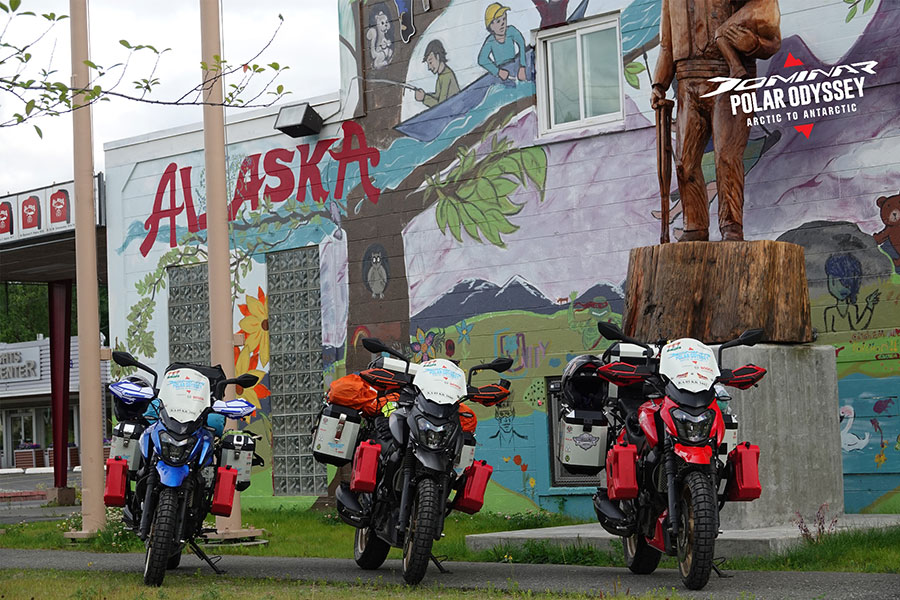 On the 1st anniversary of the historic Trans-Siberian Odyssey which made the Bajaj Dominar 400 the first and only Indian motorcycle to conquer the world’s toughest journey, the Bajaj Dominar 400 is set to outdo its own record. The Dominar Polar Odyssey – Arctic to Antarctic will cover the entire length and breadth of North and South America commencing from Anchorage to Tuktoyaltuk in the Arctic Circle and then all the way down to the End of the World at Ushuaia in Argentina by the Antarctic Circle.

The journey will span four months and traverse more than 50,000 km across 17 countries in North, Central and South America. This translates into over 450 km of hyperriding every day without any dedicated service support or back-up team across all kinds of terrain, climate and conditions. From the ice-pack roads and long-distance highways of Canada, USA and Mexico, to the tropical river beds and dirt tracks of Central America and the Amazon Forest and River basin in Brazil, continuing to the gravel tracks of the high altitude passes of the Andean highlands and the Atacama desert, and finally to the majestic open grasslands of the Argentinian Pampas. During the Dominar Polar Odyssey, the Dominar shall cover four of the world’s toughest roads making it the most audacious odyssey ever attempted. 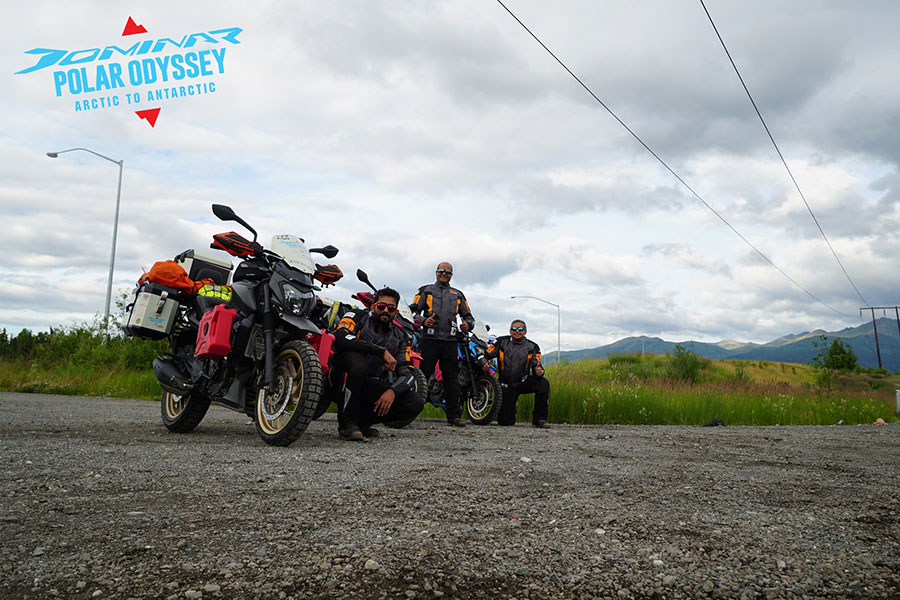 The Polar Odyssey challenge is being taken up by three passionate riders – Deepak Kamath, Avinash PS, and Deepak Gupta. Deepak Kamath has been riding for over 30 years now and was part of the Dominar Trans-Siberian Odyssey. Avinash is a mechanical engineer by profession and an avid motorcyclist and photographer. Deepak Gupta is an active member of the Group Of Delhi Super bikers (GODS)

A year ago with the completion of the Trans-Siberian Odyssey, the Dominar 400 comprehensively cemented its reputation as the motorcycle of choice for the discerning motorcyclists in India. The Dominar Polar Odyssey from the North Pole to the South Pole shall demonstrate the indominable product leadership of the Dominar 400. That this grueling Polar Odyssey is being attempted on stock Dominars without any major part change and without a support crew, is testimony to the superiority of the Dominar 400 over all other motorcycles in its class.