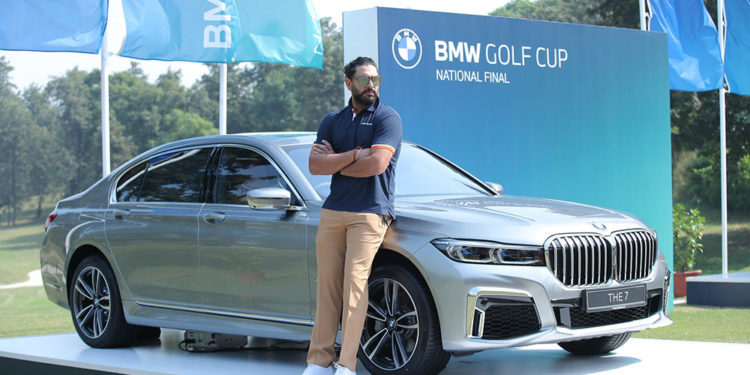 The BMW Golf Cup 2021 tournament lived up to its reputation as one of the most prestigious amateur golf tournaments in India when it came to an exciting climax at Classic Golf and Country Club today. The tournament’s regional winners, who fought for supremacy at the national grand finale, also had a chance to interact with India’s iconic cricketer Mr. Yuvraj Singh over the welcome dinner hosted by BMW India.

Mr. Karan Singhvi, Mr. Arpit Mashruwala and Ms. Sunita Singla are the national winners and will proudly represent India at the World Final of the BMW Golf Cup which is scheduled to be held at Jumeirah Golf Estates, Dubai, United Arab Emirates from 5 to 10 December 2021.

“We are committed to present the sport of golf and its many valuable attributes to a broader audience across India. The BMW Golf Cup attracts not just our customers and prospects but also other patrons. Golf calls for precision, practice and an unwavering eye to detail – qualities of a perfectionist that BMW embodies in all aspects. The players have once again treated us to a splendid game in true BMW style. We congratulate all winners and wish them the best at the World Final of BMW Golf Cup.”

The exclusive, invitation-only BMW Golf Cup 2021 was held across 13 cities with 11 BMW Trackman Challenge Tournaments and 4 tournaments on the finest golf courses starting November 2020. Over 750 amateur golfers participated in 2020-21. The winners from these regional tournaments competed at the National Final.

BMW Golf Cup is an amateur golf tournament series designed for customers, prospects and opinion leaders and provides the right mix for an exclusive social interaction. India is one of the 50 participating countries at the World Final.

BMW Golf Cup, one of the world’s largest amateur golf tournament series, can trace its roots back a quarter of a century to a British-based initiative that ran on its own for five years before going international. The tournament started as the BMW Invitation Tournament in UK. It has now developed into a global series with 1,000 qualifying tournaments involving 100,000 players in up to 50 countries. The best players from each nation qualify for the highlight, the BMW Golf Cup World Final.