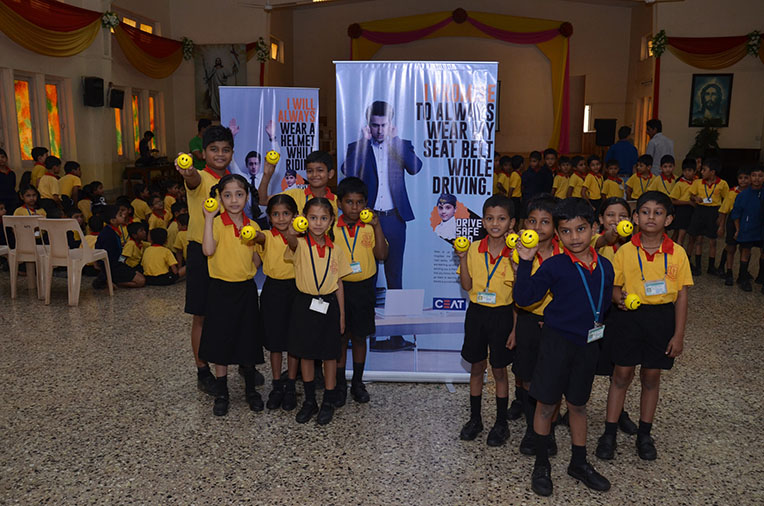 The observance of Road Safety Week at CEAT began on 10th January 2015 with Nation Wide Road Safety Drive that spread awareness about importance of adopting safety measures while driving to make India’s roads safer. Continuing their efforts, CEAT engaged with more than 500 children in Mumbai across the 5-10 year age groups under their campaign titled ‘DRIVE SAFE DAD’. The campaign aimed at educating these kids in the nuances of safe driving in a fun way; thereby kids would be encouraged to pass on road safety messages to their parents which will have a larger impact on them. As a part of this campaign, CEAT also recorded safety messages from the kids that will be relayed to their parents throughout the Road Safety Week through their mobile phones making it difficult for parents to miss and is bound to have bigger impact.

The kids also shared their experience of travelling in vehicles with their parents and what they felt about road safety. A session was conducted on right use of honking, use of zebra crossings, slow driving near schools and colleges, wearing seat belts and helmets; as some of the critical measures in road safety. 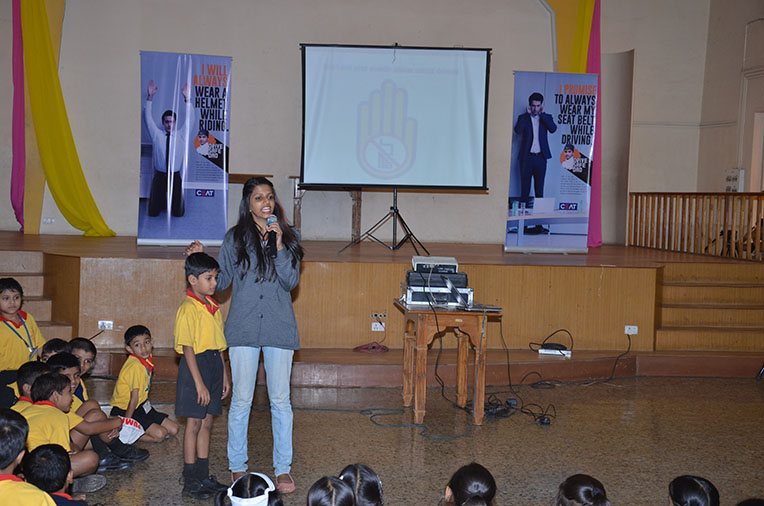 The sessions were conducted at KidZania Mumbai, a global indoor theme park built like a city for children where they can experience real life role-play activities and also at a renowned school in Mumbai. Sharing his/her experience after attending CEAT’s road safety camp, Kunal, Class III student said, “I have seen many of my friend’s parents talking on phone while driving. Today I learnt that talking on phone while driving can be dangerous as it can lead to accidents. Now, I will definitely convey this to my friend’s parents to not speak on their mobile phone while driving.”

“I have seen my father riding his bike really fast and he was not wearing a helmet. So I have recorded a message today that will be sent to him, asking for a promise that he will wear his helmet daily while going to work every day.”, Said Dhurmi, 7 year old girl.

Commenting on this initiative Mr. Nitish Bajaj, Vice President- Marketing, CEAT Ltd. said, “CEAT always believed in the importance of road safety. During this year’s Road Safety Week, we have decided to engage with the kids because we wanted to catch them young; also these messages shared with their fathers on their mobile phones making it difficult for them to ignore it and are bound to have a greater impact. We hope to create awareness through such initiatives to ensure safer roads for everyone.”