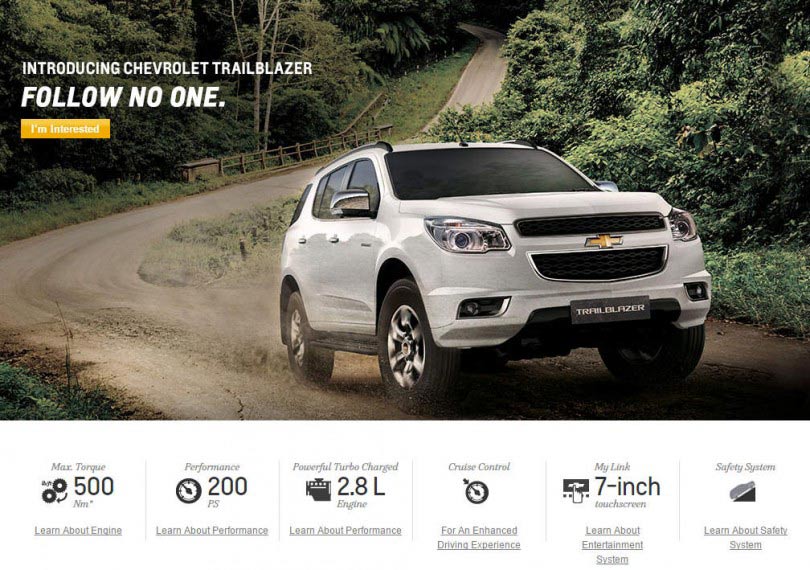 The price of Trailblazer SUV is expected to in the range of INR 25 lakhs to INR 30 lakhs (ex showroom Delhi). The company, General Motors would be bringing the new Trailblazer to India via the CBU route and the car will be assembled at company’s Halol plant in state of Gujarat.

Chevrolet’s sales number is not that good in the recent past. With this car launch during festive season, the company aims to make profits with a good turnaround.

The official Chevrolet India company website now features the new Chevrolet Trailblazer SUV prominently, which is yet-to-be-launched and is expected to hit the showrooms in India on October 21. The India specific Chevrolet Trailvlazer is going to be offered in only one flavour -top spec LTZ variant.

What to expect from Maruti Baleno?