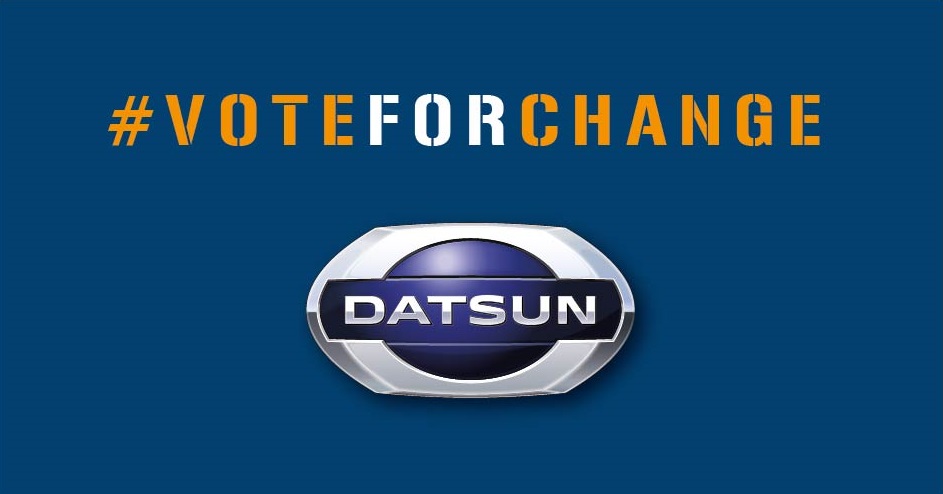 The campaign’s objective is to disrupt the longstanding conventional wisdom concerning the small car segment. #VoteForChange is an innovative and light-hearted brand campaign which uses elections as a theme to reach out to the people and capture their attention. Elections are periodic opportunities for people to stand up, indicate their choice, and send a strong signal to those at the top. Elections force change, new leaders emerge, and the conventional order is disrupted. Datsun’s #VoteForChange campaign is a way for people to ‘declare independence’, particularly first-time car buyers, who have long experienced few choices in the small car segment, which has been dominated by major players.

The Datsun #VoteForChange campaign, with its ‘candidates for change’ manifesto, speaks to Young India’s hunger for transformation and urges them to exercise their right to new choices through a series of planned social activations and innovative storytelling. Datsun believes the Indian small car segment has entered a period of transformation: car buyers want new choices.

Datsun is a challenger brand and we have been competing with the established players in the industry for three years now. Our new #VoteForChange campaign was sparked by the notion of elections and choices. We believe that the secret to making a change is to focus positive energy–not on confronting the old, but building the new. Datsun aims to strike the right chord with young risers in India through this campaign.

The #VoteForChange campaign will consist of 360-degree multimedia activities including a series of television commercials, and a major social activation phase which has multiple TVCs featuring celebrity Vinay Pathak playing various quirky avatars.

Elections in India have always captured the attention of the people in addition to being a powerful agent of change. Datsun India’s brand campaign aims to cut through geographical, cultural, and linguistic boundaries and invites people to actively participate in another process of change. #VoteForChange marks this period of transformation in the Indian small car segment and proclaims the time is right for car buyers to exercise their freedom of choice.

Video 1:  Why settle for less, Vote for more