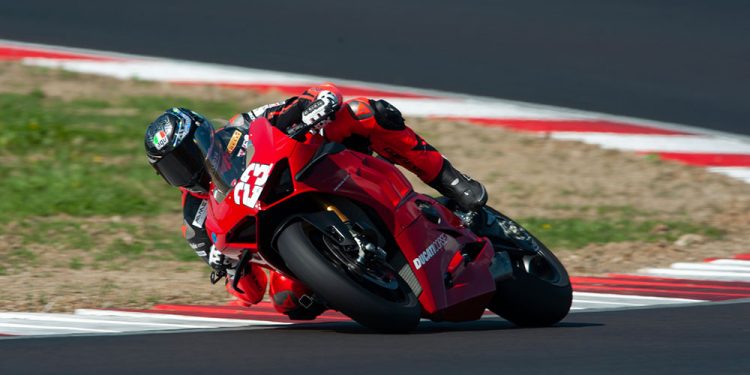 Great success for Ducati which, in collaboration with the Italian rider/Youtuber Luca Salvadori, brought a stock Panigale V4 S, equipped only with a Ducati Performance racing exhaust system, Pirelli slick tires and racing brake pads to triumph in the Cremona round of the MotoEstate Trophy, one of the best known amateur trophy in Italy.

During the weekend of 29-30 May Salvadori also conquered pole position, setting the new record of the Cremona circuit (1’31’945) and the best lap in the race, closing a perfect weekend. The success conquered by Salvadori once again confirms the competitiveness of the Panigale V4 project. Luca raced with the ABS (the Panigale V4 is the only bike in the world to have a “Cornering Only Front Racing” setup of the ABS) and electronic suspension, proving that it is possible to be competitive in this type of competition with a production bike. The “Open Class” of the Trophy was chosen to compete against very elaborate bikes, in fact Luca’s main opponent, Fabrizio Perotti a really popoular and fast Italian rider, raced on a full Superbike Spec Aprilia RSV4, demonstrating the high level of competitiveness of the Ducati Panigale V4 S road bike.

Ducati Motor Holding S.p.A. – A Sole Shareholder Company – A Company subject to the Management and Coordination activities of AUDI AG

Founded in 1926, since 1946 Ducati has been manufacturing sport-inspired motorcycles characterised by high-performance Desmodromic engines, innovative design and cutting-edge technology. With its factory located in Bologna’s Borgo Panigale district. The model range covers several market segments with the following families: Diavel, XDiavel, Hypermotard, Monster, Multistrada, SuperSport and Panigale. In 2015 Ducati presented the Ducati Scrambler: a new brand made of bikes, accessories and apparel that that stands out for its creativity and self-expression.

In 2017, Ducati has presented the Panigale V4, the first Ducati production bike to mount a 4-cylinder engine derived directly from the Desmosedici GP engine. Ducati iconic motorcycles, together with an extensive range of bike accessories and technical and lifestyle apparel, are distributed in 90 countries worldwide. In 2019 Ducati delivered 53,183 bikes to customers, consolidating its sales over the 50,000-bike threshold for the fifth year running. 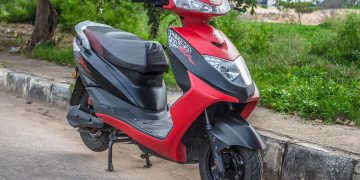 Ampere Vehicles, the e-mobility business of Greaves  Cotton Limited, has announced the price cut of upto Rs. 9000 on its...