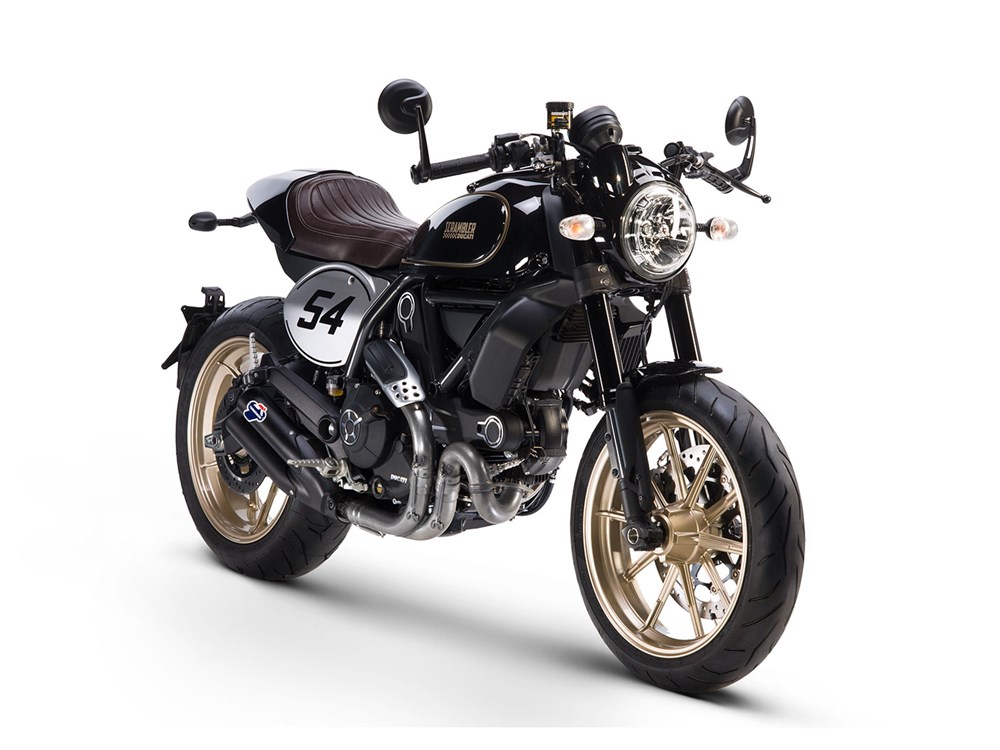 The Scrambler cafe racer from Ducati gets a very minimalistic body design. Being mimimalistic, the motorcycle also gets attractive bar end mirrors, gold painted alloy wheels, new tan coloured seats equipped with a pillion seat cowl, Termignoni exhaust, a “54” logo badging on the side panel of the motorcycle. You can also observe neatly the Scrambler detailing on the fuel tank, glossy headlamp fairing as well.

The new clip on handlebar of Scrambler Cafe Racer shall completely change the riding dynamics of the motorcycle with a new seating posture. Ducati calls this livery as ‘Black Coffee’. 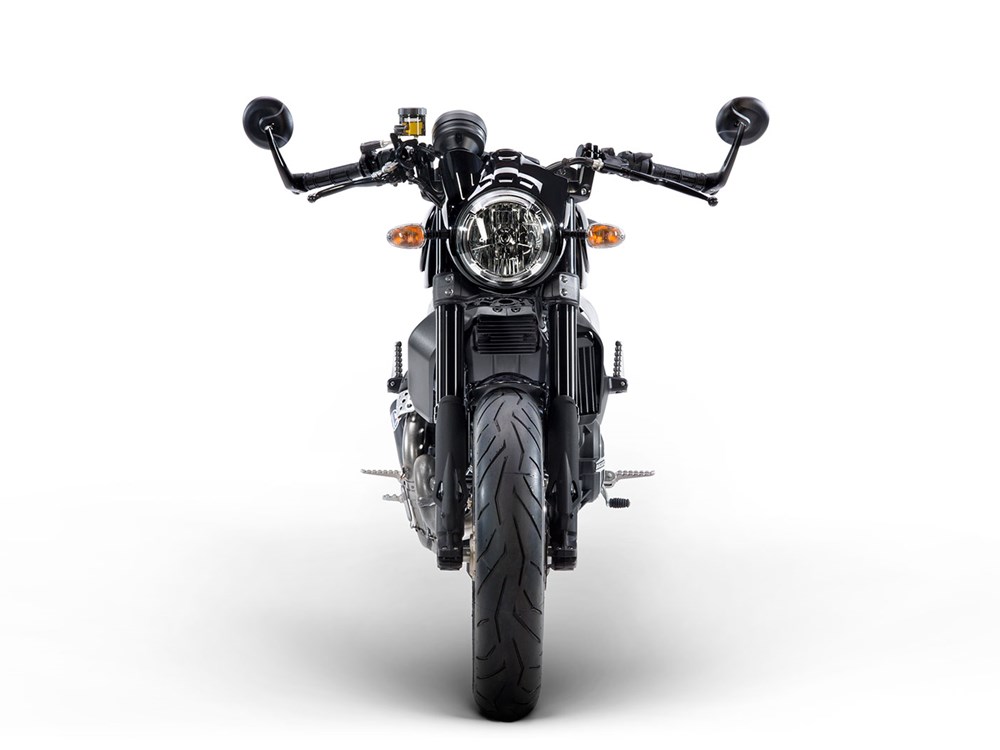 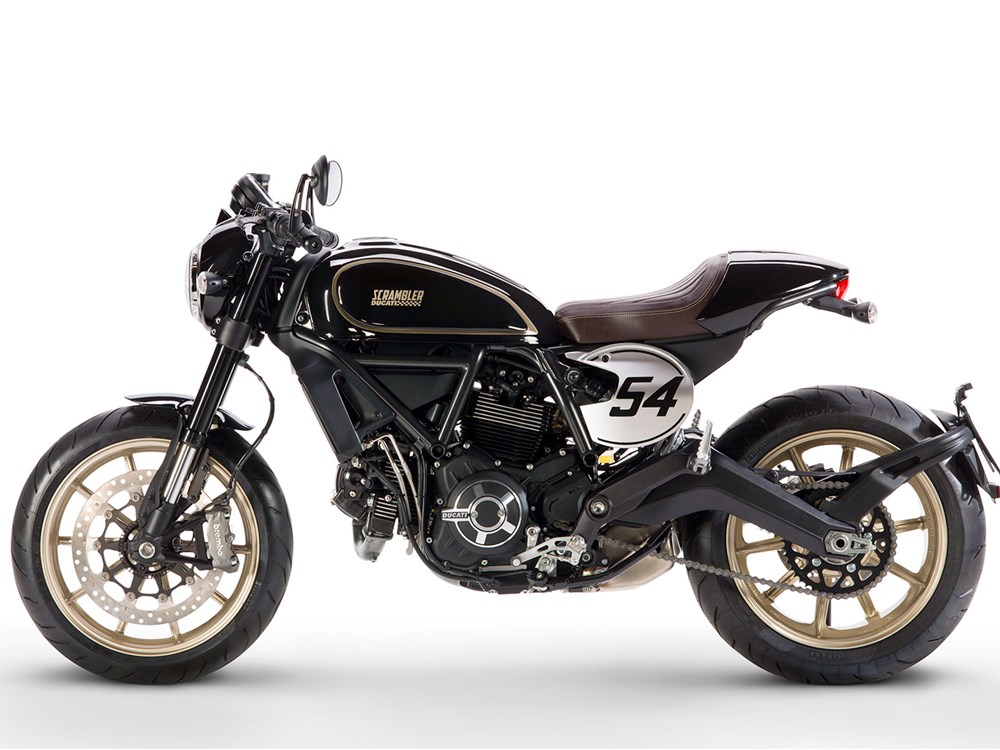