Ford Figo Aspire to launch in India on August 12 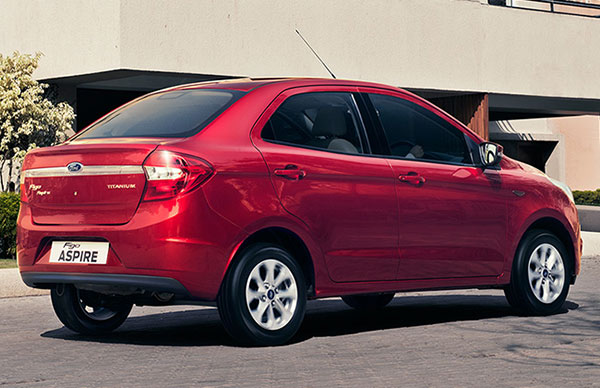 The much awaited Ford Figo Aspire is scheduled to be launched on 12th of August reported Economic Times. The bookings of Figo Aspire have been going on since July 27 at a payment of INR 30,000. Figo Aspire from Ford launch is expected to boost the company’s growth in India.

Ford Figo Aspire is the first of the 3 new products to be launched in the next 9 months time, the other 2 being Ford Figo hatchback and Ford Endeavour SUV. Figo Aspire which is the compact sedan is considered to be one of the most significant launches in the Ford’s history in India, along the lines of original Figo Hatch and EcoSport.

This sub 4 metre sedan shall be catering to a very high volume market which is populated by accomplished contenders such as Maruti Swift Dzire, Honda Amaze, Hyundai Xcent and Tata Zest. The car is going to be offered in four variants – Ambiente, Trend, Titanium and Titanium Plus. Ford Figo Aspire is available in both petrol and diesel engines. The Ford Figo Aspire has done its homework well in its safety section by offering 6 airbags.

The engine of Ford Figo car comes in a different state of tune than before. The 1.2-litre Ti-VCT engine of Ford Figo benefits from variable valve timing to churn out a power of 88 PS while the 1.5-litre TDCI diesel motor which is available in EcoSport and Ford Fiesta is well tuned to deliver 100 PS. All Ford Figo variants are equipped with a standard 5-speed Manual Transmission. There is also a 112 PS 1.5-litre petrol engine which is mated to 6-speed dual-clutch automatic gearbox.