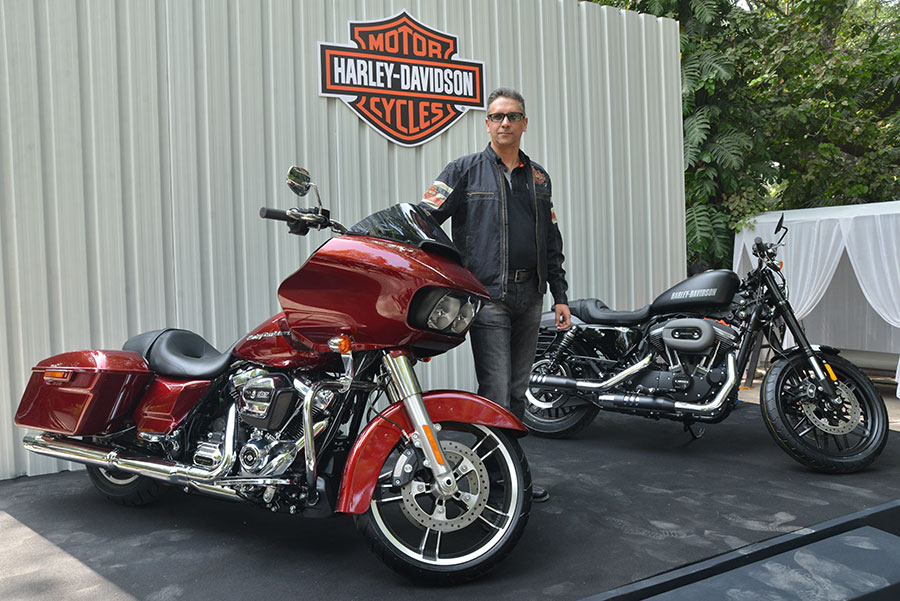 As the latest member to the Harley-Davidson’s Sportster family, the Roadster combines power, agility and garage-built custom style that epitomizes nearly 60 years of Sportster spirit and with the introduction of the Road Glide Special to the Touring family, that offers the all-new Milwaukee-Eight engine, the ninth edition of the Big Twin since its inception; is also the most powerful collection of cruisers in the brand’s 113 year history.

The 2017 models also come equipped with anti-lock braking system, an added feature across all 13 Harley-Davidson motorcycles in India.

Our latest offerings demonstrate Harley-Davidson’s unwavering commitment to delivering world-class products that cater to our customers’ demands in India and reinforce our position as the leader in the premium motorcycle segment. With the introduction of the Milwaukee-Eight engine in our Touring lineup, is a direct response to the voice of Harley-Davidson customers around the world and we are thrilled to bring the same to India.

The all-new Harley-Davidson Milwaukee-Eight engine, ninth in the lineage of the company’s iconic Big Twin engines, delivers more power, quicker throttle response, purer sound, a smoother ride and an improved motorcycling experience for riders and passengers while retaining the iconic look, sound and feel of its predecessors. The Milwaukee-Eight name pays homage to its 8-valve design (4 valves per cylinder) and Milwaukee, Wisconsin, the home of Harley-Davidson and location of the factory where the engines are produced. Milwaukee-Eight engines is offered in two displacements and two variations:

With MY17 Harley-Davidson Anti-Lock Braking System is now standard across all families – Street, Sportster, Dyna, Softail and Touring models in India.

Launched at a price of INR 9, 70, 000 (ex-showroom Delhi) the Harley-Davidson Roadster is the newest addition to the popular Sportster family of motorcycles and will be assembled at Harley-Davidson’s plant in Bawal, Haryana. With a minimalist, fastback design inspired by classic racing motorcycles, the nimble Roadster is designed to inspire a new generation of riders to take to the streets.