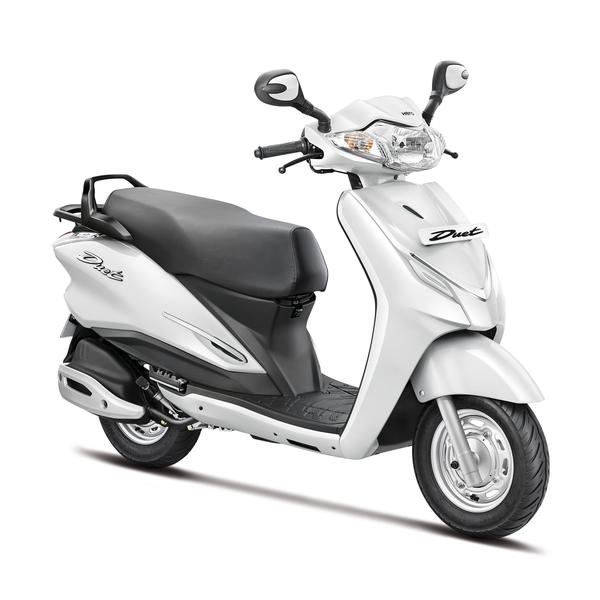 India’s largest 2 Wheeler manufacturer, Hero MotoCorp unveiled 2 new scooters today, Maestro Edge and the all new Hero Duet. The recently launched Hero Duet can directly compete against established rival Honda Activa. Hero Duet gets a brand new and indigenously developed engine with metal body. In fact, the details like brochure, colours, features and specifications of Hero Duet were leaked even before its launch.

Following are the features of newly launched Hero Duet:

As reported earlier from leaks, the all new Hero Duet will be launched in six color options namely:

The Hero Duet’s air-cooled single cylinder 110.9 cc engine outputs a maximum power of 8.31 bhp at 8000 rpm and 8.30 Nm of maximum torque at 6500 rpm. Hero MotoCorp claims that the fuel efficiency of Hero Duet is 63.8 kmpl, which is lesser than that of new Maestro Edge. The decrease in mileage could be co-related to the higher kerb weight of 116 kg, which is only 110kg in the case of Edge.

The price of Hero Duet has not been revealed yet. The official launch / on market sale of Hero Duet will happen in the first week of Navaratri which is on 13th October, the same time when Maestro Edge reaches the market. There are reports that Hero Duet will be available in 2 variants – VX and LX.

[…] second scooter introduced by Hero is the attractive 110cc Duet that comes with metal body, making it sturdy as well as durable. Duet has been designed for wide […]