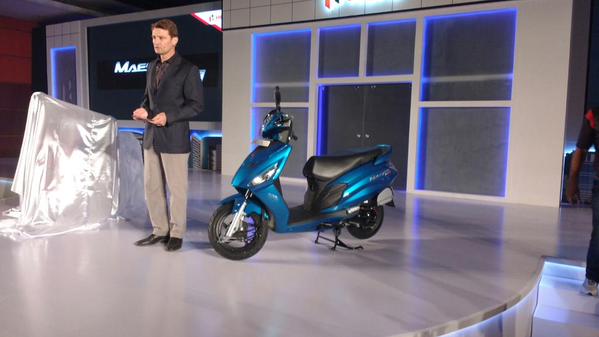 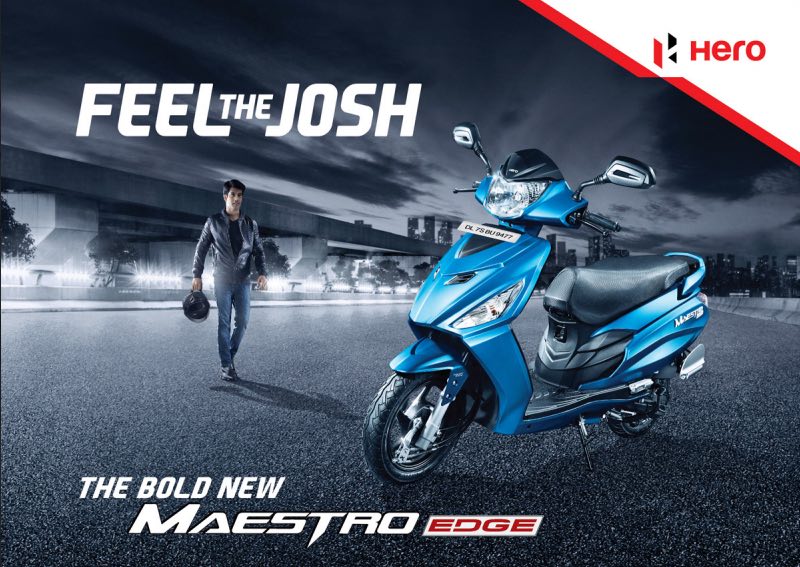 India’s largest 2 Wheeler maker, Hero MotoCorp has launched 2 new scooters – Maestro and Duet in India. Few months back there were reports that Hero Dash would be launched in India – which was later confirmed as Meastro Edge. Along with Maestro Edge the company also launched Hero Duet during the event.

Maestro Edge from Hero is offered in 2 different variants, find the price details below:

*prices as per ex-showroom Delhi

The features of Hero Maestro Edge include:

The just launched Maestro Edge offers 110.9cc engine that churns out a power of 8.31bhp. The Maestro Edge bike should go on sale on 1st Navaratri starting from October 13.

Speaking to media during the launch event of Hero Maestro Edge, Mr Pawan Munjal who is the chairman of Hero MotoCorp said, “Hero will be iconic brand not just in India but also across the world, By unveiling the new Hero Duet and Hero Maestro Edge Hero has entered into the next phase of its exciting journey.”