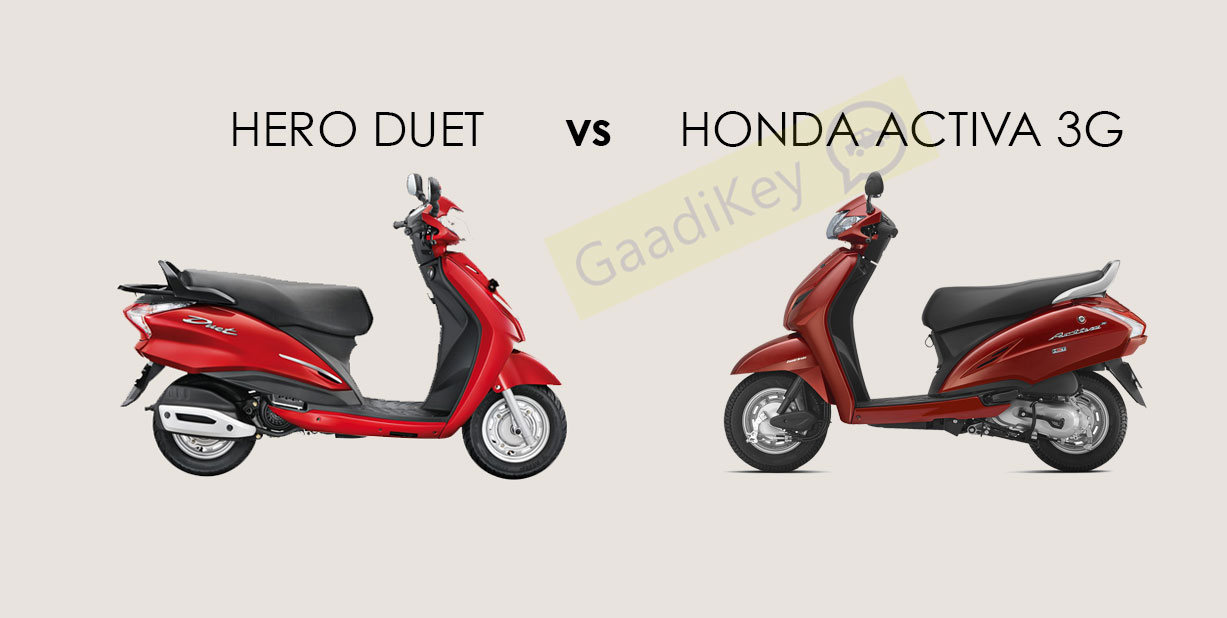 Automatic scooters are showing a very positive growth in Indian market.  Last year, Hero MotoCorp, India’s leading 2 wheeler manufacturer in an advent to increase their scooter market share in India launched 2 new scooters here. One among them is “Hero Duet“. Activa from Honda 2 Wheelers has dominated the Indian market from pretty long time and the launch of Hero Duet is aimed directly to rival against Honda Activa. In this article we will be comparing specifications of Hero Duet with that of Honda Activa 3G.  Although both these scooters have pretty much similar product features and specifications, we take a deeper look at what these scooters have got in store.

Engine is the core of any scooter or motorcycle. Both Hero Duet and Activa 3G are powered by 110cc engine – to be precise, Hero Duet gets a 110.9cc engine where as the Activa 3G gets 109.2cc engine.  When it comes to power delivery, Duet takes an upper hand as it churns out 8.43 bhp of power as compared to Activa 3G’s 8 bhp.  However torque is more in Activa 3G ( 8.83 Nm) when compared to  Hero Duet’s torque ( 8.3Nm).  Let us talk about  the top speed, Hero Duet can attain a maximum speed of 85 Kmph where as the maximum speed of Honda Activa 3G is 82 Kmph. 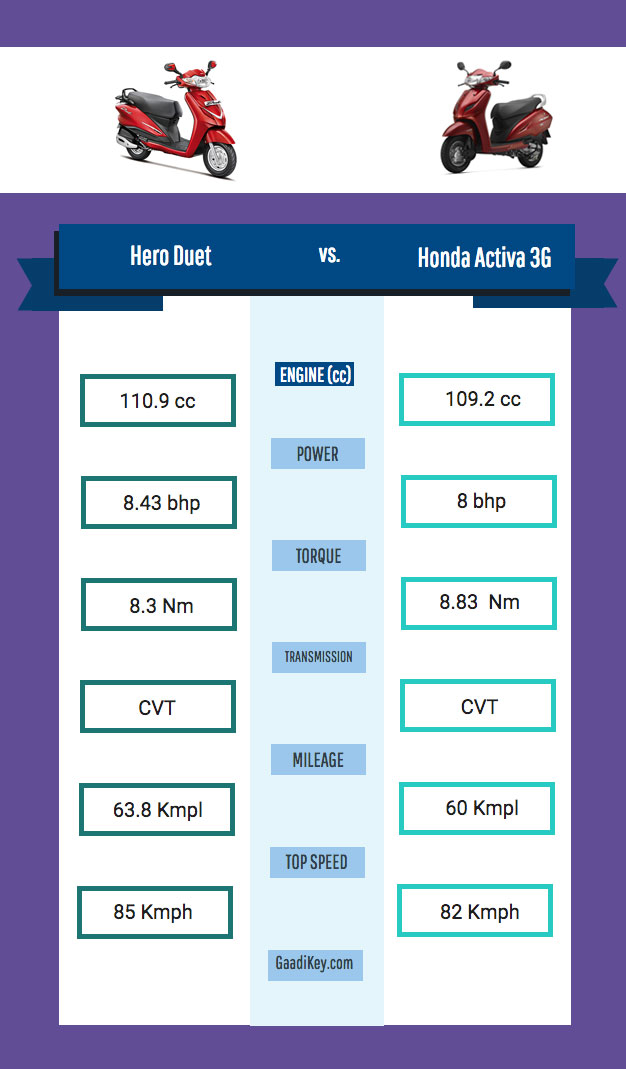 Following are the highlighted features of Honda Activa 3G as listed on their official website:

The fuel tank capacity of Hero Duet is 5.5 litres which is slightly more than Honda Activa’s 5.3 litre fuel tank. 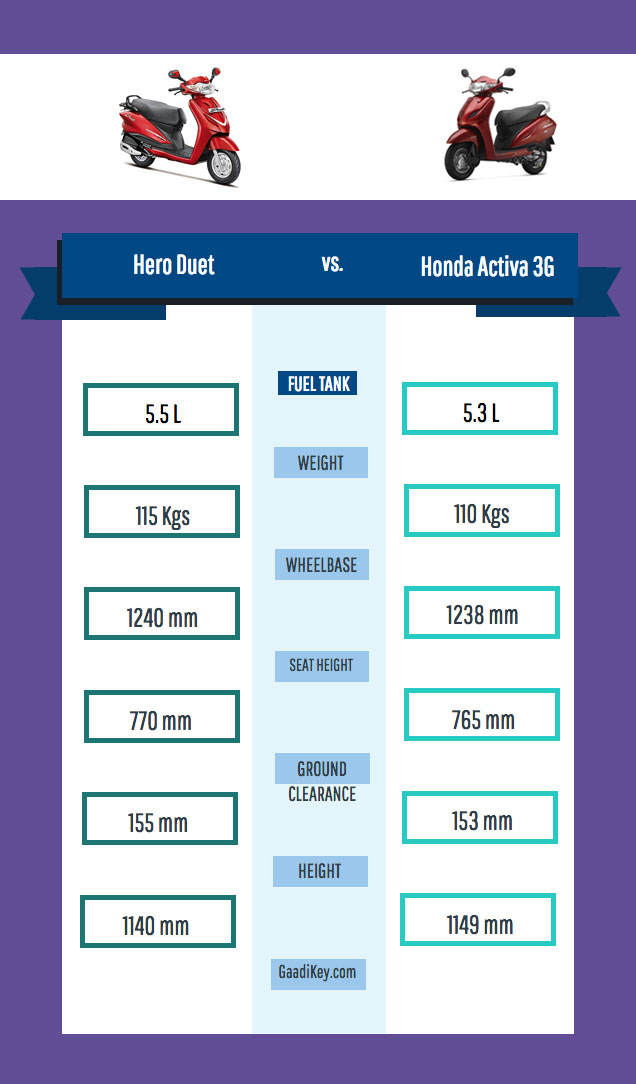 Which scooter suits you? Hero Duet or Honda Activa 3G? Let us know by commenting below.