In a market environment that continues to be volatile, Hero MotoCorp sold 514,509 units of motorcycles and scooters in July 2020; registering a sequential growth of 14% over the previous month (June 2020) and reaching more than 95% of wholesale dispatch numbers of previous year 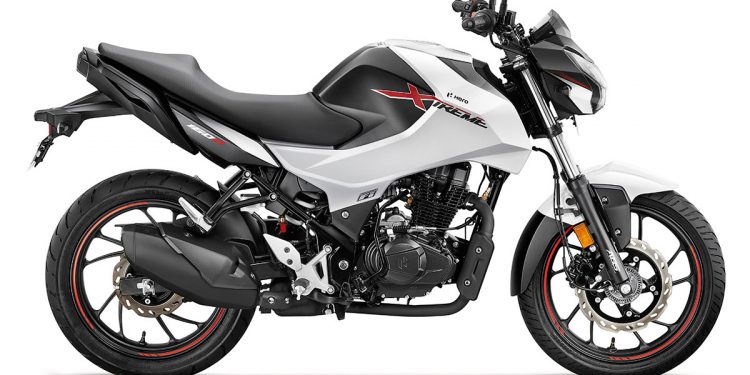 Leading the path of rapid recovery, Hero MotoCorp, the world’s largest manufacturer of motorcycles and scooters, has continued the resurgence of the domestic two-wheeler sector, with month-on-month sales growth for the third consecutive month since operations resumed.

In a market environment that continues to be volatile, Hero MotoCorp sold 514,509 units of motorcycles and scooters in July 2020.

Despite the prevailing economic slowdown on account of the Covid-19 pandemic, the Company registered a sequential growth of 14% over the previous month (June 2020) and reached more than 95% of wholesale dispatch numbers of the corresponding month in the previous year (July 2019).

The robust volumes have been driven by strong retail sales due to the positive market demand. While there is cautious optimism on the demand trajectory going forward, sales continue to be impacted by the micro-lockdowns in several parts of the country. For the growth momentum to continue, it would be pertinent for state and local authorities to provide a stable and consistent business environment as the situation evolves.

Following stringent protocols for safety and wellbeing of its employees, Hero MotoCorp made significant progress in ramping-up the production across all of its eight manufacturing facilities – six in India and two at global locations.

More than 95% of Hero MotoCorp customer touch-points are currently operational, with strict safety measures and protocols in place.

Check out the sales figure by Hero Motocorp

Ø  In keeping with its vision to “Be the Future of Mobility”, Hero MotoCorp made an additional investment of Rs. 84 crore (US$11million) in Ather Energy, taking up its shareholding in the Company to 34.58%, up from 31.27%. Hero MotoCorp has been a part of Ather’s growth story since 2016, when it first invested as a part of Series B funding.

Ø  With the ongoing Hero Cup in Birmingham, UK, Hero MotoCorp became the first Indian company to sponsor a full-fledged professional golf event in Europe. Earlier known as the English Open, the marquee tournament is part of the European Tour’s new ‘Golf Swing’. With millions of world-wide audience tuning into their television sets or logging into online live streaming to watch the Hero Open, this association with the European Tour goes a long way towards Hero’s brand building initiatives on global platforms.

Ø  In a commitment to promote women empowerment in India, 100 Hero scooters – Destini 125 & Maestro Edge 125 were handed over to the women police officers of Gorakhpur Police Department in presence of Shri Yogi Adityanath, Hon’ble Chief Minister of Uttar Pradesh.

Ø  Two first-responder vehicles were presented to authorities at the Community Health Centres in Neemrana and Mundawar, in the Alwar district of Rajasthan. These unique and utilitarian vehicles will be useful for reaching out to patients in rural and remote areas and comfortably moving them to the nearest hospitals. First Responder has been custom-built as an accessory on the powerful Xtreme 200R motorcycles of Hero MotoCorp.