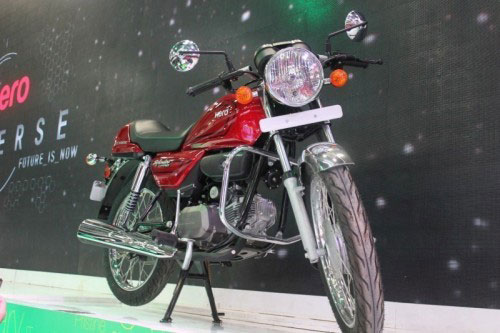 Hero has planned a huge line-up of variants and new bike models to be launched in the next festive season. The bike manufacturer would also be launching many scooters along with the new Hero Splendor Pro. The Hero Splendor Pro updated version will have a better outlook and new cosmetics as compared to its predecessor. In order to boost up the sales of the bike, new decals and color schemes shall be added in this new bike variant.

The 2 Wheeler maker has plans to retain the powerful powertrain in this new upgraded model and hence, the bike will get its power from a 97.2cc engine which is capable of churning out 8bhp of power and 8Nm of torque. Also, the 4-speed transmission system would be added in this powertrain system which could be regarded as a good highlight.

Also, Hero stands as one of the largest 2-wheeler manufacturers across the world. It has earned prestigious name and fame over the years. Officials at Hero MotoCorp are putting their best efforts to enhance the sales of their bikes.

Hero MotoCorp has been able to build trust in the company by launching many social media campaigns, trying to reach out their customers from all the end points. From recent times, the company is concentrating a bit on its scooter segment. When it comes to Hero’s scooter market, it is doing well because of different variants like Hero Maestro and Pleasure. By October 2015, Hero plans to launch Dash and Duet in the same scooter segment.

Expect the updated version of Hero Splendor Pro by the time, Hero Dash and Hero Duet launches in India.