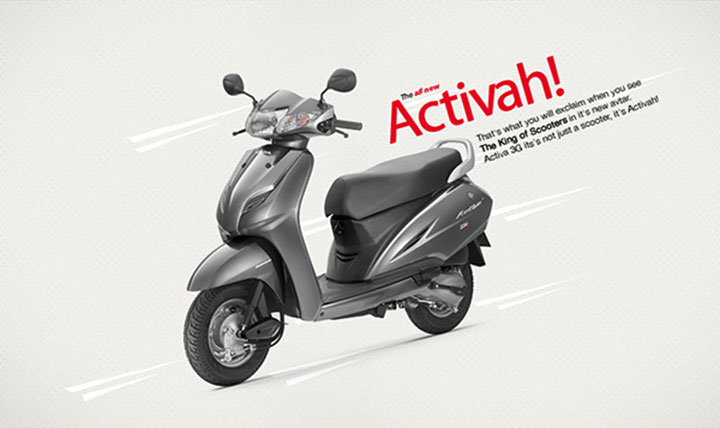 Honda Activa is now the ‘Only brand in Indian two-wheeler industry’ to cross 20 lac unit sales in just 7 months. Today, a new family is buying their favorite Activa every 9th second! 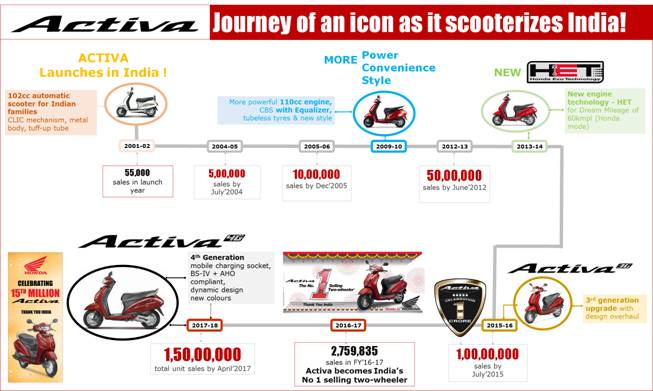 Activa has touched the hearts of Indian families like none other two-wheeler brand till date. In just half a decade, two-wheeler industry has seen sales grow by a phenomenal 52%.
In comparison with sales growing 180%, Activa has become India’s highest selling two-wheeler and has broken all past records of popularity of any brand in the history of Indian two-wheeler industry. Scooterizing India like never before, Activa sales have nearly tripled in this period from 7.3 lac units in 2012-13 to over 20 lac units in 2017-18.

“’India Loves Activa’ is yet again amplified with this new milestone and Activa continues to lead as the highest selling two-wheeler of India. Now led by Activa, India is getting scooterized like never before. Activa’s unprecedented popularity as the most preferred two-wheeler brand is due to its continued evolution ahead of times in terms of advanced features, unisex styling, mileage and convenience. Now, as scooterization has started making rapid inroads in semi-urban and rural areas, Honda is confident that Activa will continue to grow as the No. 1 choice of India.”

Activating India on a growth overdrive:

Reactivating the scooter segment, Honda launched its revolutionary 102cc automatic scooter Activa in 2001. Sales touched 55,000 units in its debut year itself and in the next 3 years Activa grew to become the leader in scooter segment. By Dec’2005 Activa’s cumulative sales touched the 10 lac units mark.

Over the years, Activa has reinvented several times. With this continuous evolution, Activa has changed the way India rides and grown in popularity sharply. By June 2012, Activa had breached the 50th lac cumulative sale milestone. In the next 3 years, Activa shattered the glass ceiling to become the first scooter to sell over 1 crore units.

In 2017, Activa continues to grow even further. Such is the trust that a new family is buying their favourite Activa scooter every 9th second today!