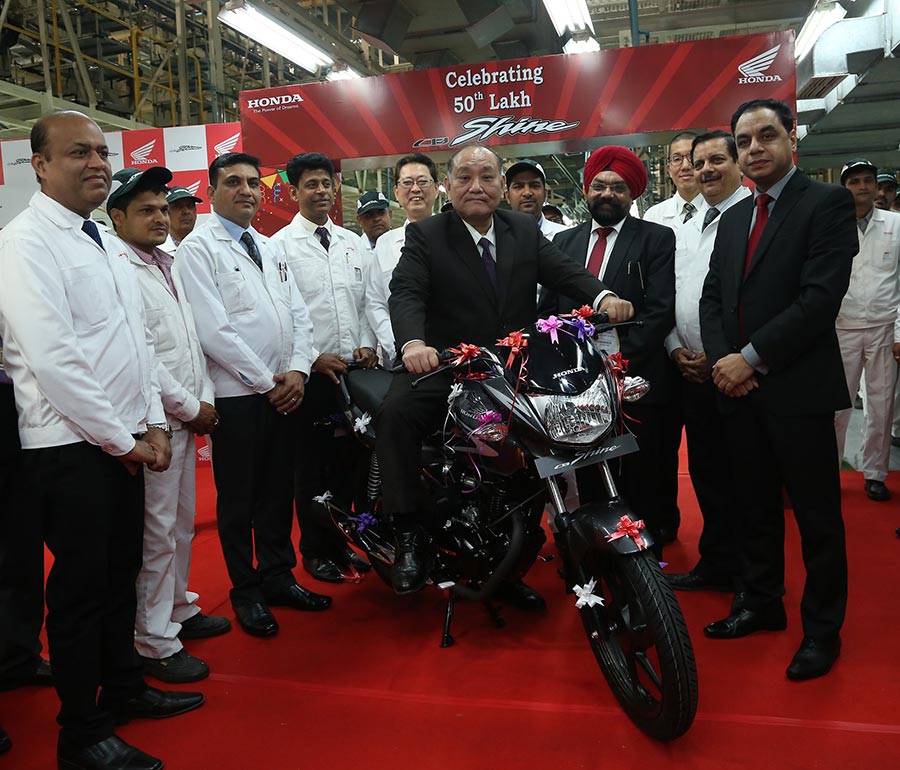 Leaving competition behind, CB Shine is the only 125cc motorcycle to cross 50 lakh sales mark*
*(as per available cumulative data)

India is not only the fastest growing economy in the world, but also one of the most important and fastest growing markets for Honda globally. With this vision for growth, today we have achieved a new milestone for our business in India. We thank our valued customers, business partners, and all our colleagues at Honda for this remarkable feat. Continuing our endeavour to serve our customers, we have introduced new BS IV 2017 CB Shine with AHO. 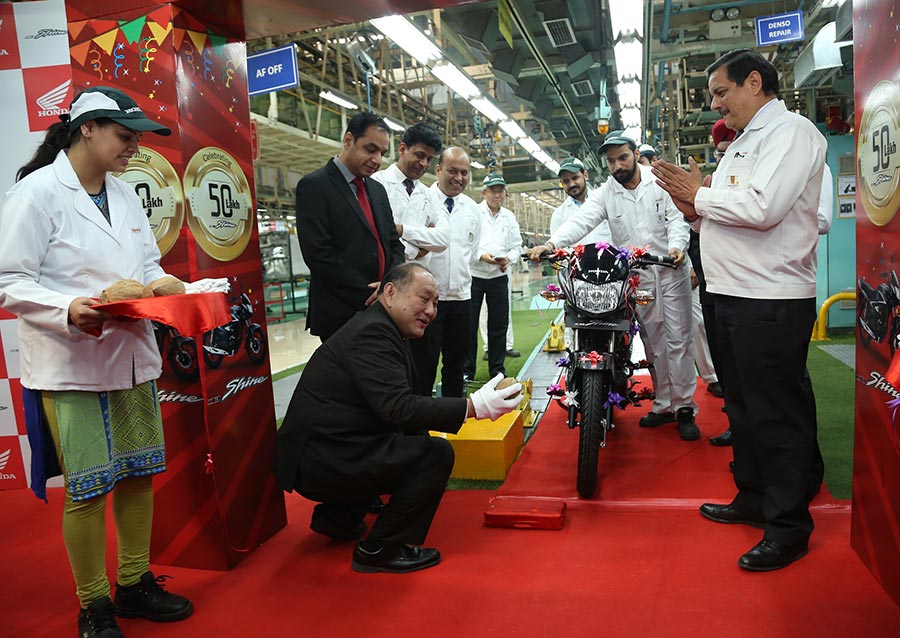 We are delighted with the overwhelming customer response, making CB Shine the most loved motorcycle in the 125cc segment. With a great legacy of over one decade, Shine is the most important motorcycle in our line up. Together with it’s special sibling CB Shine SP, CB Shine continues to be the top choice of 125cc motorcycle customers.

Glimpses of the exciting journey of 50 Lacs CB Shine Milestone:

The Indian National Qualifier rounds for BMW Motorrad International GS Trophy 2022 will be hosted across Mumbai, Delhi, Bangalore and...