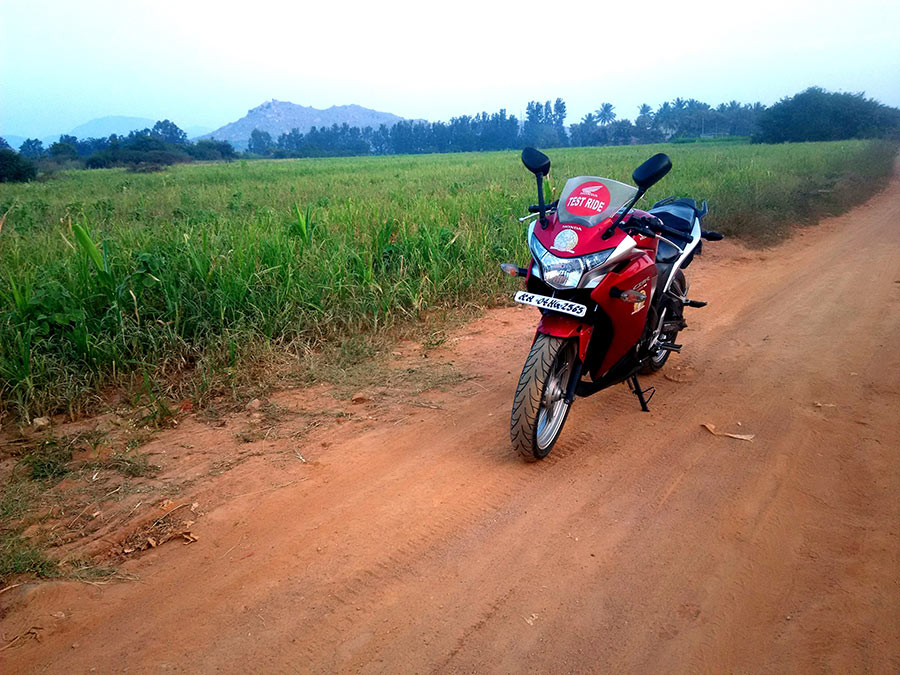 Honda has always been a reputed company in India and the way they are selling their two wheelers is like hot samosas being sold. But there is one very important motorcycle that Honda bought here to India back in 2011, the Honda CBR250R. Honda had guts to introduce a quarter litre engine sports-bike in India while nobody else had done it. The CBR sold well and positives were showered on it ever since. We got to review the bike a little late though but this is a perfect time because of the growing two wheeler industry in India. The launch of the Suzuki GSX 250R is around the corner and here we are to remind you about the daddy of the 250 cc category, Honda CBR 250R. Here we review CBR 250R in Sports Red color which we got from Dhruvdesh Honda dealership in Bangalore. 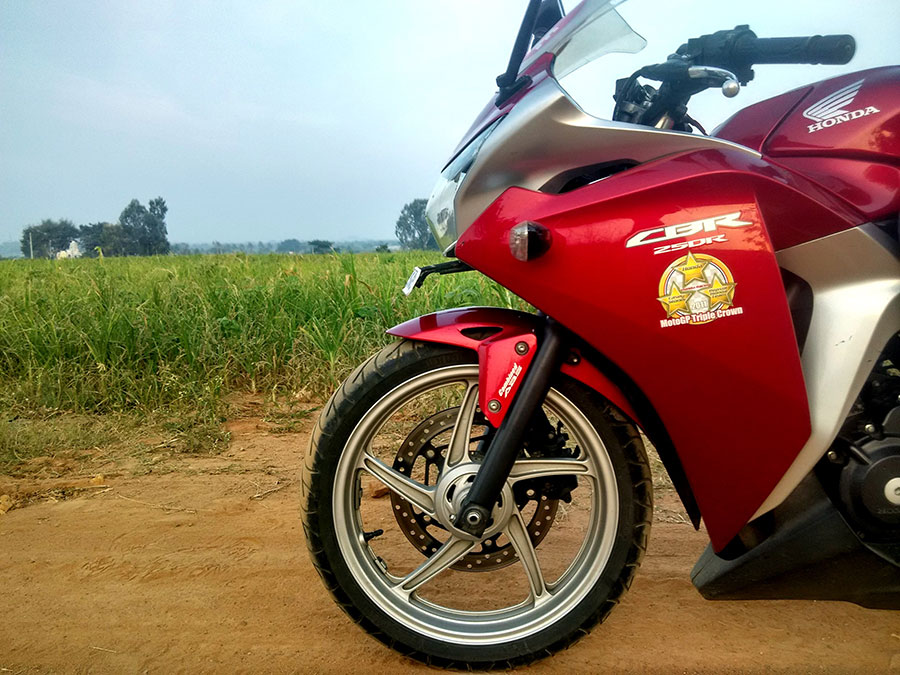 Design of the CBR is borrowed from the elder VFR1200 and the CBR1000RR. Fairing is as seen on the 1000 cc CBR from Honda and the bike looks sporty and stylish. Aerodynamic design sets the bike apart and it looks like a higher capacity motorcycle with the bulkiness. Although, looks great for a 250 cc machine. Headlight come with neatly positioned parking lights on both sides while the tank looks muscular and neatly sculpted. The tail of the CBR is quite plain and the world expects a facelifted version of the CBR. This super-bike type looking motorcycle also gets a saree guard favoring the Indian women.

Console of the CBR 250R is a straight forward design. It gets a silver garnished analog RPM meter  and a digital meter which acts quite cool when the ignition is turned on. The console also gets digital speedometer, trip meter, odo meter, engine temperature indicator and a fuel level indicator. CBR 250R gets combined ABS as well. CBR also comes with 110/70- 17 inch tyres in the front and 140/70-17 inch tyres in the rear.  Braking on this motorcycle is done by a 269 mm and a 220 mm disc in the front and rear respectively with combines Anti-lock brake system (ABS). 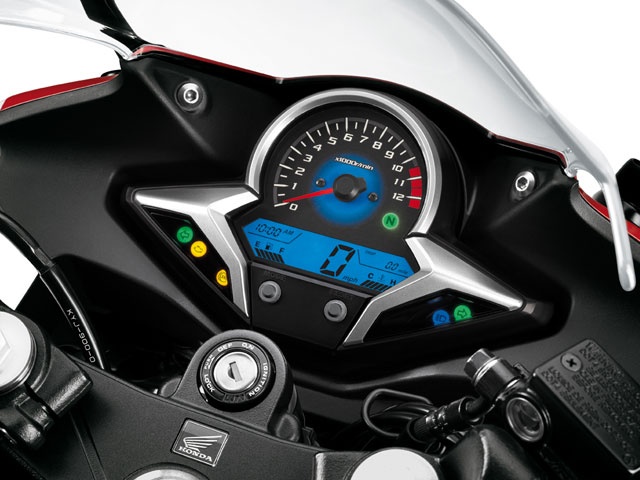 Heart of the bike is a 249.6 cc liquid cooled, 4 stroke, petrol engine. This engine delivers a healthy 26.15 bhp @8500 rpm and delivers a max torque of 22.9 Nm @7000 rpm. The weight of the bike is 163 kgs and the engine feels punchier even then. Its a responsive engine with good power for you to tour on it and also ride around in the city. Comes mated to a 6-speed gearbox which is really good when quick shifts are required when there is an urgency to go fast. The power delivery is crisp and the engine is well refined. Though we got to test a bike that’s 4 years old, the engine didn’t lack power. 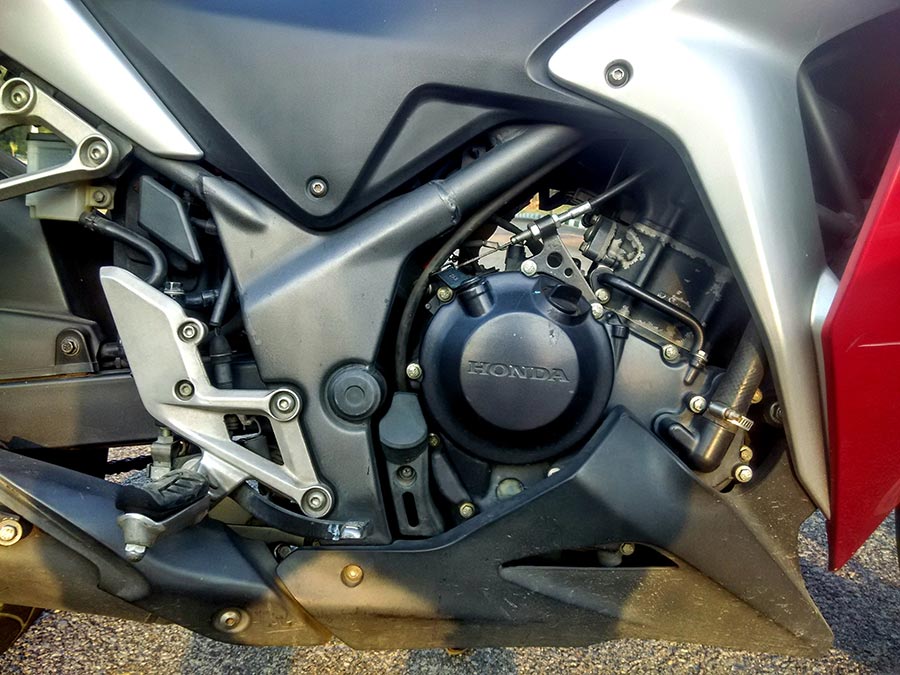 Telescopic suspension in the front and spring loaded monoshock at the rear does the suspension work on the CBR 250R. Suspension on the CBR is stiff and bad road rides can get a little bumpy. Wheelbase on the CBR comes at 1376 mm and ground clearance is 145 mm. If you are touring on the bike and need to take it off roading, there might be a problem because of the low ground clearance. CBR gets clip on handle bars which are not so low as one would expect. If you are a tall rider and would look for touring on the bike then your neck will start hurting because you might have to lift your head high while your hands are down on the handle. Bike handles well but you might need a little more effort than usual to turn heads on the CBR 250R. 110/70 and 140/70 section tyres offer good grip on the road and the ABS gives quite good feedback. 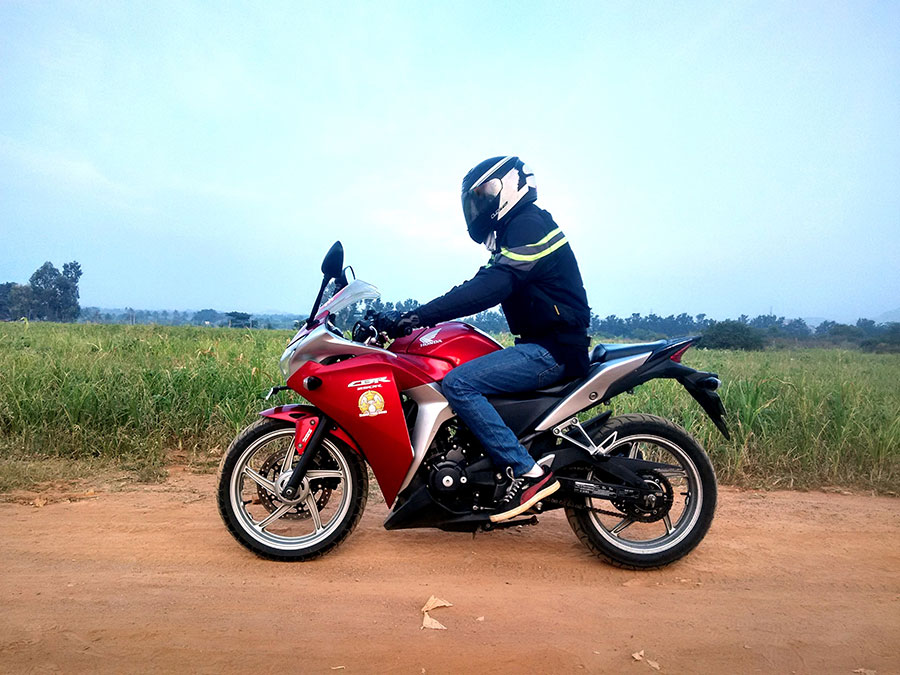 CBR 250R comes with split seats and the seats are well cushioned which will not strain you while riding for a long time. Pillion seat also feels comfortable with rear grab rails being easily accessible. We took turns while riding because me being a tall rider had to suffer some neck pain while riding on the highway. One cannot expect pillion comfort in a sports-bike but Honda has done well to give us some anyway. Maneuvering around in the city with this motorcycle is not easy and squeezing through peak hour traffic with the CBR will be a pain. 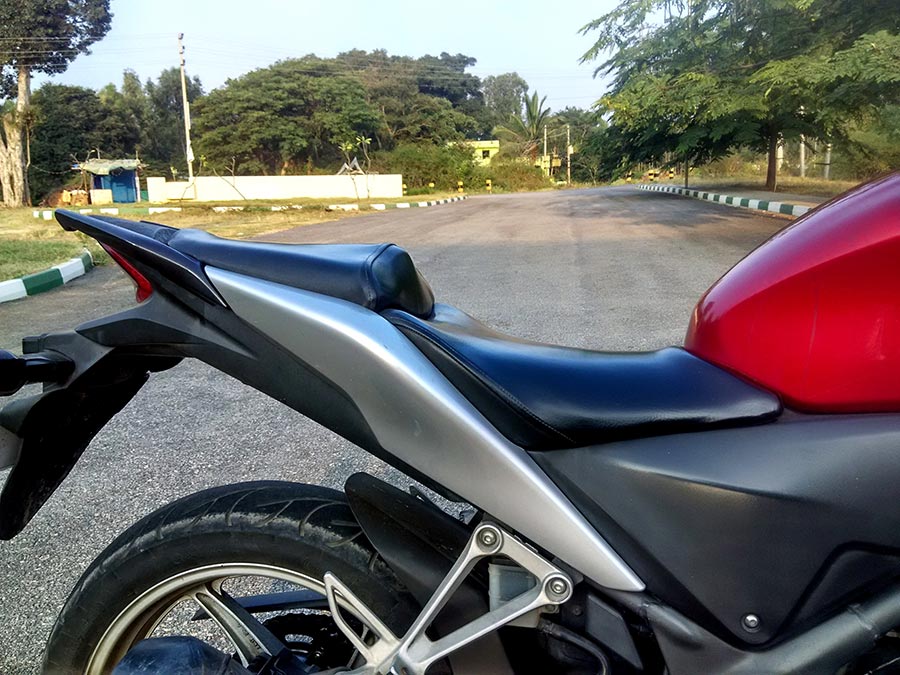 Honda changed things when they got the CBR to India in 2011 and the two wheeler industry has changed ever since. Honda had priced the bike well to get a good response from the market. Since the evolution of the Auto industry, there has been some good bike launches and more to follow in the near future. We haven’t seen any change by Honda with the CBR 250R and we would expect them to come up with a new CBR soon. The competition will be good, given the existing KTM RC 200 and the upcoming Suzuki GSX 250R (if its coming to India). 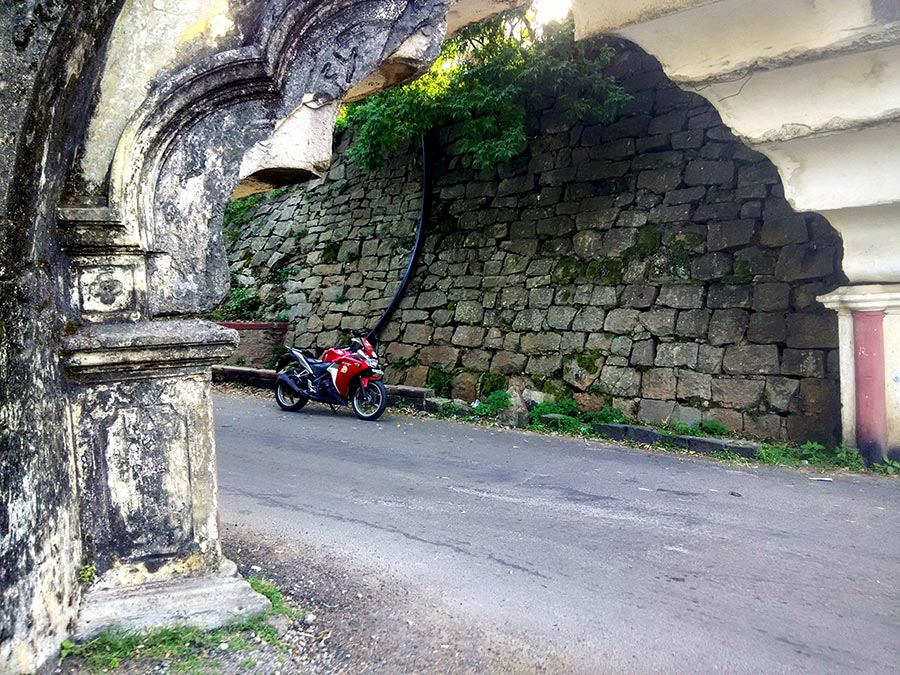 For queries, write to us at reach@gaadikey.com