Hyundai Grand i10 NIOS builds on top of current Grand i10. It looks good inside out plus the quality is brilliant along with great features list that has no rivals. 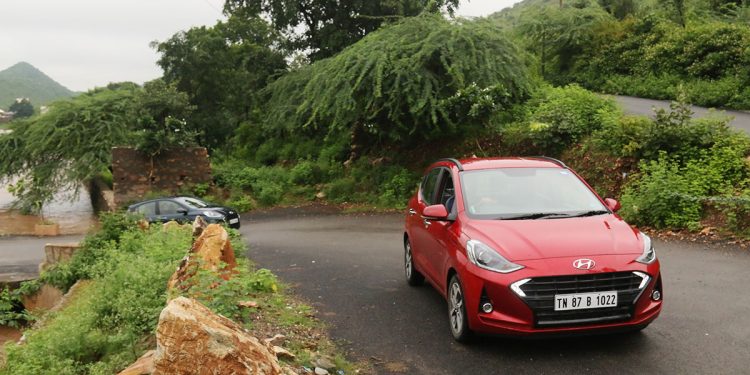 Hyundai is having a busy year and after the Venue and Kona, this is their newest weapon of choice and it is called as the Grand i10 Nios. Do not be fooled by the name though as this is the new gen Grand i10 but Hyundai wants to continue selling the earlier Grand i10 and which means that this is a more premium hatchback plus it’s also slotting between the i20 and Grand i10. How good is it? We drove the diesel and petrol manual to find out.

The sharp and bigger head lamps along with the grille plus the DRLs on the edges (projector headlamps on top) makes it look good. Plus the top-end versions have bigger 15inch diamond cut alloys which improves the stance. There are influences of the current Grand i10 but this new one has a lot more lines and aggression.

You can also see the curved roofline and how it comes in and the floating roof effect. While the front is aggressive the rear is a bit tame and looks a bit like the Tata Tiago from the some angles. Hyundai also gives you the option of two dual-tone colours and six single tone colours.

More than the exterior the interior is what you will love the most. Quality has seen a big jump from the Grand i10 and is in-fact near the i20. The design though is more modern over the i20 even.

Fit and finish is fantastic plus easily class best. We also like the pattern design on the dash and the doors. The lighter grey interior looks airier while the dual-tone only all black interior with colour inserts looks sportier.

I like the funky air con vents, the Kona like vents and the steering wheel plus the part digital display also looks good. Space has been improved from the earlier Grand i10 and the rear seat is better now. Headroom and legroom is good enough for six-footers plus it does not feel cramped here.

That said three is not exactly the most comfortable since width is not huge but even then, in its class, it is amongst class best for now. The boot is quite big plus things like the door pockets are big enough while spaces are there inside to store.

Hyundai has gone big here and the new one simply blows its competition away plus it also beats hatchbacks of a segment above.

However it also gets wireless charging, a 4 speaker Arkamys audio system, iBlue remote app, power outlets at both front and rear etc. Driver and passenger airbag are standard along with ABS with EBD along with other safety tech. The touchscreen is slick and easy to use plus quite responsive and we liked part digital display too.

We drove the petrol manual first and this is a BS6 compliant engine plus like all Hyundai motors it’s smooth and refined. For city use there is enough power for you to keep downshifting at low speeds.

It’s easy to drive with a light steering along with a light clutch but I like the smoothness of the power delivery. This engine is tuned for comfort, refinement and ease of use and that is something which it shows. What I also liked is the way the Nios handled some of the bad roads on our test location. It felt like a class higher with mature ride and ability to tackle bumps/potholes.

Back to the petrol and the power delivery is flat when pushed hard but it is way more agile plus more fun over the current Grand i10 however still the Swift is more fun to be driven hard but the Grand i10 is more comfortable for ease of use. Dynamically the Nios is a league ahead of the current Grand though.

The diesel was more impressive though. It is remarkably refined for a three cylinder plus there is enough torque to pull it. It also cruises very well.

Make no mistake the Nios feels more premium over both the Swift and Tiago especially with features, interiors and ride quality. The Tiago comes back with a bit more space at the rear while the Swift is more fun and efficient but the Nios looks cooler, feels richer and that is the key.

The Nios is the best Hyundai hatch you can buy right now and also under the Rs 10 lakh (Rs 5-8 lakh segment). It builds on the strengths of the current Grand i10 but also adds in from more expensive cars. It looks good inside out plus the quality is brilliant along with great features list which has no rivals. The engines are smooth and it is much better to drive now. Hyundai at its very best and a serious threat to Maruti here and others.