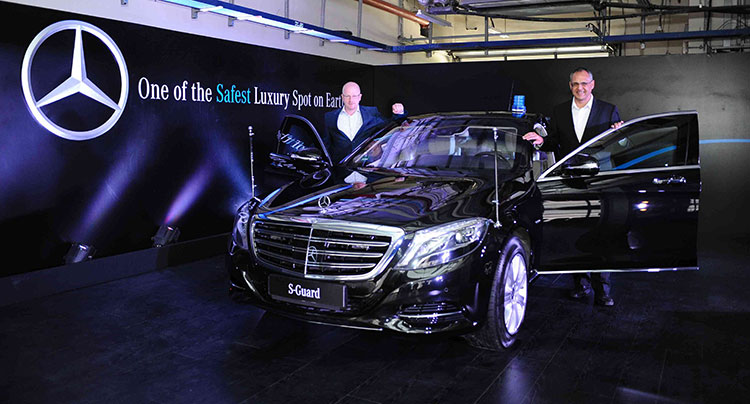 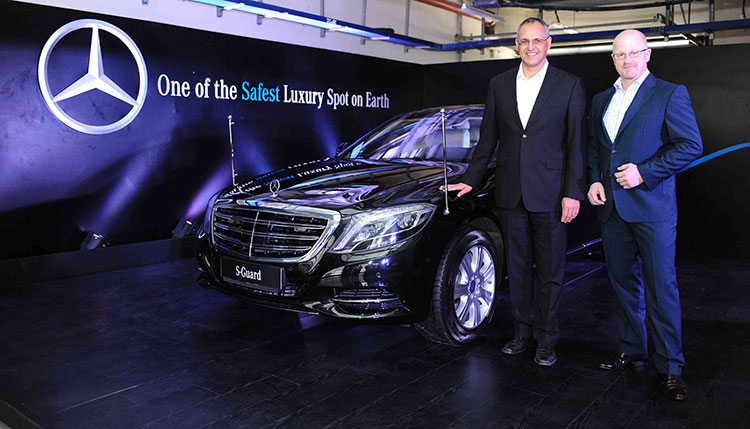 We reported earlier that Mercedes-Benz S 600 was officially launched in India at 8.9 crores. Here are the key highlights of the S 600 Guard:

Eberhard Kern who is the Managing Director and CEO of Mercedes-Benz India said,

We are glad to introduce this ‘fortress on wheels’ for our exclusive set of high profile Indian customers, who require the highest levels of protection when on the move, and rely only on Mercedes-Benz special protection vehicles. With first-class comfort, an outstanding AIRMATIC suspension, powerful V12 engine, intelligent driver assistance systems and unrestricted day-to-day suitability, the new flagship Guard model sets an unprecedented new standard in this segment. This is yet another instance where the best of Mercedes-Benz’s enriched global portfolio is being offered for Indian customers. With the launch of the new S 600 Guard, Mercedes-Benz India now provides a formidable range of special protection vehicles comprising the E-Guard and M-Guard, for the Indian market.

Markus Rubenbauer who is the Head of Guard Sales said,

At Mercedes-Benz, we claim the “technological leadership” in the field of special protection vehicles. Our unique wealth of experience spanning eight decades in the making of prestigious special-protection cars resulted in the S 600 Guard. The S 600 Guard offers hallmark Mercedes-Benz build quality combined with comprehensive highest protection characteristics. This is the first vehicle in Germany to be offered with the highest class of ballistic protection (VR9), which can withstand rifle fire from military weapons and protection from grenades and explosive charges. We are very pleased to present this engineering marvel and epitome of luxury for the Indian customers 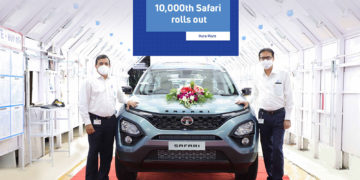 Tata Motors, India’s leading automotive brand today rolled out the 10,000th unit of the all new Safari from its manufacturing facility...