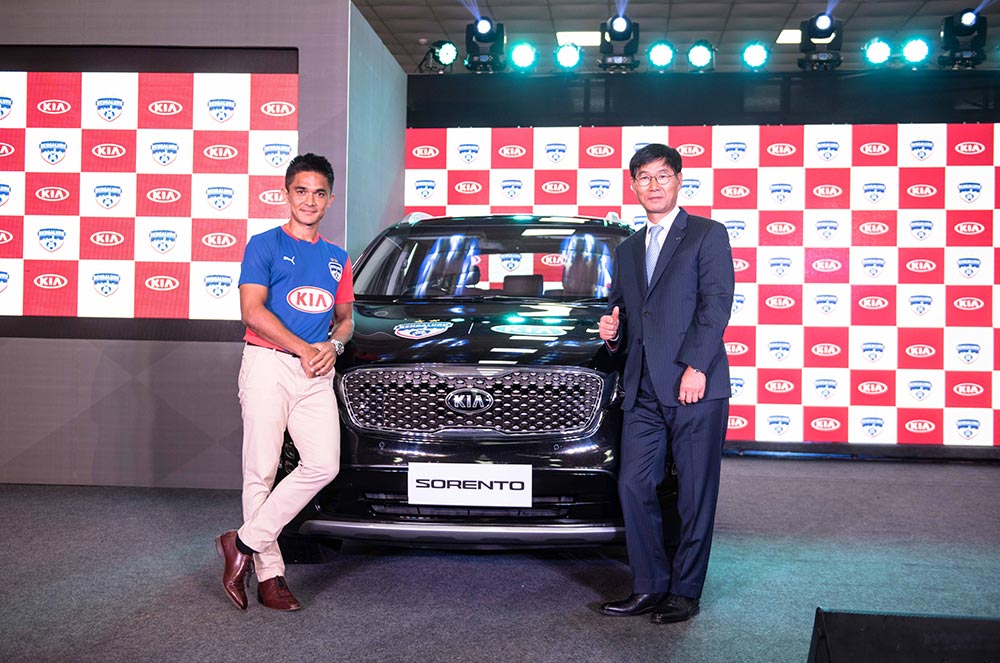 As a part of this association, Kia Motors’ logo will feature on the front of the BFC jersey beginning from the game against Jamshedpur FC scheduled on Sunday (7th October).

Bengaluru FC has been the most successful Indian club over the last five years, winning a major trophy once every season since its inception in 2013. In making the final of the Asian Football Confederation Cup (AFC CUP) in 2016, Bengaluru FC became the first club in Indian football history to reach the stage in continental competition. This partnership will be a major step forward for the Indian football community as two significant brands partner to build unforgettable fan experiences for millions of sports enthusiasts across the nation. 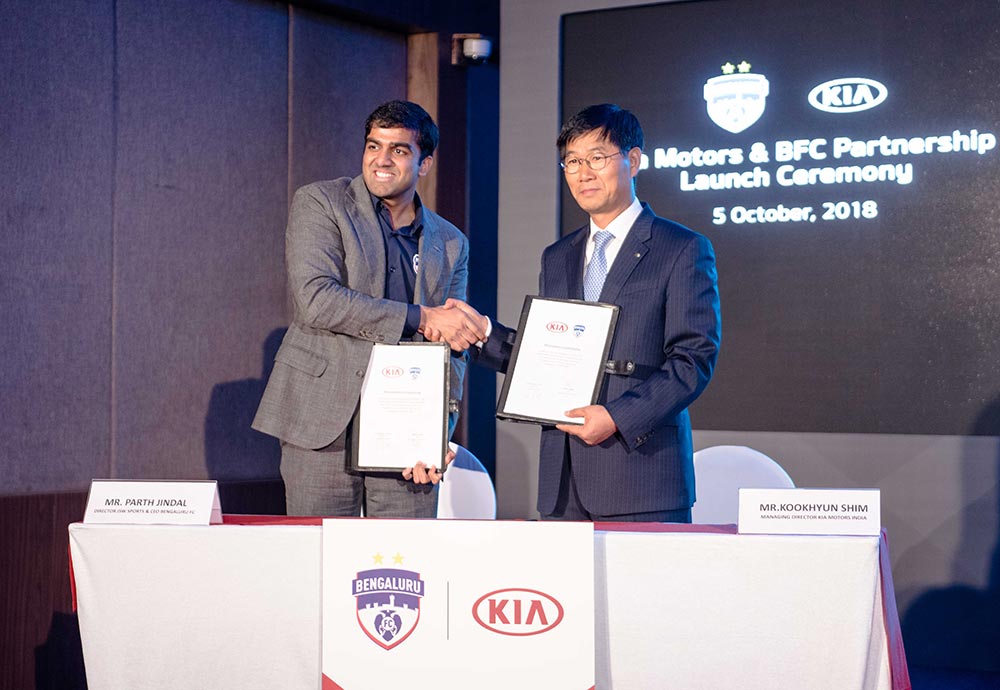 Bengaluru Football Club’s partnership with Kia is a historic association in Indian football. Kia has a rich background of partnerships with sports including a host of world-class sporting events and teams. For Kia to choose Bengaluru FC as a medium to announce its presence in India is a matter of pride for the club and is also a big testament to the fan culture that the team and the city have created. The JSW name that the club wore with pride, is now entwined in Bengaluru FC. Now, with Kia alongside us, we are looking forward to doing great things to grow the sport in the country, 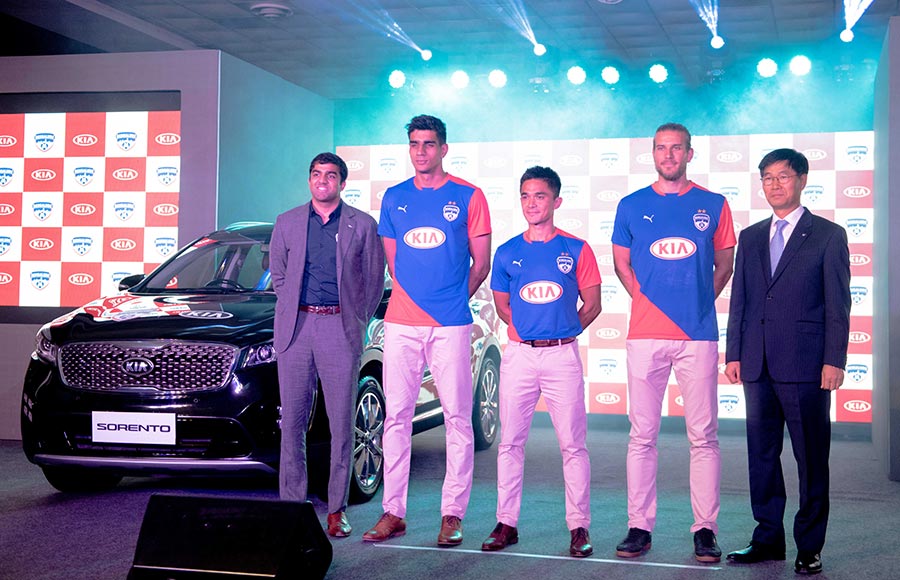 For Kia Motors India, this partnership is also a great step towards encouraging sports in India after a successful FIFA Official Match Ball Carrier (FIFA OMBC) program which gave India its first-ever Official Match Ball Carriers for the FIFA World Cup 2018 in Russia. Kia as a brand is young-at-heart and this partnership with Bengaluru FC reiterates the brand’s belief in the power of football to build communities and enhance consumer lifestyles beyond automobiles.

We at Kia, are as passionate about sports as we are about our world class cars. Our past and current partnerships with different sporting championships across the world are a clear sign of our enthusiasm for sports. As we extend this legacy to India, we aim to foster and inspire youngsters in the country to become a part of the global sports community. We are proud to associate with one of the most consistently successful teams in the ISL – Bengaluru FC, and we look forward to an excellent season with memorable experiences for millions of football enthusiasts throughout India. 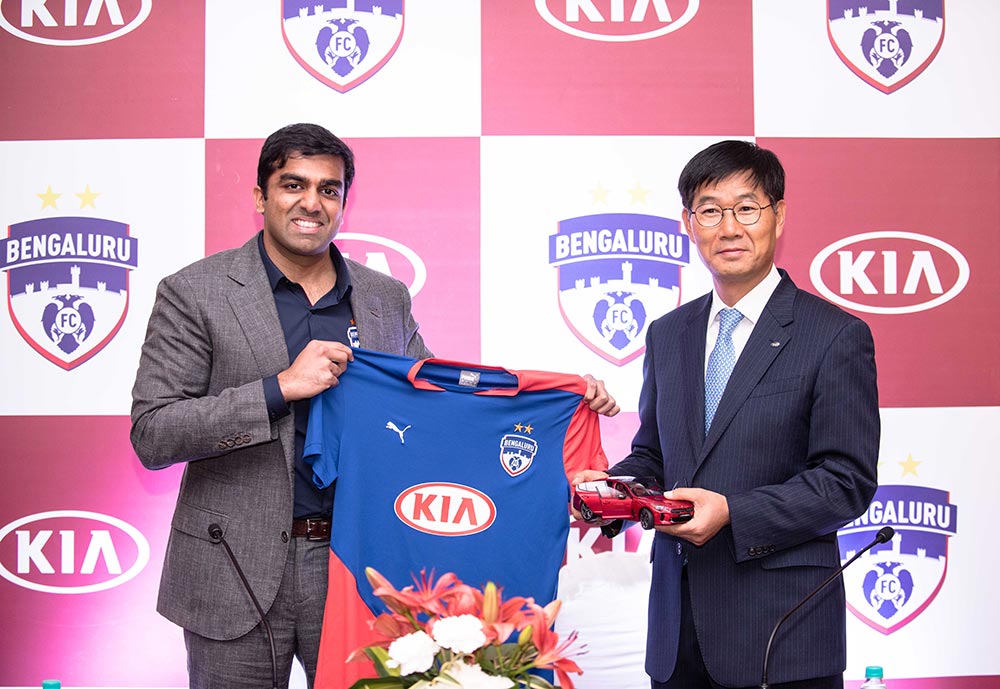 Also present at the announcement was ace footballer and Bengaluru FC captain Sunil Chhetri who has been sporting the club’s iconic blue shirt over the past five seasons. At the unveiling of the Kia logo-emblazoned jersey, Chhetri said,

I have been a part of the Bengaluru FC’s growth story from day one; we have taken big steps with every passing season. This association says so much about the club’s intent to grow, Kia has been a global ambassador of football and it was a real honor for me to be a part of the jury for Kia’s Official Match Ball Carrier Initiative where two kids were selected to be the first-ever Official Match Ball Carriers from India for the FIFA World Cup 2018. With this partnership, we are confident of encouraging and strengthening the rapidly evolving football community in India.