While Kia Motors India has not yet officially revealed the name of its upcoming and first ever Kia car, the Internet is abuzz with "Kia Seltos" as the photos of upcoming TVC leak. 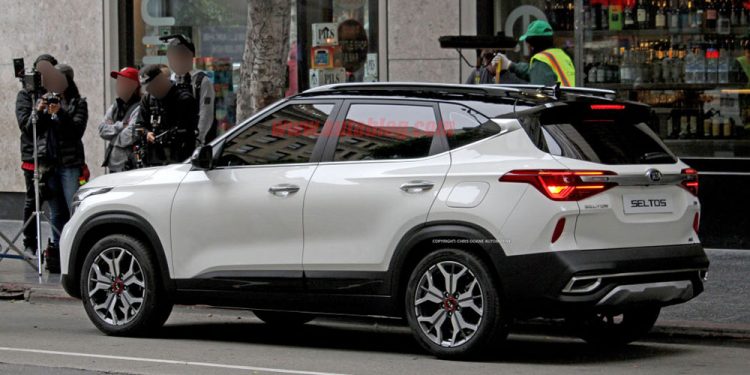 While Kia Motors India has not yet officially revealed the name of its upcoming and first ever Kia car, the Internet is abuzz with “Kia Seltos” . Autoblog.com has reported the live pictures of the much anticipated SUV from Kia carrying the name plate SELTOS .

It is possible that Kia Motors was shooting a TV commercial of this upcoming mid-SUV and preparing itself for the global launch of the car. Looking at the photos of Kia Seltos reported, it pretty much looks like this is the actual car which Kia will be rolling out in India as well as other International markets.

The exterior design sketches which was officially released by Kia Motors India has a good resemblance with the actual car SELTOS which you see in the images. The Kia SELTOS SUV looks pretty polished, neat and very appealing.

You can clearly notice Kia’s signature Tiger nose grille in this car. The alloy wheels, front headlamps and the overall design of Kia Seltos are all as per the SP2i concept which was revealed during the Trial production ceremony of Kia plant in India.

Let us know your take on Kia’s upcoming SELTOS SUV by commenting below.