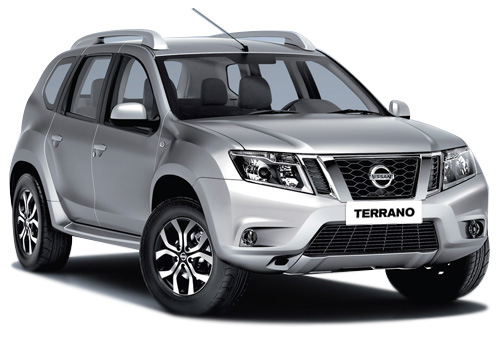 Nissan Terrano is a Sports Utility Vehicle (SUV) specifically targeted at the young actionable customers. Today, Nissan has launched a new limited edition Groove at a price tag of 11,45,123 INR (cost as per ex-showroom Delhi). The limited Groove edition of Nissan Terrano is based on the XL variant of the car and would be limited to mere 250 units. Nissan said that the car has been introduced with benefits over 30,000 Rs at no extra cost.

The all new Nissan Terrano Groove edition has been added with ambient lighting, highly branded fabric floor mats and Led scuff plates on the doors.

Along with these features, the Nissan Terrano Groove edition has been fitted with a new audio system with speaker which comes from Rockford Fosgate. The outer look of Nissan Terrano has also been tweaked slightly. Chrome highlights have been added to the fog lamps, tail lamps and the tailgate of the car. The roof of Nissan Terrano also gets a matte black wrap.

With the Groove edition, we want to reach out to individuals who like their cars to reflect their dynamic lifestyle. We are confident that the new additions will make the Terrano even more appealing to them.

New Tata Safari Storme to be launched at Rs 9.99 Lakhs by this month in India