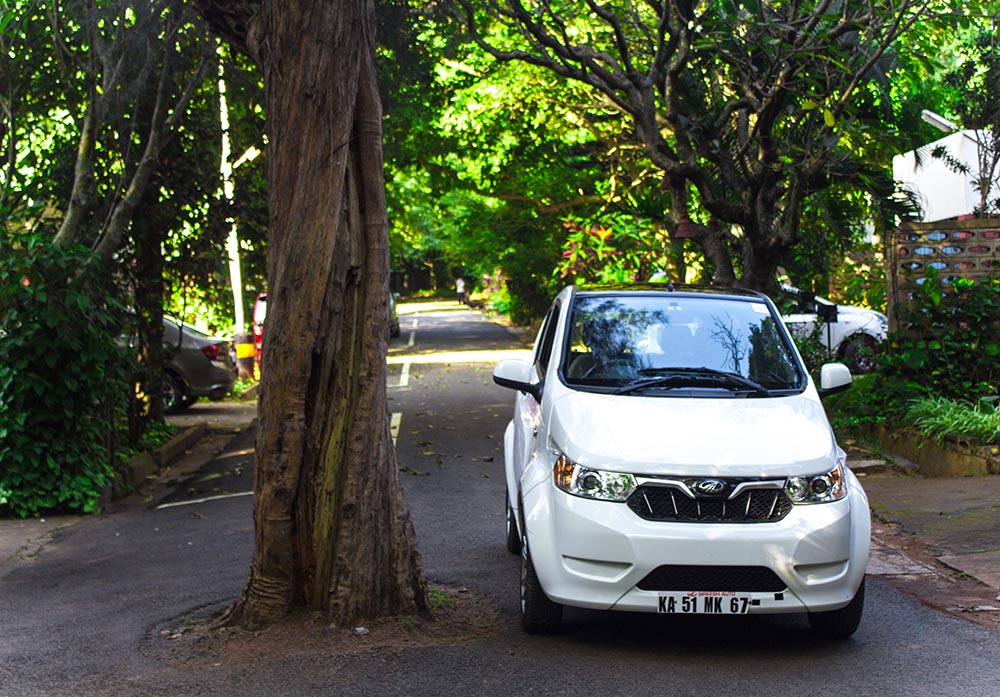 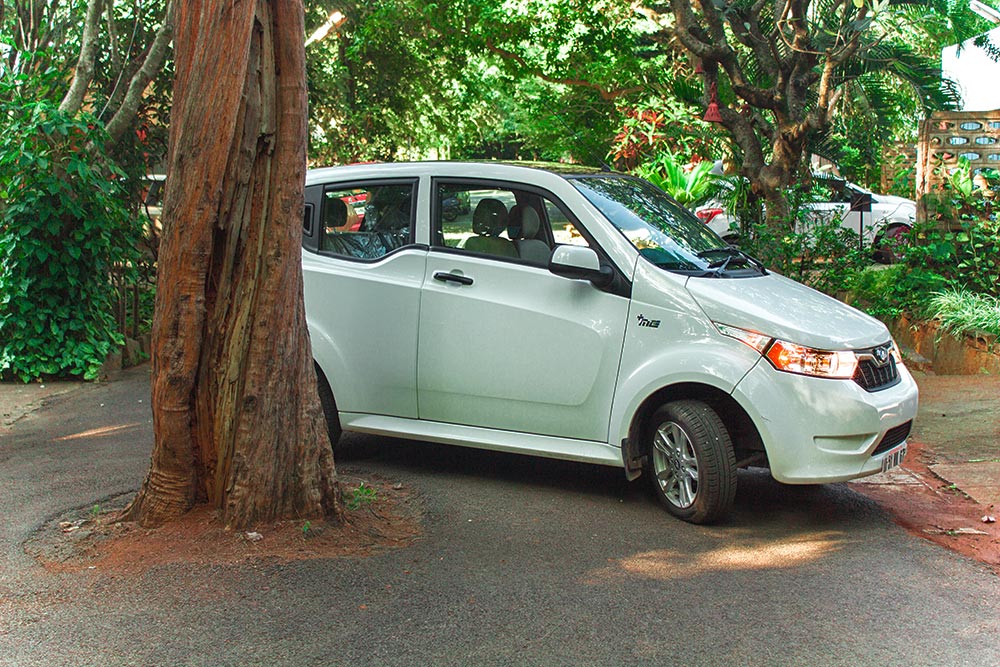 Mahindra has always been surprising us with budget friendly cars focussing the middle class family segment. This time it enthralled us with another new car for a different kind of family, the family that loves nature and Mother Earth. The “Mahindra e2o Plus”  is environment friendly and emission free. Thanks to Mahindra, this time they have looked into introducing a bigger size with four doors in all new e2oPlus as compared to earlier 2-door e2o model.

We decided to call this a “Go-Green” car as it works with electricity and it is emission free.

The conventional design on the exterior has no much difference from its sister e2o in terms of looks, but has expanded slightly on the size and introduced the concept of four doors, making it easily accessible for five people to fit in. The stylish exterior also exerts a feel good factor when you keep gazing at the car and makes you feel to get in the car and go for a drive. It has 300 mm longer wheelbase compared to e2o which means an expanded leg room in the cabin. The ME+ logo in the side gives a classy touch to the Go-Green car. The new e2oPlus and e2o looks the same in terms of headlight, but at the back e20Plus features roof spoilers and led tail lights. 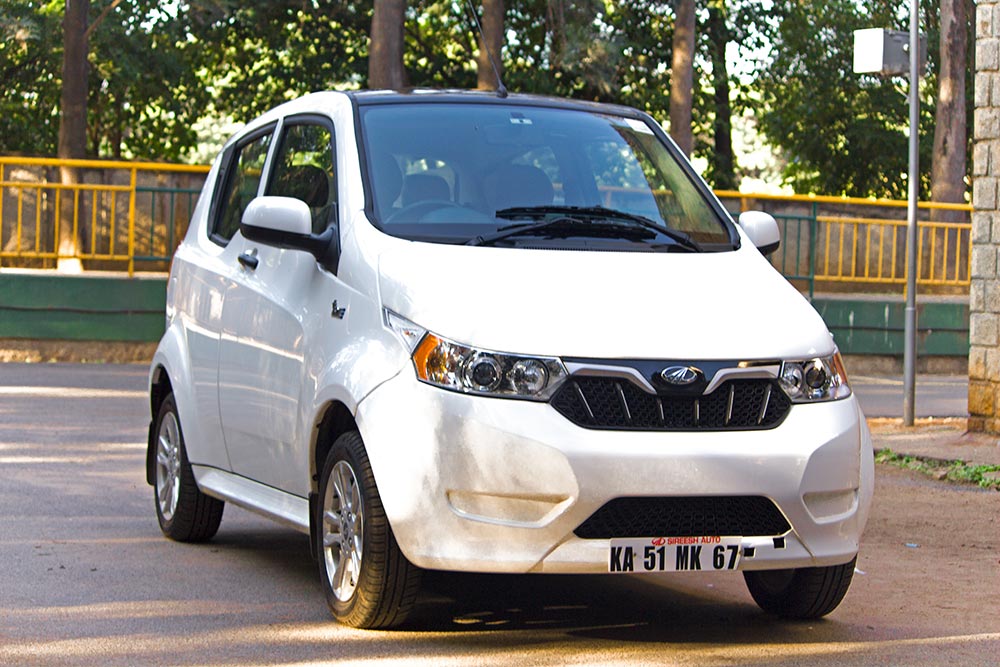 Thanks to Mahindra for the new four door feature and the expanded wheelbase in the e2oPlus as it helps accommodate three people into the rear seats although a bit congested. But can easily fit in two average adults. The leg room and head room is really appreciable as our 6-feet tall friend could easily squeeze in. Highlights on the top-end variant of the e2oPlus is the android based infotainment system, all round power windows and digital meter display which displays the driving efficiency, gear mode, distance to empty, charge percentage and kilometres. The keyless start is an amazing feature but at times got irksome sometimes to authenticate the same using the remote key. 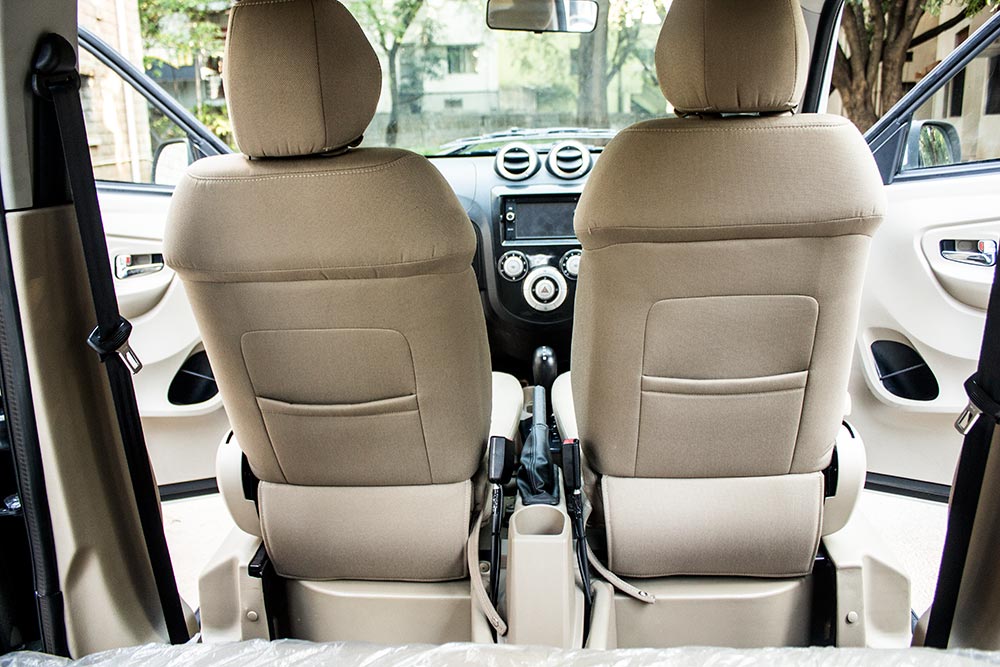 The boot on the other hand gives 135 litre capacity which can accommodate one big suitcase for the family to go on a one day trip and since the jack and the Stepney is placed in the front bonnet that would not occupy the boot space. The charger uses a 15 Volt plug point which can be found in all houses and the basements of the apartment. It takes around 7-8 hours for a full charge after the battery has completely drained down. For a person who do not own a parking it’s a negative but there are quite a few charging stations throughout major cities that can be traced from the e2o plus app which is available free in the Play Store which also features operating the car remotely from your android phone. 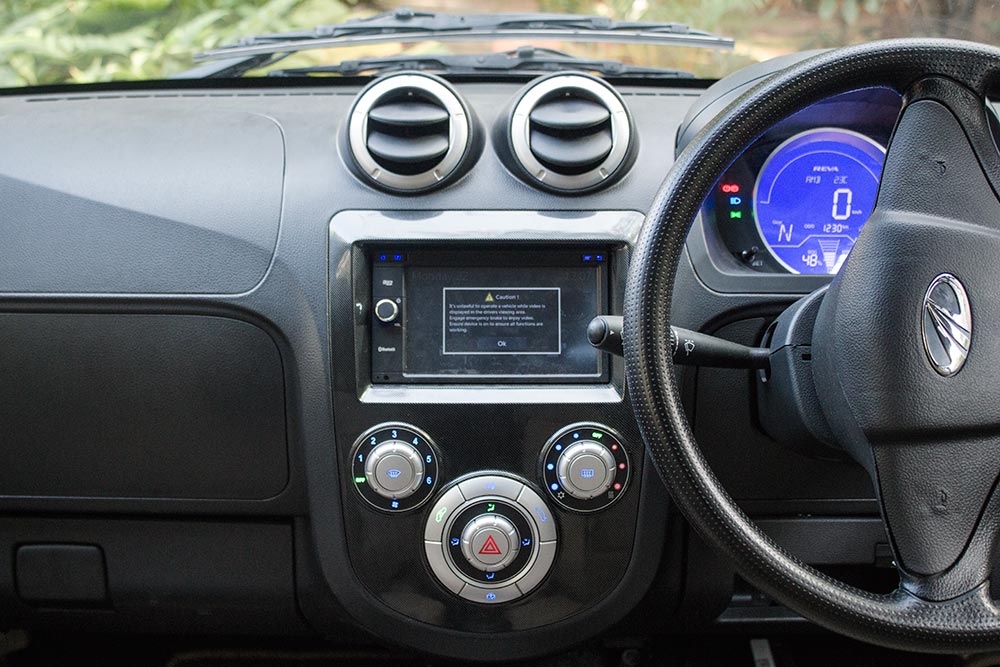 Although all the variants are auto transmission, the variant we got was the P8 variant which on full charge has a range of 140 kms. Although we did not charge it fully, we easily got to drive around 22 KM with 25% charge. The maximum speed during drive that we could reach was 67 and was difficult to go higher even after the boost option was enabled which was slightly disappointing. What is striking in the Go-Green is the Hill assist which means it did not tend to slip back while we had to stop on the hill and easily moved forward when required. 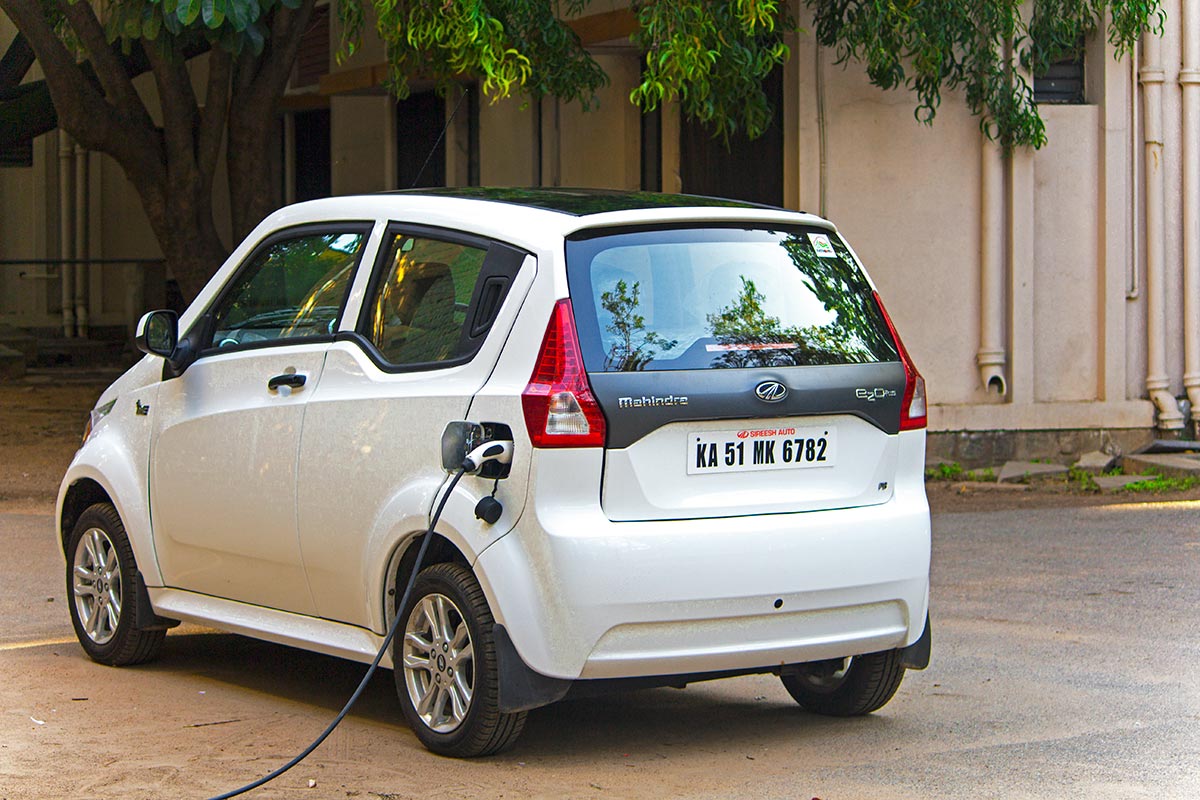 Sometimes what got really annoying was some sounds in the background, which could be some warnings in the infotainment system, the fan sound when the car is on halt. The suspension is not that great as we had to face some roller coaster rides in bad roads. 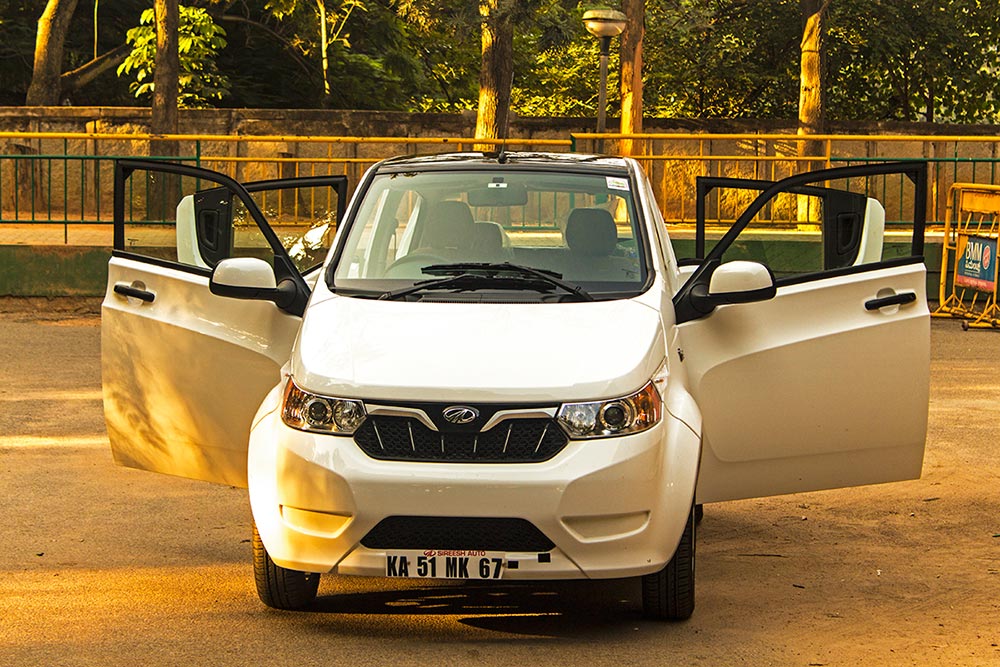 The e20Plus lacks in terms of safety as it does not feature any air bag, but plays safe as it has hill hold, seat belts and reverse assist. 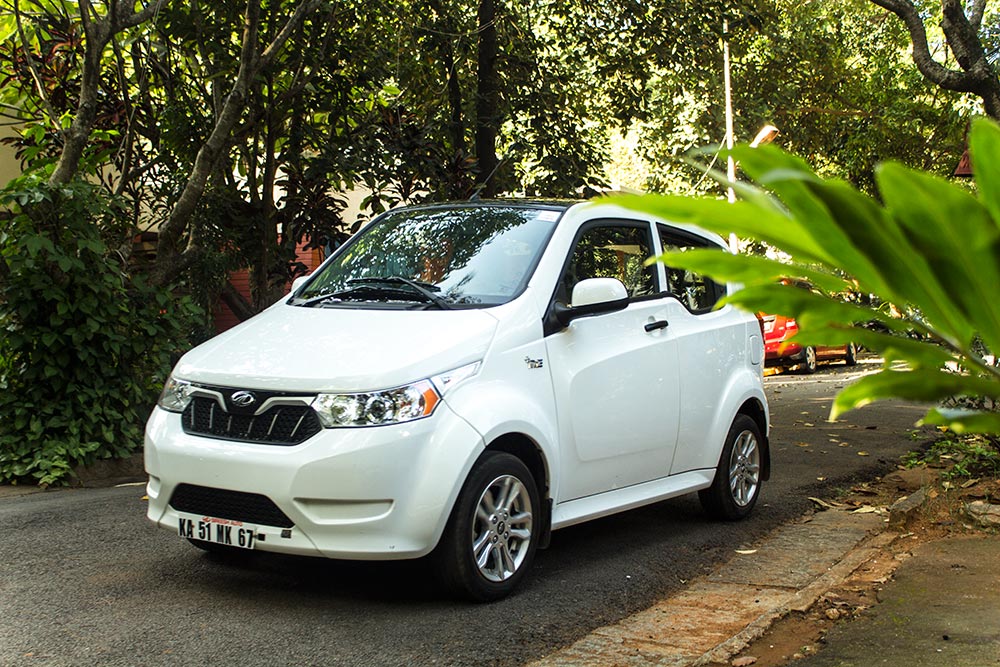 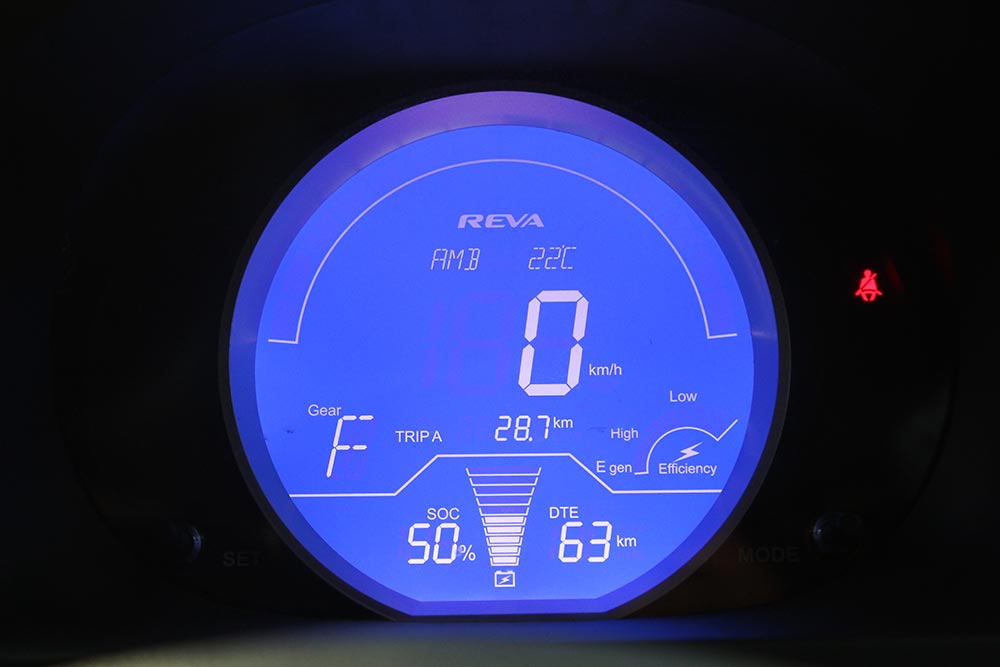 The all new Mahindra e2o plus is available in 4 colour variants namely: 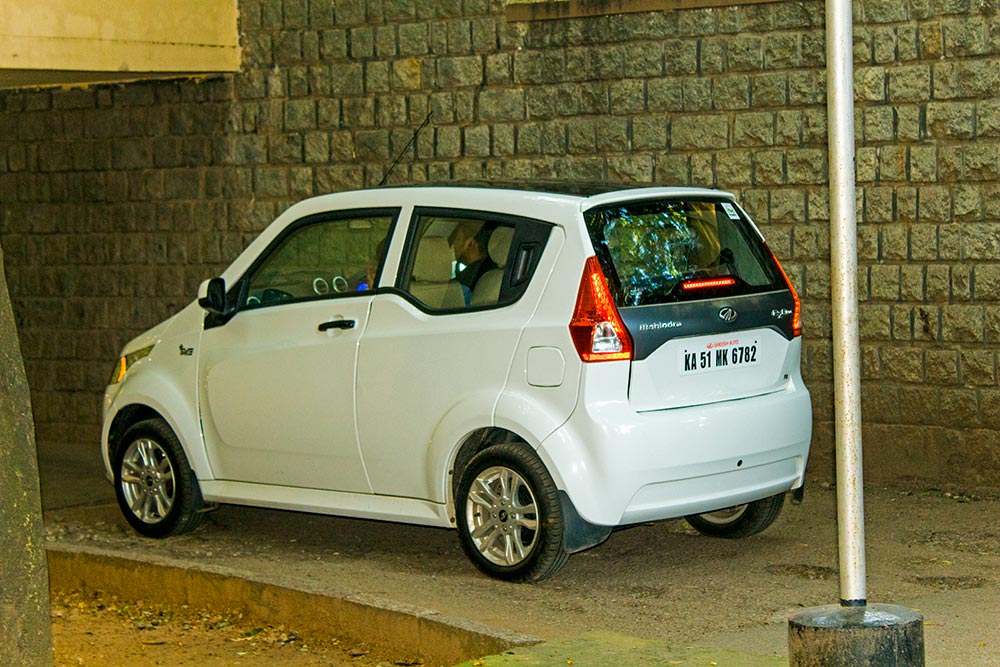 We would definitely recommend Mahindra e2oPlus for families who just do city driving, for older age group, for college kids and mostly for the eco-friendly people. Giving a thumbs up to its exterior style and enhanced interiors but we would give it a three star rating looking at the availability of the charging stations , some quivering sounds during drive and also not so great suspension. 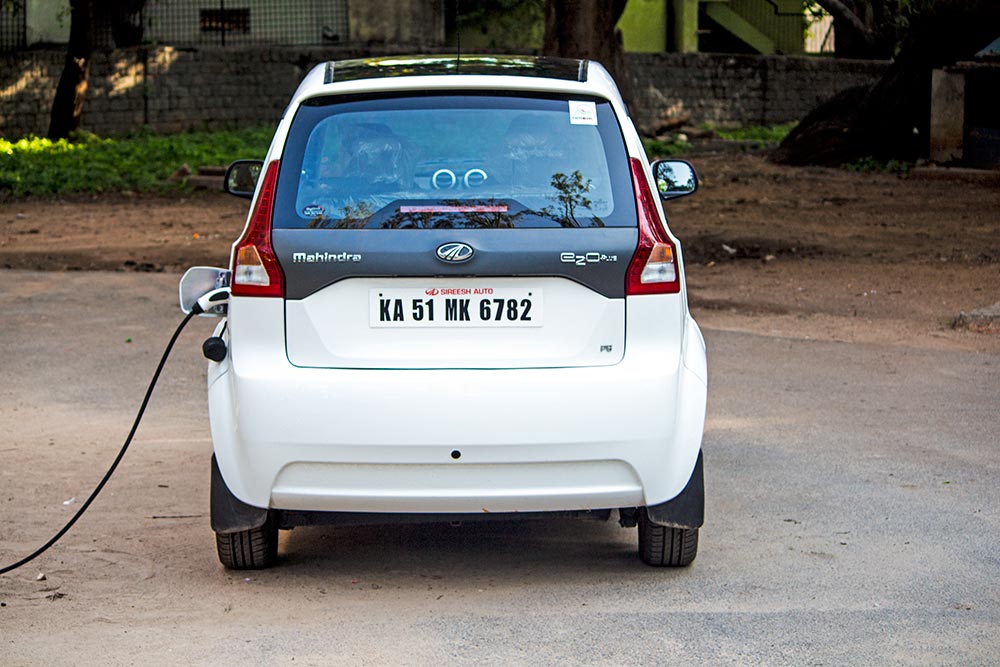 You can add more to this story by commenting in the roads discussion forum. You may find all the review photos here and in the photo gallery below.