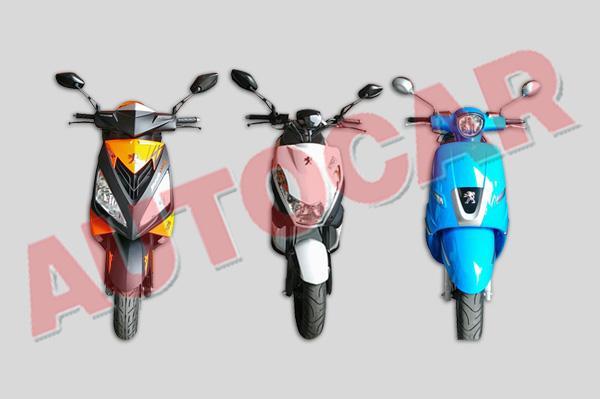 Mahindra Group’s two-wheeler arm will be showcasing something new at Delhi Auto Expo 2016. It is just not about Mahindra Gusto and stuff, the company which recently acquired a major stake in Peugeot scooters in the month of January might bring their scooters.

Various other media sources have reported that the scooters from Peugeot are spotted in India.
Mahindra 2 Wheelers has not revealed or confirmed which models from Peugeot would be showcased at Auto Expo 2016, we expect a wide range including the larger ‘maxi scooters’ as Mahindra would likely want to use the Auto Expo for brand building as well as to measure the public reaction to various models.

Although it is not fully popular in global level, the Peugeot Scooters is a key player in Europe and are the oldest motorized 2-wheeler manufacturer in the world. The Peugeot has a wide range of scooters and mopeds, from 50cc to 400cc, including a 3-wheeled scooter, the Metropolis.

With Honda also rumoured to be displaying a maxi scooter, the prospects for super or maxi scooters after the death of the 165cc Kinetic Blaze are looking good.