The Mahindra XUV700 set a series of new Indian national records at the 24 hours Speed Endurance Challenge held at the Mahindra SUV Proving Track (MSPT) near Chennai and emphatically proved its durability in extreme conditions. 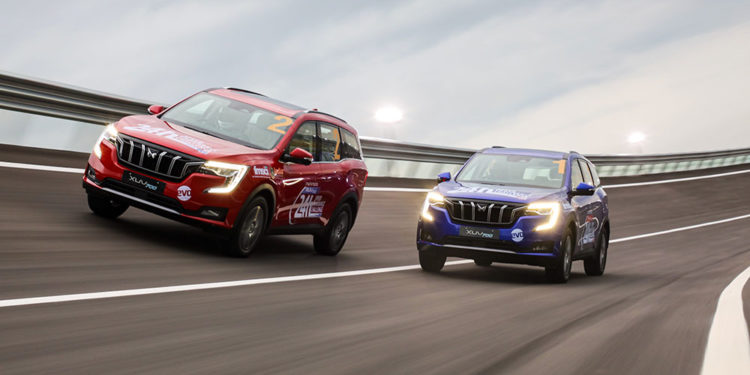 The Mahindra XUV700 set a series of new Indian national records at the 24 hours Speed Endurance Challenge held at the Mahindra SUV Proving Track (MSPT) near Chennai and emphatically proved its durability in extreme conditions.  Four XUV700s entered the challenge and all four recorded over 4000 km with the Diesel Manual variant leading the pack with 4384.73 km, Diesel Automatic clocking 4256.12 km, Petrol Manual doing 4232.01 km and Petrol Automatic squeezing out 4155.65 km.  The previous record set in 2016 was for 3161 km.

In addition to the national record, the XUV700 broke a total of 80 additional records during this challenge at the MSPT. Even the onset of the reverse monsoon with a torrential downpour couldn’t prevent the XUV700 from unleashing its fury as the vehicles averaged an astonishing speed range of 170-180 km/h at the track. XUV700 variants were put through the toughest test ever, as it was driven for 24 hours at a stretch at the above-mentioned speed range with quick stopovers only for fuel refill and driver change. MSPT is a world class vehicle development facility of Mahindra and was inaugurated on August 14, 2021.

“The XUV700 was conceptualised, developed and built to a very high endurance standard and as expected it fared extremely well in this gruelling challenge. We are proud that the XUV700 has set new benchmarks for endurance and set new national records. It is interesting to note that this achievement came at our very own world-class MSPT”

The XUV700s were driven by enthusiasts from the automotive fraternity in the country under the stringent regulations and observation of Federation of Motor Sports Clubs of India. The event was organised by EVO India and the records were validated by India Book of Records.