The all new Maruti Ciaz gets a new 1.5l diesel which makes 95 bhp and 220Nm. Read the full review of Ciaz Diesel 1.5L Engine 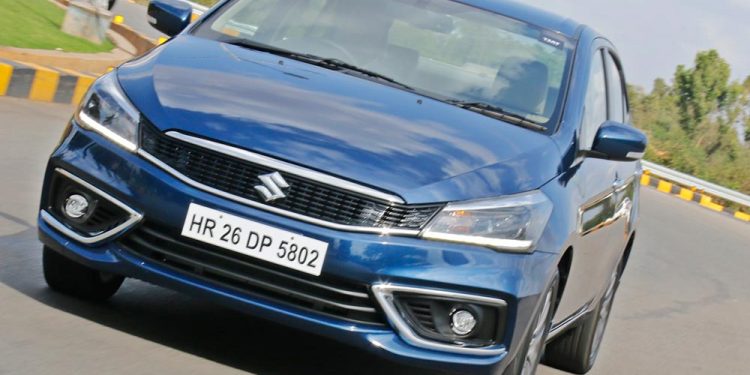 Diesel is a very important part of the Maruti range and while consumers are increasingly shifting to petrol, diesel still has a demand-case in point being the Maruti Brezza which only sells in diesel and even all of the Maruti cars have a diesel option. Currently it is the 1.3L diesel from Fiat but come next year with BS6 norms coming in, that engine would not be applicable which means Maruti had to make its own. Thus it has with its new 1.5L motor (BS6 ready) and that has made its debut in the Ciaz for now. We drive it for a review.

The Ciaz gets a new 1.5l diesel which makes 95 bhp and 220Nm. That is a small but nevertheless significant increase over the 1.3l diesel which makes 89 bhp and 200Nm. But the changes go beyond that as this new 1.5l is a class apart from the 1.3l. The 1.3 is rather famous for its noise and turbo lag- something which has been removed in the new one. Start it up and while you do notice that it is a diesel, the refinement is shockingly good. From one of the noisiest diesel cars to now being most refined. Start driving and noise levels are brought down with during speed, you forget that it is a diesel!

The engine is also much better and has a much more responsive bottom-end. Unlike the 1.3l you do not need to hunt for downshifts to get it going at low speeds. The other big thing is the light clutch and the light steering which makes driving easier. However, the biggest change other than the new diesel is the new 6-speed manual. That has changed the Ciaz. This new gearbox is much better to use over the 5-speed on the 1.3l.

Also when you enter the highway, the 6-speed gearbox shines. The 6th gear aids better efficiency and better cruising at high speeds plus the engine is really refined at high speeds. The Ciaz is a light car and the new diesel makes this a potent performer.

What variant to buy?

You can buy the Ciaz 1.5l in three trims- Delta, Zeta and Alpha. The top-end Alpha is the best value as it gets the best features including the new Maruti touch screen infotainment system which has a lot of features in them.

The new Ciaz 1.5l diesel starts at Rs 9.9 lakhs while the Zeta is Rs 11.08 lakh while the Alpha is Rs 11.3 lakh. It is still cheaper than the Verna which is Rs 13 lakh while the Honda City is Rs 14 lakh. The Vento and Rapid are also expensive from Rs 12 lakh. In comparison, the Verna makes more power and is still the fastest plus it has an automatic which the Skoda also has. The City is also fun to drive. In comparison the Ciaz 1.5l is amongst the most refined, has the most mileage and also good value being most affordable.

The Ciaz 1.5l is only Rs 30k more expensive over the 1.3l which is still sold but it does not make sense to buy it now. The 1.5l is so much better. The refinement, performance and efficiency- all impressed. It is also great value and is spacious plus touch screen is also now updated. Certainly if you want a diesel midsizer, the Ciaz diesel 1.5l is the most appropriate option.

Check the full Photo gallery of New Ciaz Diesel below.