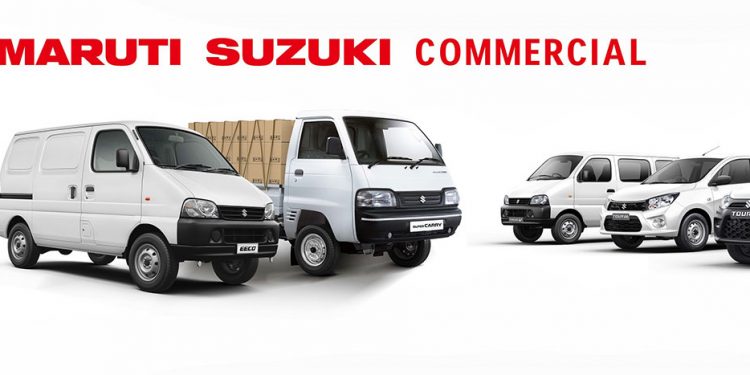 Maruti Suzuki forayed into the commercial segment in September 2016 with Super Carry. With a 240% growth in the past three years, the inclusion of the Tour range will help further strengthen the Maruti Suzuki Commercial network.

Maruti Suzuki’s Commercial channel is the fastest growing commercial network in the country. A majority of the Commercial network customers comprise of ‘owner-cum-driver’ who are ambitious, risk takers and are looking for recognition. Their primary need is to get a stable income, and these vehicles contribute as a source of livelihood for them. Similarly, the fleet owners seek increased productivity, improved earnings and expansion of their business. Our internal research suggests that both these goods carrier owners as well as passenger carrier owners have similar business needs. Recognizing this as an opportunity, we decided to consolidate our commercial offerings under one roof.”

“The expanding Commercial network is a testimony to our focus on customer satisfaction and establishes our expertise in understanding the needs of the customers. Our customer first approach has contributed to mass acceptance of the brand resulting three times growth in network. With an enhanced portfolio of Super Carry, Eeco and Tour range available via our Commercial network, we are confident that it will also help our dealer partners”

Further, as a step towards enhancing inclusivity, a new brand logo for Maruti Suzuki Commercial network was revealed recently.