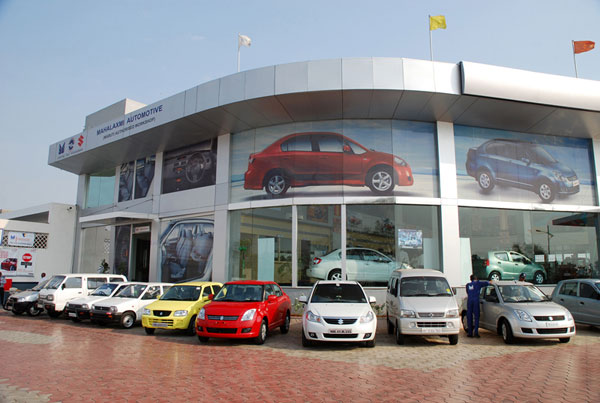 Seems like Indian automotive giant Maruti Suzuki wants to change its brand as budget car maker. In an effort to portrait Maruti Suzuki as a premium car maker, the company has concrete plans to bring dedicated Premium car showrooms that exclusively showcases its high end premium cars. India’s top car marker, Maruti Suzuki might have sold over 15 million cars ( about 1.5 crore cars) in India for the budget segment, but it is now gearing up to promote itself as a luxury car maker. Maruti Suzuki India has opened its first ever premium dealership in Dwarka in New Delhi which exclusively sells Maruti Suzuki Ciaz C-segment Sedan. The premium car showrooms should soon have the upcoming crossover S-Cross/Across as well as the premium YRA hatchback which is expected to be launched by Diwali.

Just not one premium showroom at Dwaraka, various such showrooms are planned across India in order to bring premium models of Maruti Suzuki cars for the display, primarily aiming to attract the more affluent car buyers. One can expect these premium showrooms to deliver a better,inviting buying experience. According to reports from trusted sources, the premium dealership network shall be named as Nexa and shall be present across all major metro cities in India to start with.

Cars in the budget segment is doing exceptionally well for Maruti Suzuki. There is a positive growth when it comes to cars in entry-level segment like Maruti Suzuki Alto, Wagon R, Celerio and Swift. The premium Nexa network would take some time to establish itself, parallelly it is the right time for the 4 wheeler manufacturer to introduce its expensive models.

As usual Maruti will launch YRA , post Jazz , I20 & Polo have hogged the market.