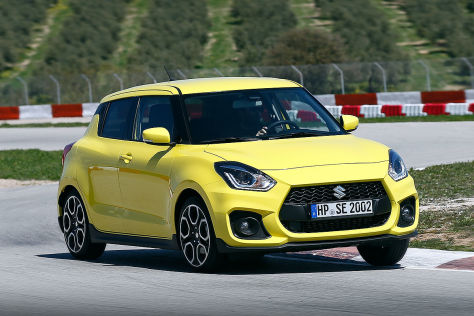 Suzuki Motor Corp. will be replacing the lead-based batteries on its cars with lithium-ion batteries sourced from the parent’s upcoming Gujarat battery plant, starting from 2021.

The report suggests that The longer-lasting lithium-ion batteries will replace the traditional lead-based in cars like Swift hatchback and all models that are more expensive than it . 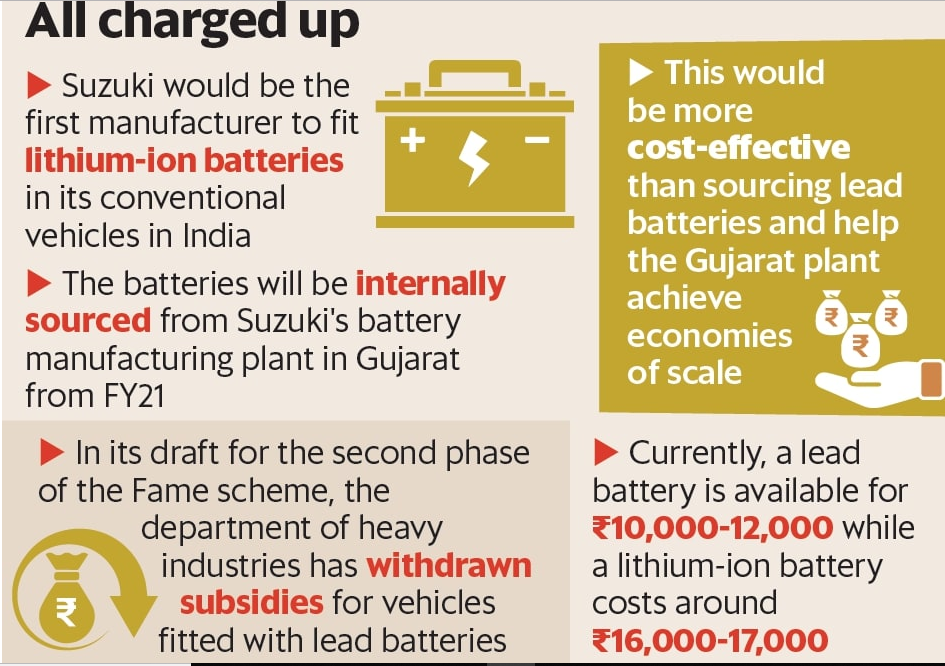 Suzuki expects that the benefits of doing so will be two-fold:  It is expected to be more cost-effective than sourcing lead batteries from vendors and will also help the Gujarat battery plant achieve economies of scale.

Suzuki has invested 1,152 crores in setting up the battery manufacturing plant in collaboration with Toshiba Corp. and Denso Corp. These batteries will be used for electric two-wheelers to be introduced by Suzuki in India by 2020 making  Maruti Suzuki the first manufacturer to provide a lithium-ion battery in cars in India in mass models. as for now all-electric vehicles in the country imported or make batteries mostly from China. 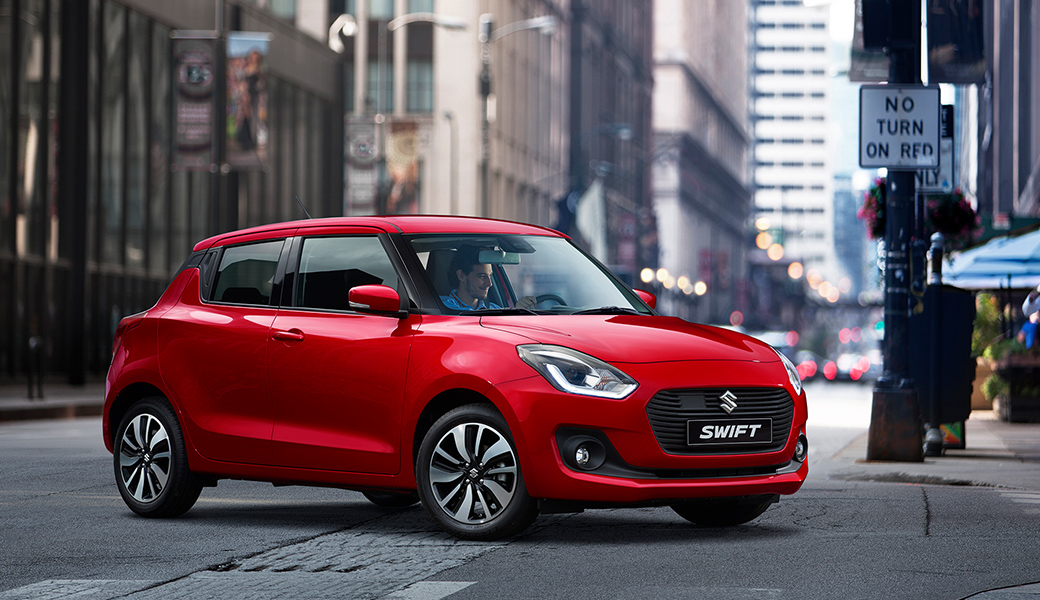 The Union government also wants to promote the use of alternative battery technologies, since use of lead has adverse implications on the environment. In the second draft of the Faster Adoption and Manufacturing of Hybrid and Electric Vehicles in India (FAME) scheme, the government has cancelled subsidies for vehicles fitted with lead batteries.