The sixth edition of Mercedes-Benz Classic car rally event, which was first organised by Autocar India in 2014, was held at the Sofitel in Bandra Kurla Complex. 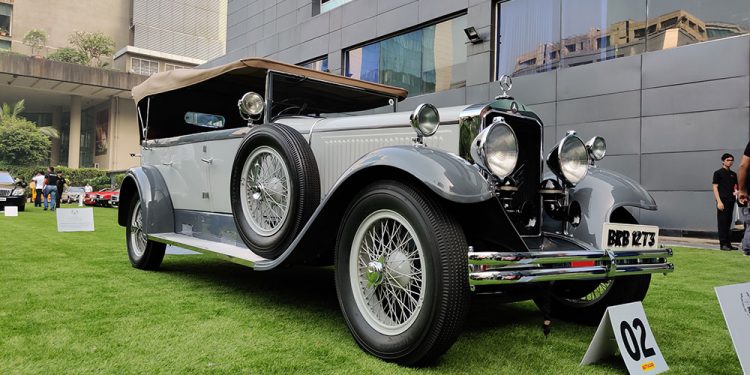 The finest and most immaculate Mercedes-Benz models in India were on display — and in graceful motion — at the Mercedes-Benz Classic Car Rally (MBCCR) 2019. The sixth edition of the event, which was first organised by Autocar India in 2014, was held at the Sofitel in Bandra Kurla Complex. The rally, which ranks among the most prestigious events of its kind in Asia, also marked two major milestones – Mercedes Benz’s 25th year in the country and Autocar India’s 20th anniversary.

Mercedes-Benz collectors and classic car aficionados who participated in the event included Viveck Goenka, chairman and managing director of the Express Group, industrialist Gautam Singhania, and Yuvraj Himanshu of Gondal.

The genteel event attracted both, the informed classic car enthusiast and the generally car-curious, who watched with admiration as the cars rolled along towards the Worli Seaface in their stately grandeur. Also present were a number of classic car restorers — a testament to the rally’s role in revitalising interest in Mercedes-Benz classics.

“This event has become the most awaited of its kind for automotive enthusiasts. Apart from being the single largest gathering of timeless creations from Mercedes-Benz, what impresses me the most is the love of the owners in keeping these cars in immaculate condition,” said Martin Schwenk, managing director and CEO of Mercedes-Benz India.

Over the last six years, participation in the rally has grown multifold, despite the limited number of vintage and classic Mercedes-Benz models that were imported into India. This year’s edition featured over 130 cars. “The variety this year was stunning. It was a veritable museum on wheels,” said Autocar India’s Perseus Bandrawala, who curated the event. “Most of the cars on display could have easily taken part in a concours anywhere in the world.”