Porsche India is a division of Skoda Auto Volkswagen India Private Limited, with its headquarters in Mumbai.

Porsche for Four – A vision since Type 356

Porsche has proven that performance can also be experienced on four full-value seats since the introduction of the Cayenne, Panamera and Macan 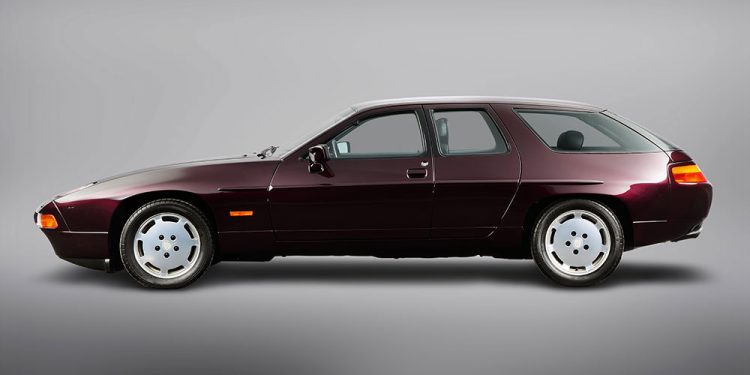 Porsche has proven that performance can also be experienced on four full-value seats since the introduction of the Cayenne, Panamera and Macan. But the vision itself goes even further back. Porsche had already thought about creating a sports car feeling for four when it designed the Type 356.

This 356 was different. It had larger doors, a lengthened wheelbase and the roof was raised slightly at the rear. And even if the vehicle with the internal designation Type 530 still had two doors, it marked the start of the vision of a Porsche for four at the start of the 1950s.

Ferdinand “Ferry” Anton Ernst Porsche himself had the great desire that a sports car should also offer space for families. After all, he became a father himself at the age of 26 and attached great importance to family life – as well as to sporty driving. Initially, development of a Porsche with four full-value seats was slow to get moving.

After the era of the 356 and the 530 prototype, the next attempt was made in 1959. The Type 754 T7 was developed under the direction of Ferry Porsche’s son, Ferdinand Alexander. The basic features already reflected its soon-to-follow successor: the Porsche 911.

Its characteristic front end up to the A-pillar and the fastback make it possible to recognise up to the present day that the T7 was already very close to the goal of the sports car icon. In order to create more space, further attempts were made and the Types T8 as a 2+2-seater and the T9 as a full-value four-seater were developed in parallel.

Ferry Porsche personally approved further development of the T8 in 1961. This in effect represented the birth of the 911.

With the presentation of the 928 in 1977, which was actually intended to replace the 911 after more than 14 years, a new chapter started in the search for a full-value four-seater model.

At the same time, a new variant of the 928 increasingly took shape. In 1986, there were two types with four doors and different rear ends on the drawing board in Zuffenhausen.

However, after extensive development tests, Porsche also discarded this attempt in 1989: the rigidity of the 928 body was not convincing. A model of the two prototype designs, a black four-door vehicle with estate-type rear end, is still in the museum collection today.

While sports car history was still being made in parallel, new attempts were made to establish a Porsche for four. With a 300 PS 3.6-litre V8 engine at the rear, the Type 989 created by Harm Lagaay was ready to set an important milestone as the first four-door Porsche. This time everything seemed to have been done the right way. But Wendelin Wiedeking stopped the start of factory production for economic reasons upon taking up his position in the Executive Board. In 1993, all efforts were needed for the new model lines Boxster and Carrera.

At the end of the 1990s, there was a renaissance of the Porsche for four. The version of a Porsche with four full-value seats remained alive in the drawers of the company. After the launch of the Cayenne in 2002, a further spacious dream went into series production in the summer of 2009: the Panamera.

Its development shows that sometimes the time was not yet ripe or that internal circumstances sometimes thwarted bold plans. But Porsche always believed in a sports car for four and finally realised this vision. And the range was even recently electrified: with the Taycan.