Bajaj Auto have been steadily making some good effort to stay in track of India auto world. And now the Pulsar 200 SS which was earlier showcased at Auto Shows is now getting ready to make its way to the Indian Roads soon. There have  been a lot of photos making its way to the Internet about the Completely assembled Pulsar 200 SS. Now we have official news about it. 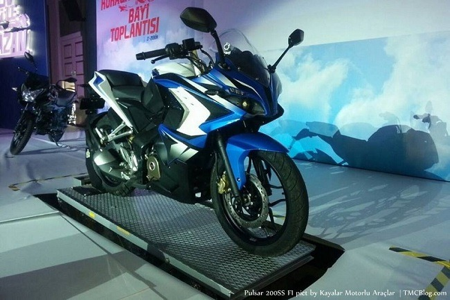 The price range of Pulsar will around Rs. 1 lakh and the expected launch will be around April First week.

Keep yourself updated by subscribing to our news feed.