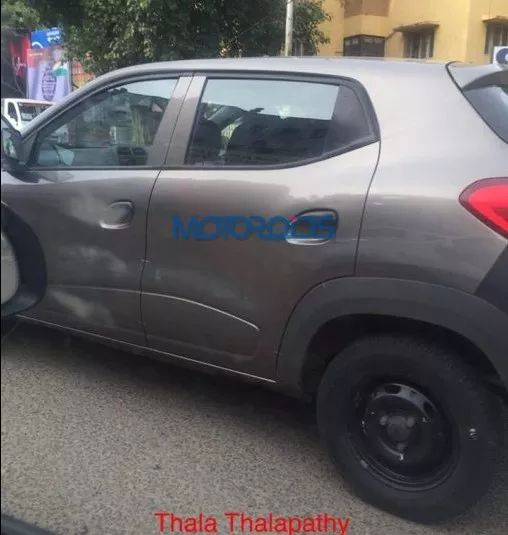 Renault has already showcased Kwid in India and we have an information that 98% of the car will be made in India. The spy images which you see in these photos is of Renault Kwid’s base-variant model. Some of the other things which you could observe in Renault Kwid are unpainted bumpers, exposed steel wheels as well as the absence of side body cladding.

Renault Kwid is an India specific model based on Renault-Nissan’s CMFA platform. Talking about the dimensions of new Renault Kwid, the car measures 3.68 metres in length, 1.58 metres in width and comes with a good ground clearance of 180mm. When it comes to the Engine, the all new Renault Kwid comes with a 800cc, 3 cylinder, DOHC engine that is reported to deliver a maximum power of 57bhp which makes Renault Kwid a very powerful car in its segment. 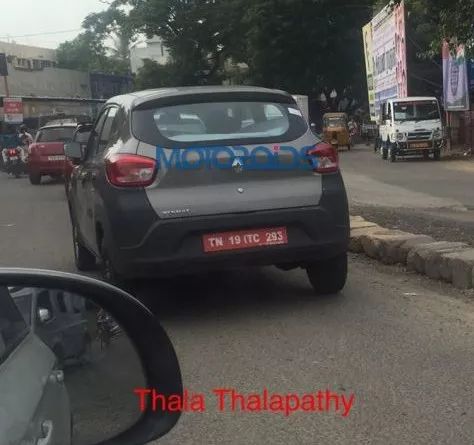 The car is expected to be priced between 3 lakh to 4 lakh rupees in India and as said earlier the car will be heavily localised to bring down the cost. Kwid comes with a fully digital instrument console with 7 inch touchscreen infotainment system that has Media-Nav multimedia/navigation system.