98% of Renault Kwid is Made in India

Renault has announced an entry level compact car – Renault Kwid last week. Reports have confirmed that 98% of the parts have been sourced locally in India. The Kwid is an expected car from Renault and it shall hit the showrooms by November this year. The car would aim at affordable segment at a price tag less than 3.5 Lakhs to 4 Lakhs – an aggressive take on market leaders in this segment like Maruti Suzuki Alto and Hyundai range of cars.

98% of Renault Kwid is Made in India

It is important to note, other than Maruti Suzuki, no other multinational automobile manufacturer has managed to make use of high level of local content. Making use of the local materials shall help Renault bring this car for as cheap as Rs 3.5 Lakhs in India. The car would be available for sale during the festive season of Diwali – which is in the month of November. 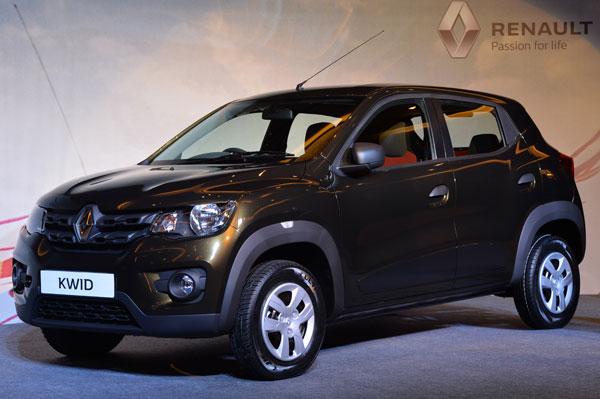 Mr Carlos Ghosn who is the CEO of Renault said in a statement,

“In my opinion, outside India, you cannot make a car like this, no matter where you go. Even in Brazil, Russia, or China, you cannot build a car to this cost target. With a car like this, you need Indian creativity and frugal engineering with no compromise on cost, which is so specific to the Indian approach”

In order to optimize the car better, Renault is bringing the best of all world to the car, with a mix of engineers from different countries like France, Japan and India who has specialized skills for making the car better. The only plant which is manufacturing this car is based in Chennai, the car is based on CMF-A platform that spawns various derivatives of the Kwid as well as underpin Datsun range of products.

Mr Gerard Detourbet, who is the project head who is based in India and who has designed and developed the Renault Kwid from the scratch said,

“The only way to develop a truly Indian car is to lead the development out of India”,

Only few engine critical components like connecting rods, knock sensors and fuel injectors has been imported from outside. Renault has invested around Rs 3,000 crore in the design, development and manufacturing of the Kwid.

[…] manufacturing plant which is present in Chennai. Renault claims that it has achieved a 98% localisation, because of that it is able to bring down the cost of the […]

[…] to lower maintenance cost. Renault KWID will also be best-in-class in maintenance part costs due to aggressive localization, which stands at 98%, which will positively impact the overall ownership […]

[…] KWID will be best-in-class in maintenance part costs due to aggressive localization ( Read: 98% of Renault Kwid is made in India ) and optimization which has a very positively impact on overall ownership cost of the […]

[…] for a car buyer, as Kwid is very affordable with a price tag of 3 to 4 lakhs and amounts to 98% localisation. Renault Kwid could give a neck and neck competition to India’s best selling Maruti Alto, and […]

[…] is led by Renault KWID, Renault’s global car for conquest. Renault KWID is manufactured with over 98% localization and epitomises the ‘Make in India’ ideology. Renault will also soon commence on its export […]