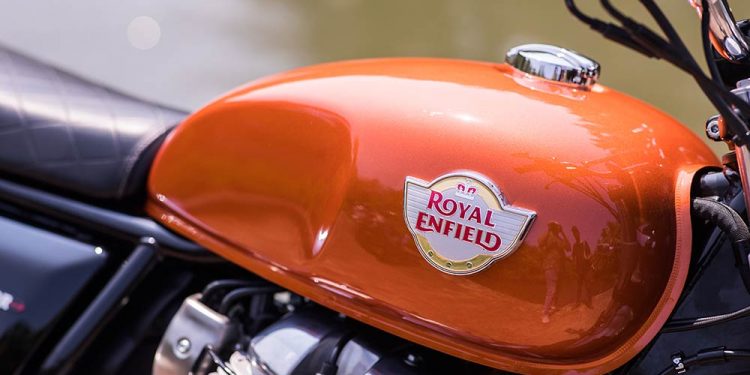 Royal Enfield, a unit of Eicher Motors Ltd. (EML) and the global leader in mid-sized (250-750cc) motorcycles, today announced its planned capital expenditure of INR 700 crore for FY 2019-20. The planned capex will include completion of the construction work of the Technology Centre, Phase-2 of the Vallam Vadagal plant in Tamil Nadu and towards the development of new platforms and products. Also, for 2019-20, Royal Enfield plans a production of 950,000 motorcycles.

This year Royal Enfield will focus on the upcoming transition to the BS-VI emission norms along with strengthening our product development capabilities and working towards new global platforms. The second phase of our Vallam Vadagal plant near Chennai, Tamil Nadu is progressing well and is expected to commence commercial production in the second half of this financial year. The construction of our Technology Centre in Chennai is also nearing its completion. With a wide distribution network in India, growing international presence and building state-of-the-art capabilities in product development, Royal Enfield is well on its way to grow the middleweight motorcycle segment globally in the coming years.

In FY 2018-19, Royal Enfield announced formation of its wholly-owned subsidiary in Thailand. To further strengthen its presence in the ASEAN region, Royal Enfield recently announced its upcoming assembly operations in Thailand, its first outside of India. The initial response to Royal Enfield in the ASEAN region, which is one of the largest two-wheeler markets, has been very encouraging. With the upcoming assembly operations expected to come onstream in H1 FY2019-20 and plans to further expand dealer presence in the region, Royal Enfield is well poised to fill the gap in the mid-sized segment in the region.