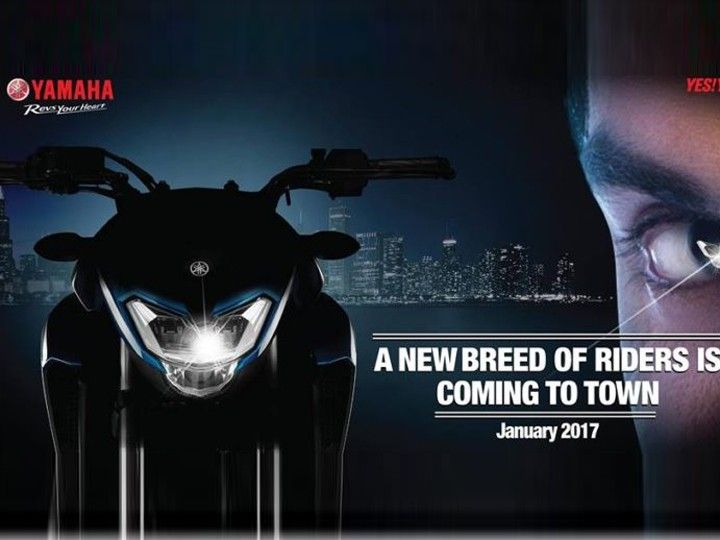 Looks like the Japanese automaker Yamaha has got a great plan for the year 2017. First, we received a media invitation last month from Yamaha India with a bold statement that the company is going to unveil a new chapter on January 24th.

We also received a wonderful greeting message from Roy Kurian, Head of Sales and Marketing of Yamaha India wishing a Happy New Year 2017. 2-Wheeler automobile industry is now curious to know what Yamaha will be launching this January. While most think it is going to be a motorcycle that is set to launch, some of the media houses have reported that the motorcycle which is set to launch is Yamaha FZ250.

A Yamaha dealer has revealed a teaser image with the caption “A new breed of riders is coming to town” in January 2017 along with a motorcycle front which is rumoured to be Yamaha FZ250. The new 250cc motorcycle which has been teased is expected to be most powerful Yamaha bike that will be manufactured in India. The price of new Yamaha FZ250 is expected to be in and around INR 1.5 lakhs (ex-showroom, Delhi).

Even before the announcement of the date January 24, we had reported about the spyshots of Yamaha FZ 200cc or 250cc motorcycle. In reference to earlier leaked image, we can assume that this could be the motorcycle that Yamaha will be launching on January 24.

The all new Yamaha FZ250 will be getting a muscular street-bike styling which is based on 150cc FZ motorcycle range. One of the design highlights of Yamaha FZ250 is full-LED headlight, also FZ250 is the second motorcycle to be built in India after Bajaj Dominar 400. The muffler of FZ250 is simlar to that of Yamaha FZ Version 2.0.

Yamaha FZ250 will be powered by 249cc, oil-cooled, single-cylinder, fuel-injected engine. The FZ250 from Yamaha is expected to deliver a maximum power of 20.7PS and a peak torque of 20.4 Nm. The engine is mated to a 5-speed gearbox.

When launched in India, Yamaha FZ250 is going to compete against new motorcycles in Indian market like Mahindra Mojo, Bajaj Dominar 400 and KTM 200 Duke.