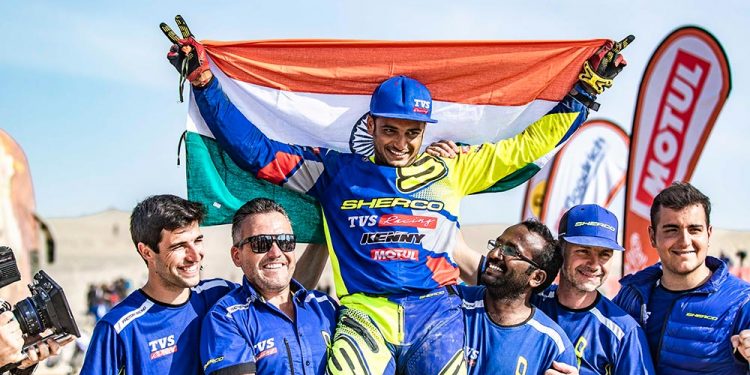 Sherco TVS Rally Factory Team’s Aravind KP has successfully completed the 2019 edition of Dakar making him the only Indian to finish the gruesome rally at 37th position. This is KP’s third appearance at Dakar and this successful attempt to finish the rally has brought glory to the team and the country. This edition of Dakar has been touted as one of the toughest in the history of the rally and only 55% of the bikes completed the gruesome rally this year. The 11-day rally saw riders battle with fesh fesh, sand dunes, beach and rocks with complex navigation at every stage. 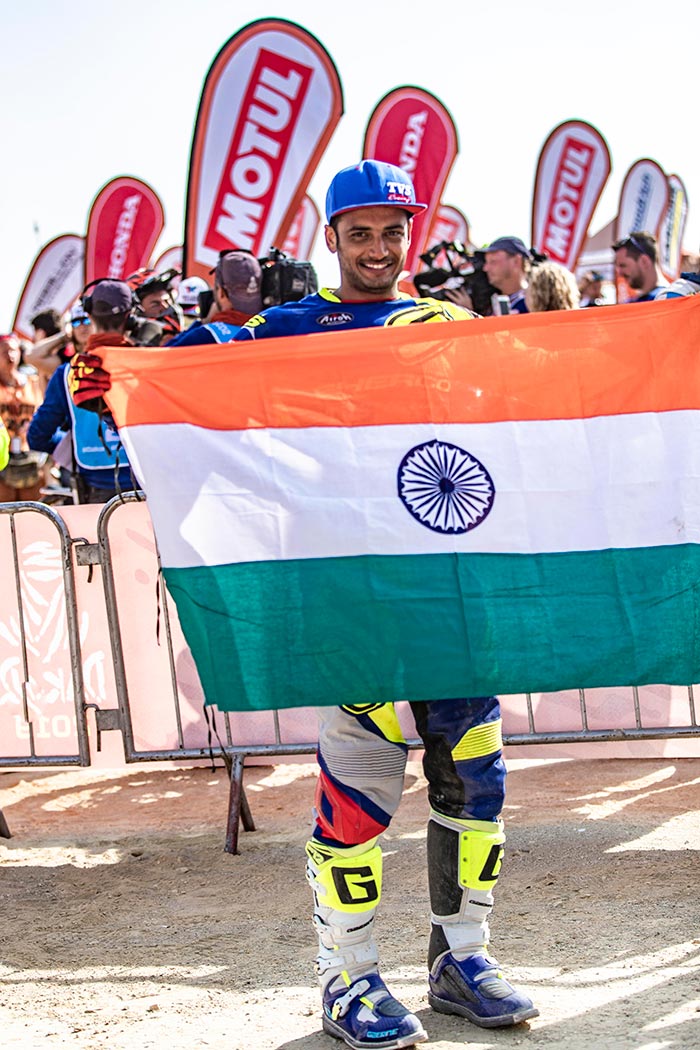 After a steady start in the early stages, Aravind KP picked up his pace in the second half of the rally and climbed up the rankings. Despite a few crashes during the intermediate stages, he fought hard and got to the finish line. KP faced a tricky situation in the penultimate stage of Dakar, when his bike broke down in the sand dunes. He sought help from some spectators and reached the finish line defying all odds. 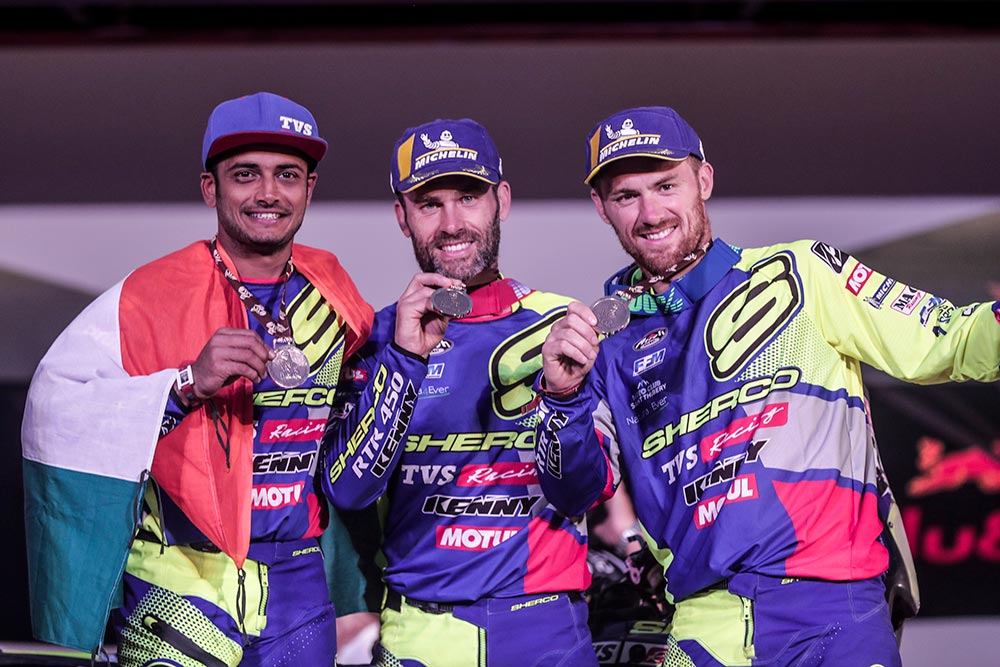 The feeling of finishing Dakar is yet to sink in fully as I have been dreaming and waiting for this moment for 3 years now. It’s difficult to express my feelings at the moment but I am overjoyed to be at the finish line. With multiple injuries in the run up to Dakar, I always knew I had to push myself beyond the comfort zone to finish the rally. The route this year was extremely challenging but I was ready to fight it out and finish one stage at a time. I would like to thank my team especially my mechanic Prakasham for ensuring my motorcycle was in the best shape at the beginning of every stage. I am also grateful to my mentors at TVS Racing & Sherco for believing in my dream and supporting me all along. Dreams do come true if you truly believe in them. I hope my achievement inspires young Indian riders to chase their Dakar dreams and work hard to put India on the world motorsport map. 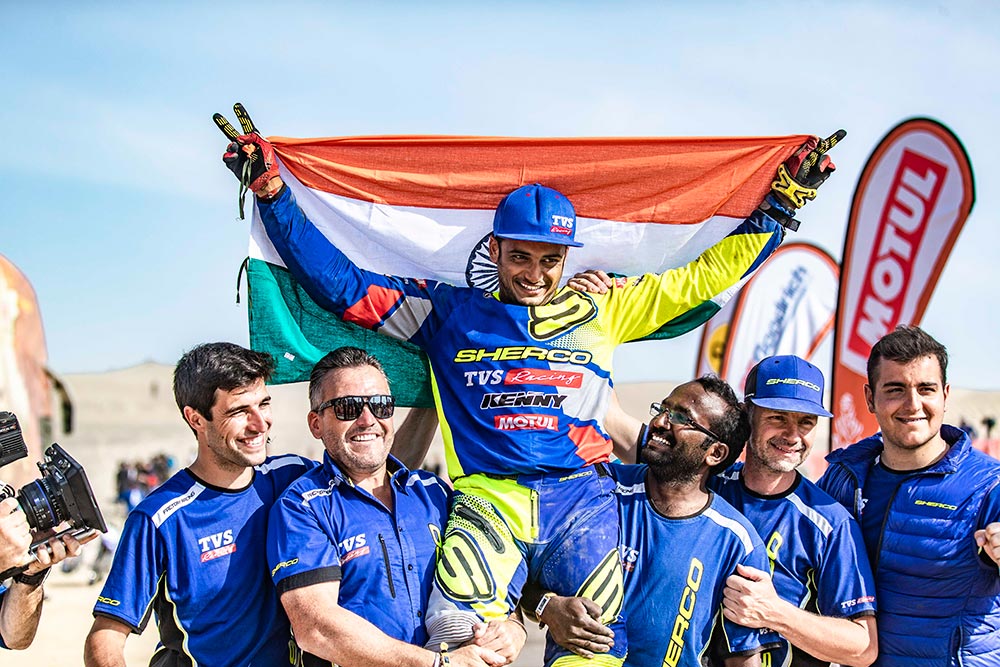 KP’s teammates – Michael Metge and Adrien Metge finished the rally at the 25th and 22nd positions respectively. Michael had a good start at the rally but had a setback on the second day due to fuel outage. He picked up pace in the next stages and broke into top 15 in the third stage. His grit became intense with each passing stage and he won the ninth stage against all lead riders. Adrien Metge strived hard and picked up pace in the first two stages but an unfortunate fall in third stage left him with a sore wrist. His bike fell in the seventh stage and the navigation system got damaged but he continued his journey to finish the rally. Lorenzo Santolino, rookie at Dakar was the fastest rider of the team this year and broke into top 10 in the third stage. Unfortunately, he had to exit the rally in the sixth stage due to a heavy crash. 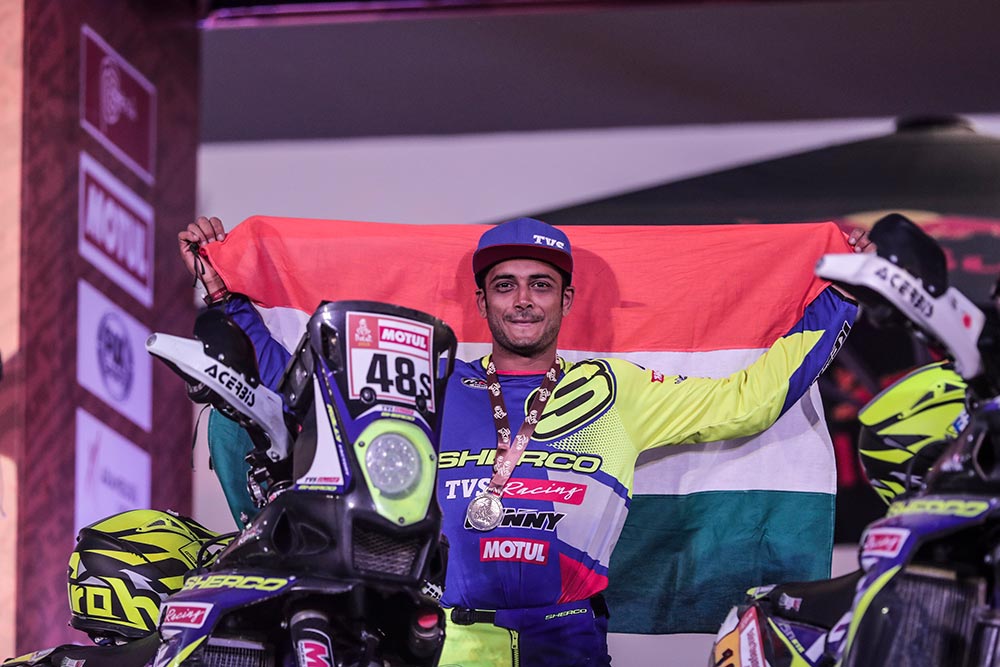 I would like to congratulate all the racers and the team for their outstanding performance at the rally this year. With each passing day at the rally, the level of difficulty shot up manifold and so did our determination. Aravind KP is a talented rider and has a razor sharp focus on his goal and that’s precisely the reason why we chose him to represent us at Dakar. At TVS Racing, we spend a lot of time with the racers to identify their potential and strive to give them every opportunity to prove their mettle. We believe success doesn’t come to anyone overnight, it is an ongoing journey and one might have to overcome many obstacles before achieving glory. It is a red letter day in the history of TVS Racing and we are honoured to be a part of this success story.