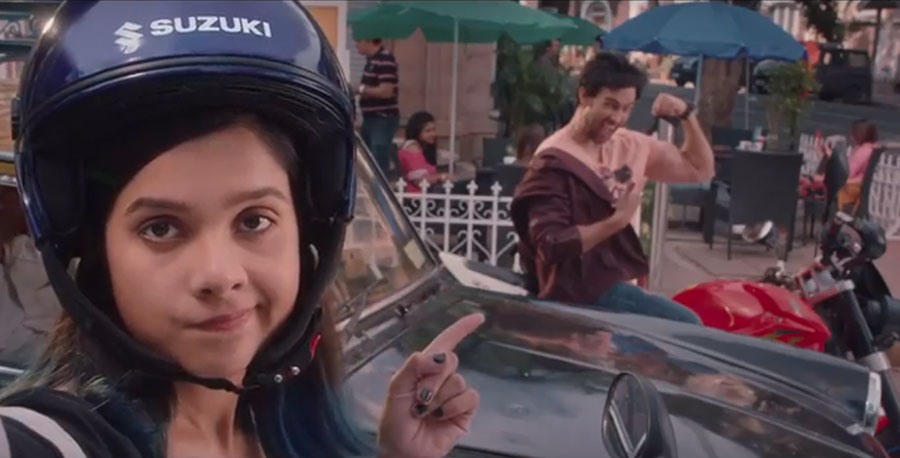 In a bid to promote safe-riding habits and encouraging two-wheeler riders to always wear a helmet while riding, Suzuki Motorcycles India Pvt Ltd. (SMIPL), a subsidiary of two-wheeler manufacturer, Suzuki Motor Corporation, Japan; has launched a new CSR campaign – #CaughtWithoutHelmet. The Public safety advertisement which is currently available on Youtube has grabbed tons of views and is going viral across various social media channels.

Aimed at striking a resonance with youngsters, the campaign encourages by-standers to stimulate the behavioural change in riders, riding without a helmet, by clicking their pictures and uploading them on Facebook using the hashtag #CaughtWithoutHelmet. To promote this campaign, a series of short video films will be launched across Suzuki’s social-media properties such as Facebook, Twitter and Instagram.

Approximately, one in every five fatal two-wheeler accidents are caused due to the rider not wearing an appropriate helmet. Studies also show that wearing the helmet improves the chances of survival by upto 42%! Yet, when we conversed with our young-customers, we realised that while they were aware that helmets enhance safety, they were also casual about wearing it at all times. Through #CaughtWithoutHelmet campaign, we want to encourage a behavioural change where helmet is seen as the most-important riding accessory. Since the youth today is very conscious of their social-media imagery, the #CaughtWithoutHelmet campaign leverages digital media to call-out offenders who do not follow the basics of riding a two-wheeler.

The first video film, which went on-air on Sunday, coinciding with the national road-safety week, takes a quirky approach to promote helmet awareness. The male-protagonist, riding without the helmet, ‘poses voluntarily’ for the ‘female protagonist’; oblivious to the fact that his picture was being uploaded on social-media. When he realises that he has become ‘famous’ for the wrong reasons, and that people were laughing at him, he feels embarrassed. The video-film closes with the message – ‘Famous is one thing. Infamous is another. Do not get #CaughtWithoutHelmet.’

The #CaughtWithoutHelmet campaign will have a sustenance with more digital campaign and BTL activations lined-up for the coming days.