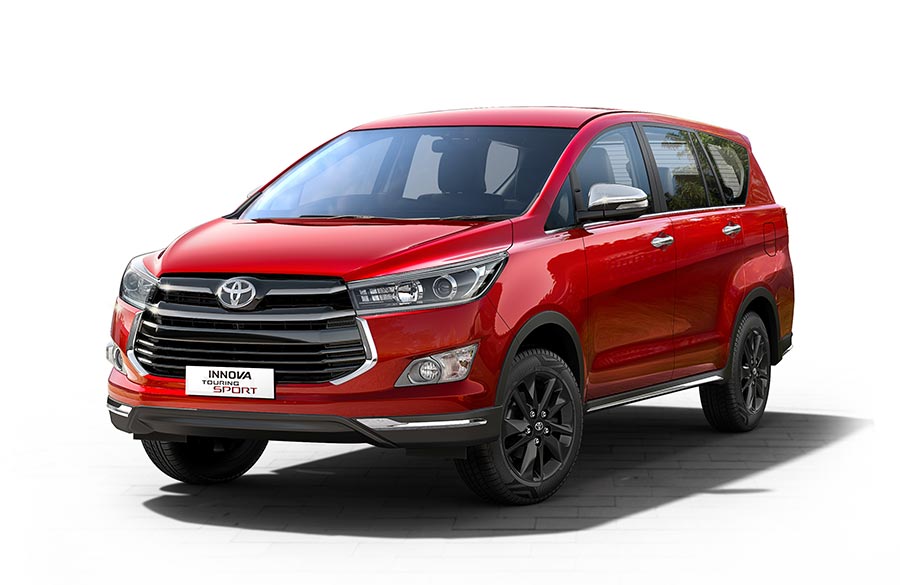 Emphasizing on sporty design, the new Innova Touring Sport comes with a perfect combination of design elements. The all-black front grille gives a distinct appearance and together with the smoked chrome headlamps and front bumper spoiler adds to the style quotient of the car. The red stitches on seat and console box along with the exclusive red illumination combimeter lends a sporty look and feel inside the cabin. The Innova Touring Sport will be offered in a new colour- Wildfire (Red) along with White Pearl Crystal Shine. 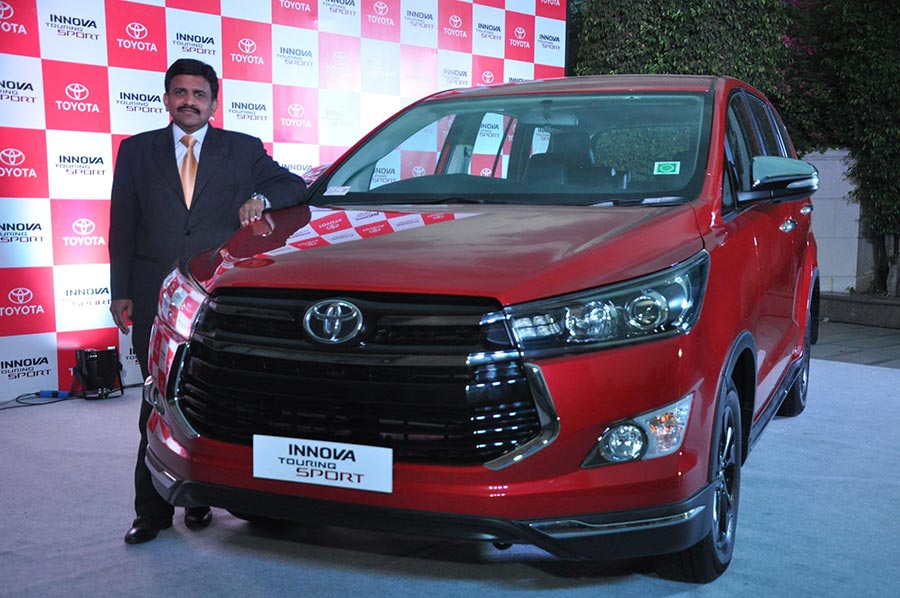 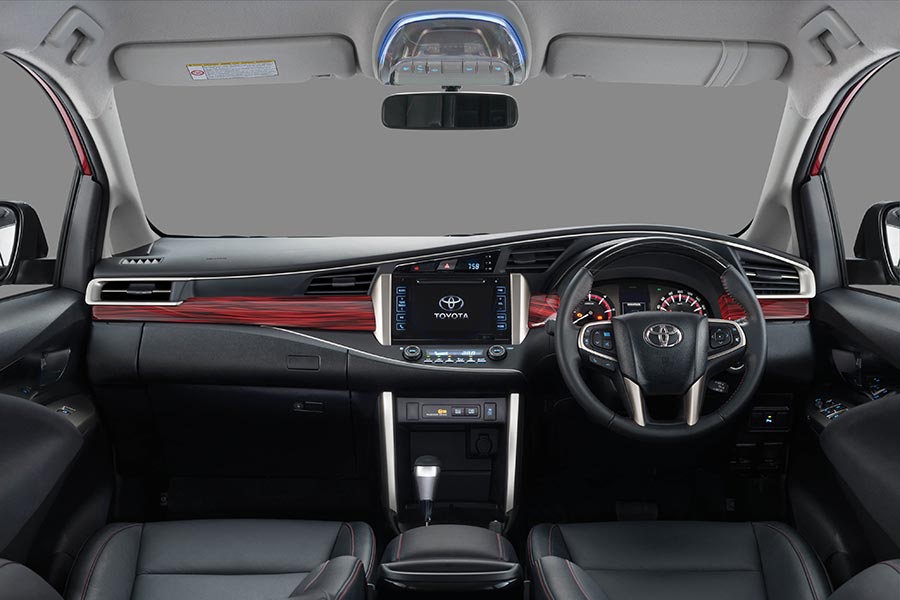 All prices in reference to Ex-showroom Delhi

We are glad to introduce the Innova Touring Sport which is the flagship model from the Innova stable. Brand Innova has maintained its No. 1 position in the segment ever since its launch in 2005 and the Innova Crysta continued this legacy. The Innova Touring Sport enhances the same brand equity by offering a distinct style to a market that wants both the comfort and feel of a MPV and the style of a SUV, thereby enhancing customer delight.
We have paid significant attention to styling and the overall look. The new Innova Touring Sport has been conceptualized, designed and developed to symbolize a modern and sporty MPV with a distinguished statement for the young and modern customers. We are confident that the Innova Touring Sport will set new benchmarks in this competitive segment.

Launch of Innova Touring Sport also marks another milestone for Toyota in India as the Innova Crysta successfully completes its first anniversary in India. The Innova Crysta has received an overwhelming response and has sold more than 85,000 units in just one year of its launch in India. The MPV segment has always been dominated by Toyota products be it the Qualis back in 1997 and later the Innova since 2005. The brand Innova has maintained its leadership positioning in India and this has been further enhanced by the Innova Crysta launched this very day last year. The Innova Crysta has become a household name and today as we celebrate its one year anniversary in India, we would like to thank our loyal customers for their persistent support and trust in brand Innova.

As a brand that is always listening to its customers we realized that the market is looking for something more to differentiate, and the new Innova Touring Sport fulfils the customer and market requirement of an MPV with the styling like SUV. The Innova Touring Sport makes a distinguished statement with a dynamic new design that’s aimed at people who have a distinctive taste & style. The new Touring Sport combines sporty design, advanced technology and sophistication that are bound to delight our customers. We are certain that with this new offering from Toyota, we will further enhance the brand’s appeal in India”, he further added.