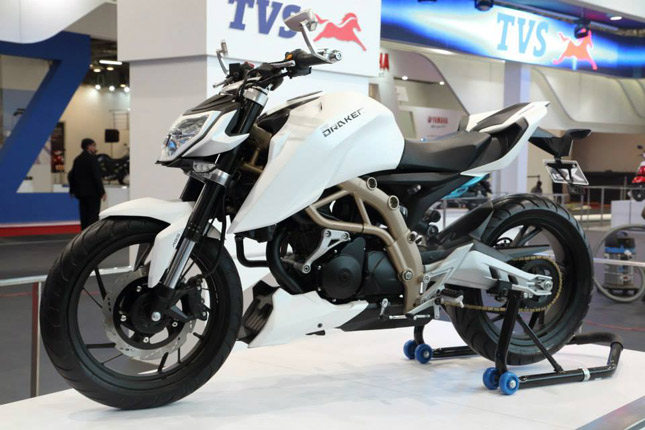 According to the source, the new 110 cc TVS motorcycle will be called the TVS Radeon, and is likely to have premium features, including an all-digital instrument panel, and like the TVS NTorq, could also boast of being smart connected, sporting features like a dedicated app, and satellite navigation connectivity.

TVS had showcased a 125 cc motorcycle concept as early as the Auto Expo 2012, although the new TVS Radeon is expected to get a completely new design and bodywork.