by Chethan Thimmappa
in Cars, Volkswagen
2

Popular German car maker, Volkswagen would be launching the Volkswagen Beetle in India very soon. Ahead of its launch, the complete product brochure of new VW Beetle is leaked with all details related to its specifications and features.

As the product brochure is leaked, it indicates that India edition of the car is almost nearing its launch schedule in India. This is not a brand new launch, it is actually a re-entry into India in its latest avatar.

When it comes to exterior details as per the brochure, the new Volkswagen Beetle has its timeless silhouette intact but receives new bi-xenon headlamps with LED DRLs, bumpers, alloy wheels, taillights and the spoiler. The interior of new Volkswagen Beetle car shall receive minor improvements including a new steering wheel. 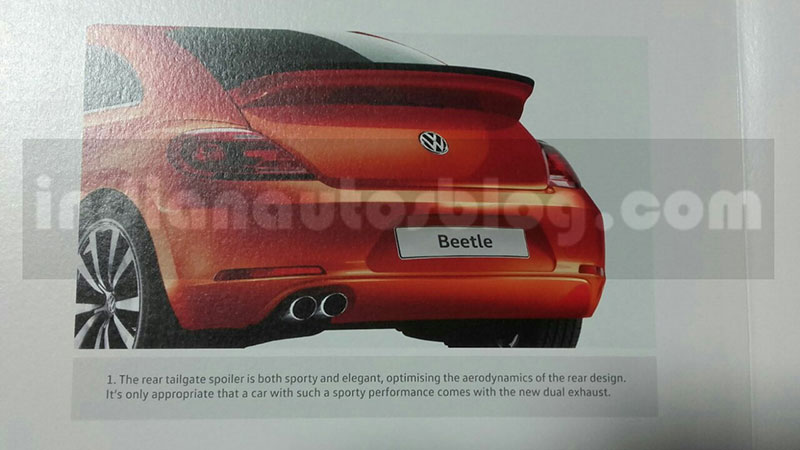 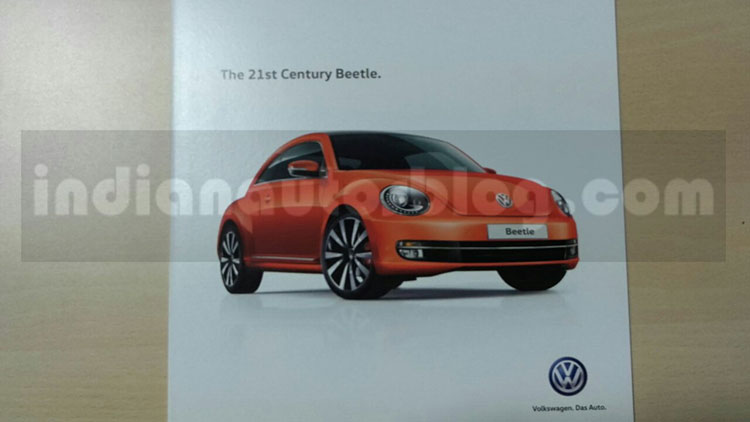 The new Beetle for the Indian market will be available with a 1.4-litre TSI turbocharged petrol engine that is mated to a 7-speed DSG gearbox. Engine of the car delivers a healthy 147 PS (110 KW) of power.