by PR Bot
in Cars, Volkswagen
0 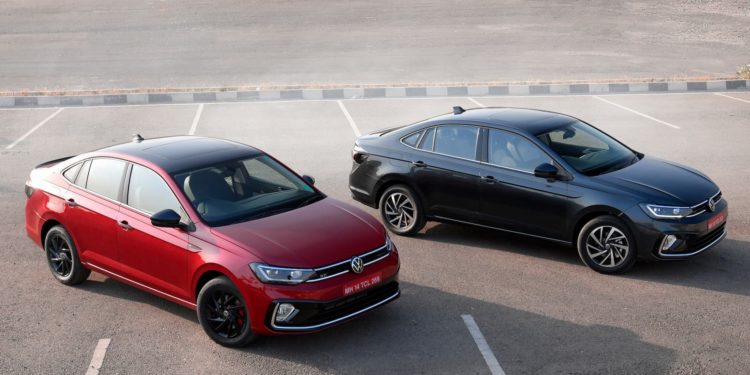 The Striking, Exhilarating and German-engineered Volkswagen Virtus has been successfully delivered to over 5000 customers across India in just over two months. Since its market introduction in June 2022, the Volkswagen Virtus has reignited the premium midsize sedan segment and gained immense popularity and appeal among aspirational Indian customers.  A truly global carline, the Virtus embodies the core DNA of the Volkswagen brand of superior build quality, safety and a fun-to-drive experience.

“The Volkswagen Virtus is a strong product offering in the premium midsize sedan segment in India with its ‘Big by’ design and features. The acceptance and admiration given by our customers to the Virtus is overwhelming and we look forward to delighting many more customers with our best-in-class products and services.”

The new Volkswagen Virtus is available across 152 sales touchpoints in India at an introductory price of INR 11.21 lakh (ex-showroom). Recently, the Volkswagen brand also announced the introduction of the Virtus under its Omni-channel mobility solutions. The Virtus is now available under the Volkswagen Subscription and Power Lease that enables customers to choose from their preferred ownership models that are convenient and hassle-free.

The Volkswagen Virtus is offered under the Dynamic and Performance Line that is powered by the globally acclaimed TSI technology by Volkswagen. The Performance Line is equipped with the 1.5l TSI EVO engine with Active Cylinder Technology (ACT) mated to a 7-speed DSG transmission, delivering peak power of 110 kW (150PS) from 5000 to 6000 rpm range and peak torque of 250Nm at 1600 to 3500 rpm. The 1.0l TSI engine on the Dynamic Line is mated to a 6-speed manual and 6-speed automatic torque converter transmission, delivering 85kW (115PS) power ranging from 5000 to 5500 rpm and 178 Nm of torque at 1750 to 4500 rpm.

Hyundai IONIQ 5 to get Spacious and customizable interior